Honoring a buried past: Finding the first grave of an 1898 Wilmington Massacre victim

WILMINGTON, N.C. — In remembrance of the 123rd anniversary of the 1898 Wilmington Massacre, the city is hosting a series of commemorative events to honor the lives lost, including a memorial service for a man who never received a funeral after being killed in the coup.

Researchers and community members involved with The Third Person Project managed to locate the unmarked grave of Joshua Halsey, who was one of the victims of the 1898 massacre.

The founders of the organization, John Sullivan and Joel Finsel, set out to digitize the registry of Pine Forest Cemetery so that it would provide easier access to the treasure trove of history. Neither one expected that years later they would have played a crucial part in finding the Halsey family plot and uncovering the unmarked grave.

“We started simply with the mission of digitizing that document, but John ... he researches like no other person I've seen,” Finsel said. “He'll stay up all night on a name, digging through census documents, ancestry information. It was really John who pushed to find the locations of these men.” 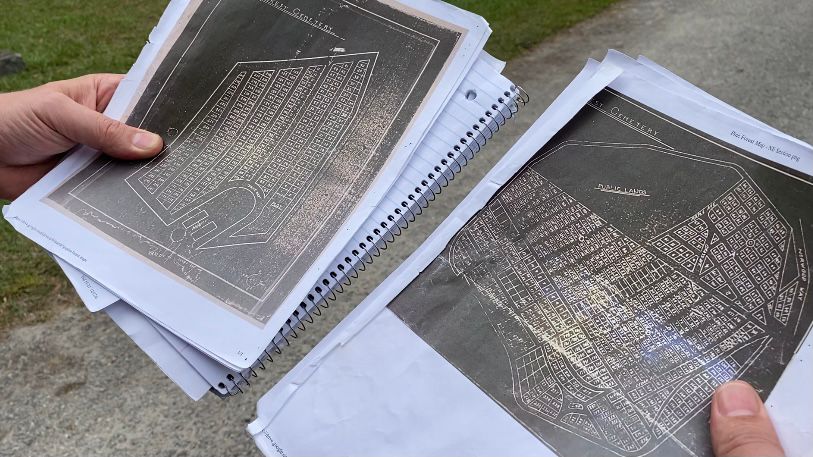 Copies of the maps used to locate the unmarked grave

Pine Forest Cemetery is a symbol of Black excellence and prosperity for the time period and was a safe haven for many people running for their lives on November 10, 1898. Sullivan said he would not be surprised if there were more victims buried nearby.

“In the old registry, two massacre victims were listed as being buried here,” Sullivan said. “It doesn't mean a lot more people weren't buried in the public ground and in fact we know many people died in the swamps behind the cemetery because this is where people ran in 1898.”

Even though this cemetery is extremely well-preserved for its age and has records that date back to its early years, changes over time made tracking down Halsey's resting place much harder. 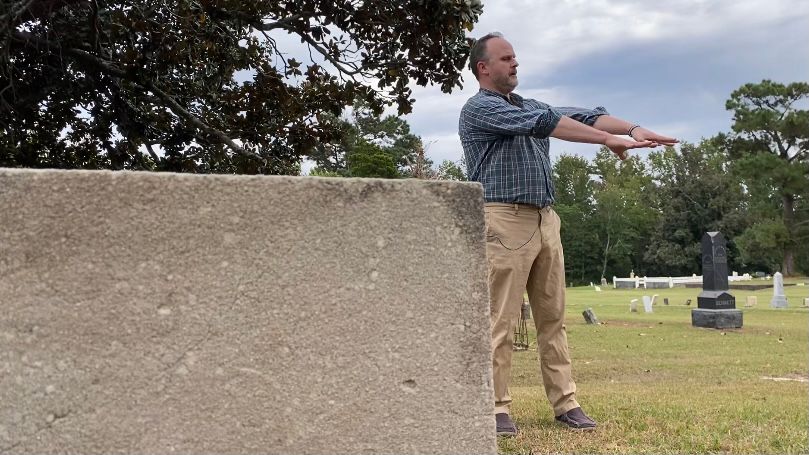 John Sullivan points to the plot of land where Joshua Halsey is buried.

“There's the old registry that exists on microfilm that dates all the way back to 1863 and goes up to the 1970s and then there's a newer registry,” Finsel said. “The sections are labeled differently now so the section we're going to today where Josh Halsey's unmarked burial place is, is section C in the old documents but it's section J in the new documents.”

When they put all the pieces together and the grave was finally located, Sullivan said there were mixed emotions.

“You don't celebrate because it's dark,” Sullivan said. “It's a dark history, and it's not our history.”

This find is a major breakthrough for researchers, but Sullivan said he expects to be working to preserve and protect the history of  Wilmington's Black community for the rest of his life, whether it be through the collection of primary documents or enabling students to understand and dig into the world that existed pre-1897.

“A bastion of black excellence — the kids need to know that that's what this city produces,” Sullivan said.

This grave is the first of any of the victims to be located, and in honor of Halsey's life there will be a funeral procession and graveside service that will include his direct descendants.