How climate change is affecting tropical storms in our mountain region

HAYWOOD COUNTY, N.C. — Climate scientists say that the intensity of tropical storms is increasing right alongside the average global temperature, and that's not just hurting coastal regions, but even the mountains of our state.

In Haywood County, Tropical Storm Fred caused deadly flooding. The water came at such fast rate, virtually no one could prepare.

Six people died as a result of the intense flooding that hit the town on August 17.

Smathers grew up playing football on the high school's field, which was destroyed when the Pigeon River flooded most of the city that summer night.

"I mean this is stuff is glued down very well, you know, engineered and it was ripped up like a banana peel," Smathers said. "And it goes to show you the intensity of the storm."

The turf was put in the last year or so and had a dollar sign around $1 million. This flooding event wasn't the city’s first rodeo when it comes to major floods. Back in 2004, when Smathers’ father was mayor, two hurricanes hit the gulf within 10 days.

Pisgah Memorial Stadium’s field peeled back due to flooding.

"The feeling was that these were two 500-year floods, and that we would be good for a while," Mayor Smathers said. "We made it 17 years.”

The two floods had some similarities, Smathers said, like the water level.

"But it was the intensity of this storm. It's the damage of this storm and where, you know, you expect things to be flooded by the river, not across the road and far away from the river," Smathers said. "There were plenty of things and homes and businesses destroyed well beyond the flood maps.”

They’ll have to go back and update the flood maps. He called them useless after this last flood.

"I am not a scientist, but I think I can look back and not just here locally but across the United States, and we are seeing storms and weather events that are bringing an intensity," Smathers said. "We’re constantly breaking records and and there's no, you know, history to compare it to.”

We talked to University of North Carolina at Asheville Professor Christopher Hennon about the intensity of the storms and whether climate change is playing a role. Hennon previously worked for the National Hurricane Center and has been studying hurricanes for 25 years. He now teaches atmospheric sciences.

"When you look over the last 100 years, there's really been no increase in the amount of landfalls," Hennon said.

But, he does believe it is increasing the amount of rain these storms bring, making the storms linger around longer after landfall. 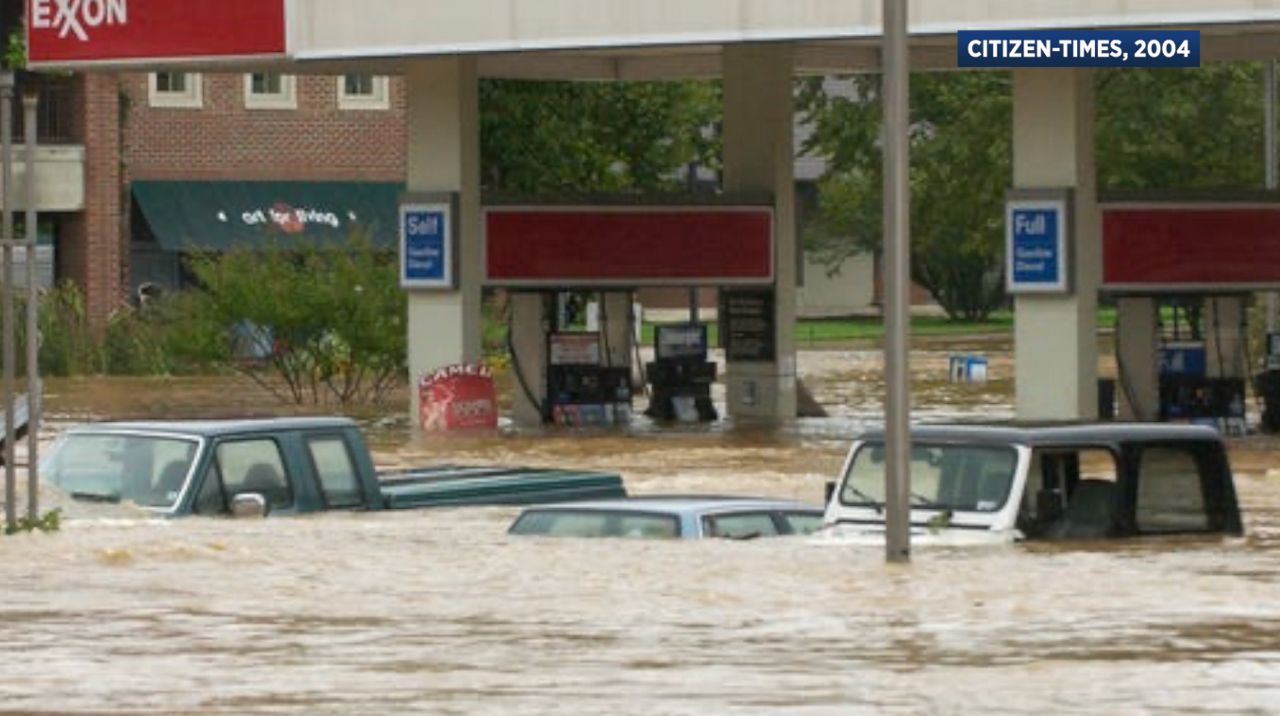 "Well, one thing we are really confident about with climate change is that we will get more rain. As the atmosphere gets warmer, there's more moisture in the air and the same thing with tropical cyclones. We are expecting them to produce more rain in the future," Hennon said. "So as more rain gets produced and tropical cyclones continue to hit the United States, you're going to get more rain for any one event, and the frequency of the heavier rains is also going to increase."

That’s why flood maps will have to be redrawn, eventually, and a little sooner for Haywood County.

Mayor Smathers knows he can’t compete with Mother Nature, but what he can do is try to get out ahead of her.

"If we can't have a warning system that gives our people more than an hour and a half to prepare and get out that's a problem," Smathers said. "I am going to try to get in the weeds of the policy of it to see what can we do to prevent this from happening over and over again.”

The National Environmental Modeling and Analysis Center at UNC Asheville has created a climate resilience toolkit where they run scenarios and try to assess the risks of events. The center's goal is to have that information available to policymakers and officials to help in preparing for future disasters.