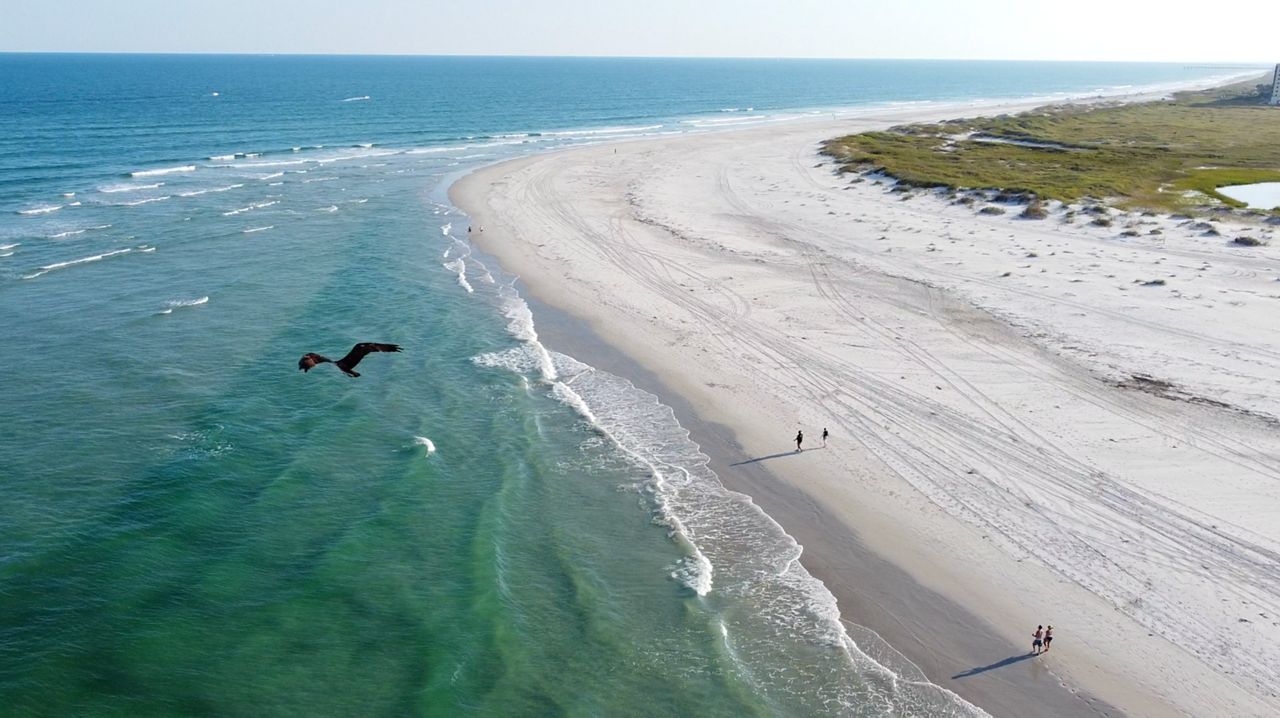 WRIGHTSVILLE BEACH, N.C. — The battle against beach erosion is a constant on the North Carolina coast. Rising seas threaten cities, beaches and barrier islands, but some of the most rapidly shifting sands are actually found along inlets.

Mason Inlet currently looks like it did in the 1970s and 80s only because in 2002 coastal engineers, including Spencer Rogers, recommended it be relocated to an area it wouldn't threaten buildings.

The inlet had come within 100 feet of Shell Island Resort, the farthest building on the north end of Wrightsville Beach, and was moving at a rate of one foot per day when engineers were called in.

One side of an inlet is constantly eroding, while the other is accreting or slowly building up; however, that can switch at any given time. While beach erosion and sea-level rise are hardly visible, changes in inlets can often be drastic and unpredictable.

“The fastest moving shorelines in the state are the actual inlet shorelines between the two islands, but what is often underestimated is the oceanfront areas near the inlet are also changing much faster than other non-inlet areas,” Rogers said. “The scale of the difference is 10 to 100 times faster changes.”

Buildings along inlets are required to have a certain amount of buffer based on the rate of erosion that inlet is currently experiencing in a year, but as the Shell Island Resort found out, nature doesn't necessarily stay constant.

“Nobody could've predicted the change in the migration rate of this inlet at the time the building was constructed,” Rogers said. “We have a long history of moving small buildings out of the way of erosion threats, but when the building is this big it's not practical to pick it up and move it.”

Mason Inlet is now maintained every three years, but the relocation has allowed it to be largely stable for the past 20 years and has provided more breathing room for the resort.