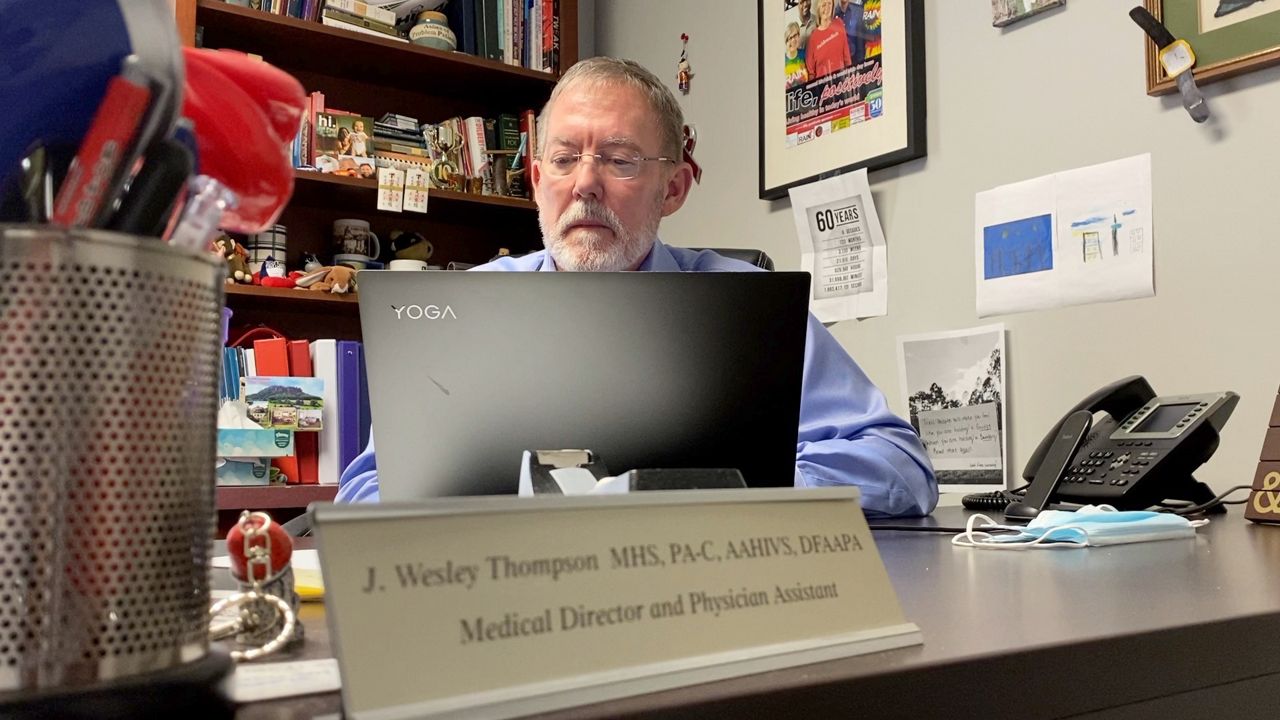 CHARLOTTE, N.C. — It's been 40 years since the first cases of AIDS was reported in the United States.

On June 5, 1981, the CDC published a report about the first five cases of what later became known as AIDS

On June 5, 1981, the Centers for Disease Control and Prevention published a report that cases of a rare lung infection, pneumocystis pneumonia, were found in five young gay men in Los Angeles.

Wesley Thompson was an undergraduate at Wake Forest University when he heard about the report on the evening news.

"It absolutely scared me," said Thompson, who is openly gay. "I didn't know if I already had it...I didn't know how to find out because we didn't have a test for it."

A few years later, Thompson was a graduate student at Duke University Hospital when he met his first AIDS patient. He recalls watching a nurse refuse to treat him.

"She threw her badge at the charge nurse and said 'I refuse to touch those people. I quit,'" Thompson said.

Thompson went into the patient's room instead.

"When I was done [drawing blood] I told him that I needed to go to class and I would stop by after supper and check on him," Thompson said. "I pulled my respirator down and gave him a kiss on the forehead and told him to have a good day."

When Thompson returned, the room was empty.

"The charge nurse ran up to me and grabbed my shoulders," Thompson said. "She said, Wesley, I want to tell you he told me what you did, and you were the last person to touch him and treat him like a human."

Nearly 40 years later, Thompson reflects on the breakthrough treatments he provides for his patients living with HIV. A silver-haired caretaker, he once thought he would be a missionary before finding his calling closer to home and shifting gears to study primary care.

He began to treat patients at the height of the epidemic.

"I was still scared to death of [HIV and AIDS]," Thompson said. "I didn't want people to think I had it... I was very leery of it, and I still avoided it during my training."

He was turning HIV and AIDS patients away until a familiar face showed up to his office.

"Here was this dirty strawberry blonde, 5-foot-7 guy, and I realized if you added a hundred pounds it was someone who I dated 10 years earlier," Thompson said. "Immediately the dam broke, I cried, he cried, and I said yes, I will be your [primary care provider], and I went to management and told them I have to learn."

As Thompson began to treat his ex and other AIDS patients, he watched firsthand how the disease ravaged a life.

"On [my ex's] sixth treatment, he started shaking badly, and so I sat and held him, which I had done before, but this time the shaking stopped and he passed in my arms," Thompson said. "It was life-changing."

Throughout the 1990s and 2000s, Thompson watched as new drug treatments became available. By 2012, medical experts declared HIV-positive patients could live as long as those who test negative.

"We went from trying to survive the illness to thriving with the illness," Thompson said.

Thompson is now the HIV director and physician assistant at his clinic in Charlotte, Amity Medical Group. Thompson creates a welcoming environment for the roughly 20 patients he sees each day.

"I'm a little bit silly," Thompson said. "I like to joke around."

For a man who has lost so many, he wants his patients to know that living with HIV is no longer a death sentence.

"I've been honored to be part of watching this miracle occur," Thompson said.

Mecklenburg County has the highest concentration of HIV cases in the state. Data from 2018 show 648 of every 100,000 people are living with the virus. Experts guess another 3,000 don't know they have it.

For county-by-county data on HIV cases in North Carolina, visit the AIDSVu website.

Thompson works as the co-lead for Mecklenburg County's 'Getting to Zero' plan to promote treatments and educate people about HIV.

To learn more about HIV and AIDS treatment and prevention, visit the CDC’s website.