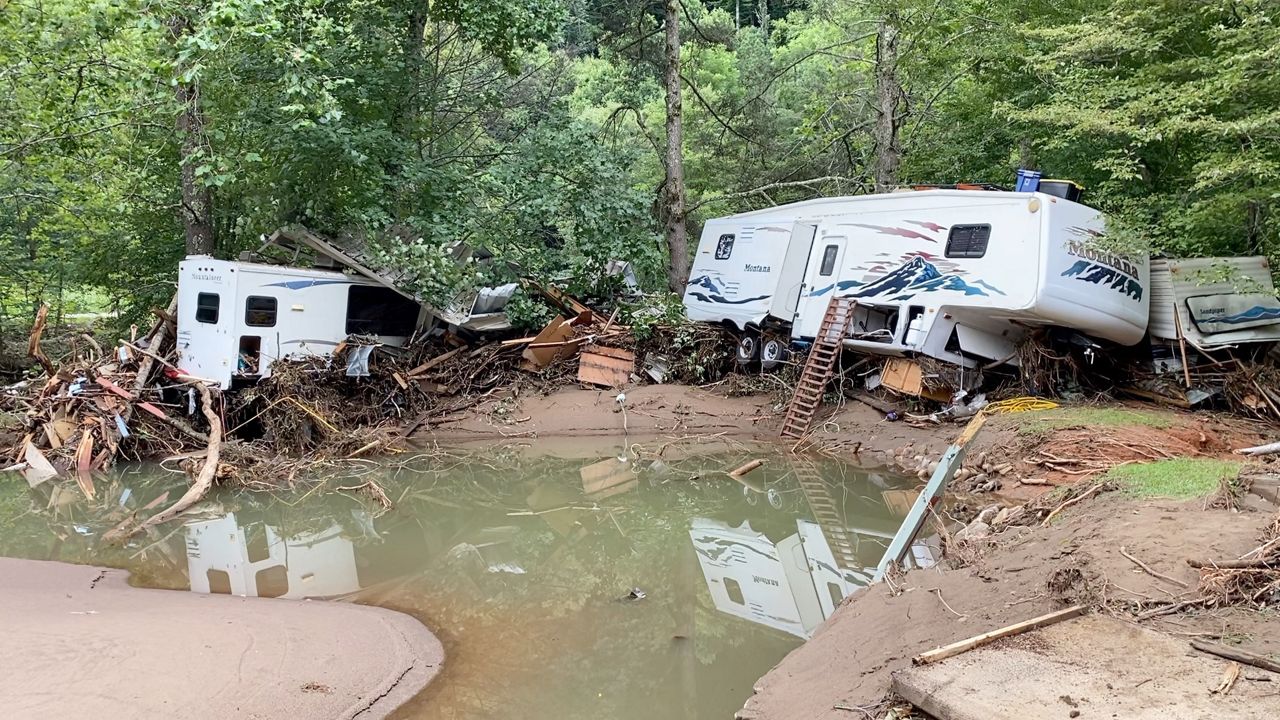 CRUSO, N.C. -- A campground in Cruso is destroyed after devastating floods caused by Tropical Depression Fred.

Campers are mangled along the river, homes are gutted and flooded cars are littered across the campground

Sherrie Lynn McArthur and her family have run the Laurel Bank Campground for about 50 years.

“It was beautiful, and I was in wonder every day how my father [built it],” McArthur said.

The popular campground is near a bend of the Pigeon River.

"It's gone, but everybody had such good memories," McArthur said.

Tuesday's flooding swept away campers, cars and homes off their foundation.

Heartbreaking photos of what’s left of Laurel Bank Campground in Cruso — where crews have been focusing their search and rescue operations. @SpecNews1CLT pic.twitter.com/MdBX4wUFfd

"All the campers in the upper end just started crashing and going down the river...just camper after camper," McArthur said.

Campers are left mangled along the river, homes are gutted and cars are littered across McArthur's property. She says several people camping either remain missing or were found dead.

"[One woman's] husband got washed away and [she] is probably beside herself still," McArthur said.

The last time the campground flooded was in 2004 when Hurricane Ivan passed through North Carolina. McArthur says she was able to rebuild then, but this time it's different.

“I mean this makes that flood like it was nothing," McArthur said. "Nobody here has ever seen anything like this.”

McArthur doesn't have flood insurance and by the looks of the destruction, she's not planning to rebuild.

“Now it’s not a question of how or who [will take over the campground]...it’s just, I don’t know what to do with myself," McArthur said.

McArthur says she "has no idea" when the campground will be cleaned up since many crews are still unable to get to the property as several roads and bridges remain damaged or destroyed in Cruso.