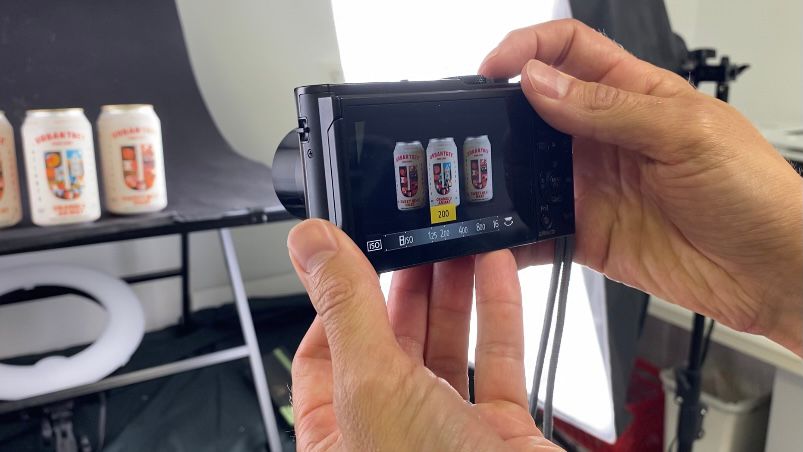 More than a label: Behind the scenes of craft beer branding

WILMINGTON, N.C. — Matt Ebbing considers himself extremely lucky to go to work every day and genuinely love what he does.

North Carolina has the most breweries in the American South

But he rarely gets acknowledged for his work. In fact, most people probably have no idea Ebbing and his company, Ebbing Branding and Designs, are behind some of their favorite drinks.

“We're trying to take real stories from brewers and distillers and actually bring them to life in sharing them with other people,” Ebbing said.

Four years ago, Ebbing saw a gap in the craft beer branding market his skill set could fill, but it was slow progress to where he is now.

Small breweries have boomed in the last 10 years, and Ebbing has grown accordingly. His day-to-day operation may not have expanded much, but he's now turning away clients eager to work with someone as passionate about telling stories as he is.

“We're sort of a little bit of a unicorn, its hard to find any group that's worked with as many breweries as we have, much less actually be a small boutique-sized agency right here in North Carolina,” Ebbing said. 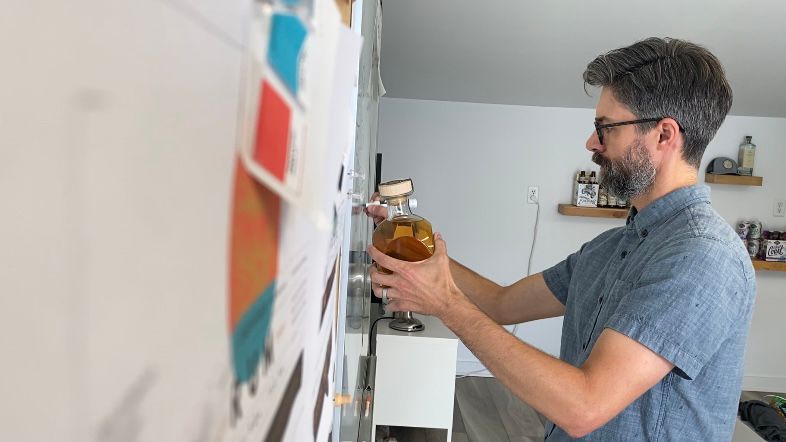 Matt Ebbing works on sketching out logo possibilities for a local distillery.

Wilmington isn't the place big-name brands go to look for designers, and Ebbing knows he's a fish out of water being located on the coast rather than a big city, but it's not the market that drives him.

In his former careers he's done it all, but nothing has captivated him quite like the passion brewers and distillers have for their craft has.

“When you work with someone like a brewer with a distillery, there's innately a passion and so much authenticity and soul to the stories they have to tell. It just makes the work in some cases better or more fun to be a part of,” Ebbing said.

He makes it his mission to dive into a brewer's story and pull out the parts that will help the customer connect not only with the drink in their hand, but the person who made it.

He doesn't need the customer to know who is behind the graphic or the colors or the logo on the packaging, because when a brewer succeeds, he counts it as a victory himself.

“That's really why we're in it — we're excited to work for just about anybody and do a great design,” Ebbing said. “If we can help our clients win that comes back to helping us win.”

Ebbing's work was the recipient of three awards in this year's Craft Beer Marketing Awards competition. His goal is that each time he designs a product, it builds up the craft beer branding industry as a whole.