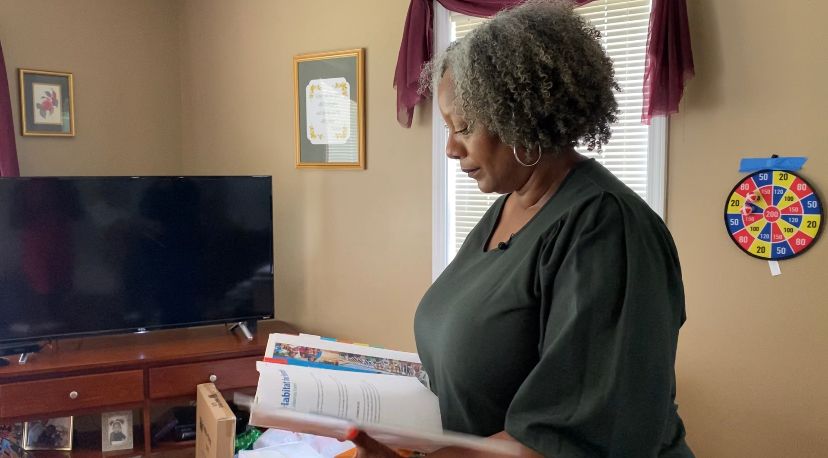 Kannapolis woman pays off home during pandemic, now helps others

KANNAPOLIS, N.C. — According to Construction Coverage, a Los Angeles-based construction content website, only 38% of homes in the U.S. are paid off. Audrea Chapman says this is a minority she’s happy to be a part of.

Twenty years ago, Chapman lived with her mother and stepfather, sharing a room with her 5-year-old son. She says she had plans of eventually owning a home and hoped her dreams would become reality through Habitat for Humanity.

“I had been praying for 30 days that the Lord would change Habitat’s heart, the committee's heart so I could get a home,” Chapman said. Chapman sits on the porch of the home she now owns, recalling her faith during the waiting period before she was selected as a recipient of Habitat for Humanity's affordable housing program.

Chapman says the process wasn’t easy. The committee considered credit worthiness, financial stability and living conditions. Chapman also had to volunteer. But she says her upbringing encouraged her to change her legacy.

“I saw my mom struggle so much as a child. I think me and my brother just got in our minds, we didn’t want to repeat. So we just wanted to do better,” she said.

Twenty years after living with her mother and stepfather, Chapman made her final payment on her home.

Chapman wanted to do more than just help her own family, so she joined Habitat for Humanity's board of directors to help other first-time homeowners.

“I think it’s a good opportunity for a homeowner to be on the board. We can share what we were up against...Having someone like me on the board is inspiration to others," Chapman said.

Habitat for Humanity Cabarrus representatives say during the pandemic, none of their homeowners missed a mortgage payment. One of the board of directors spoke about how they made this possible.

Shelton says Chapman is the gold standard of what the nonprofit hopes to do: Help first-time owners pay off their home, then pay it forward to the next person.