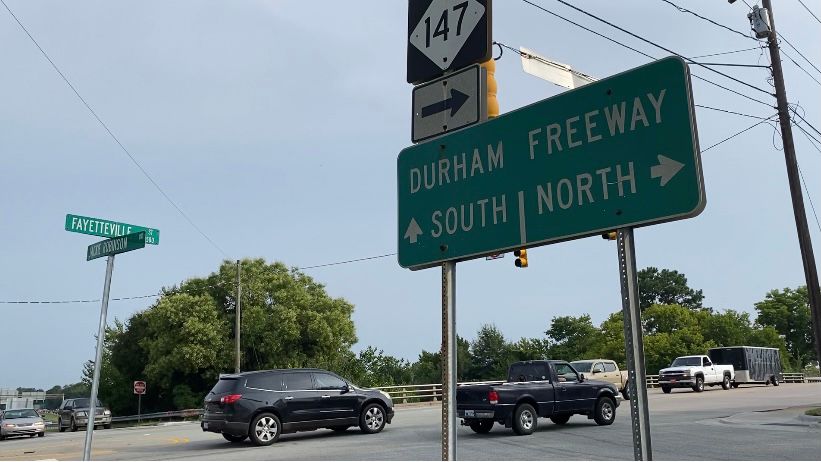 DURHAM, N.C. — Community members are launching a new initiative called Hayti Reborn to invest in parts of historic Durham that have been ignored.

An intiative help the area called Hayi Reborn is being launched

Businesses and homes were torn down in the 1950s for a freeway, but community was never restored

Black people in the Durham community owned hundreds of businesses along Fayetteville, Pettigrew and Pines streets in the early 20th century. This community was known as Hayti.

In 1958, the Durham Redevelopment Commission launched several projects of urban renewal. This included demolition of several businesses and homes in the Hayti community to make way for the Durham Freeway. Dr. Henry McKoy, who is launching Hayti Reborn, says the 1950's project was supposed to help rebuild the community, but never did.

"People are owed something," said McKoy.

McKoy says Hayti Reborn is in the planning and fundraising stage to systematically and permanently eliminate wealth gaps based on race and ethnicity.

"There's still a foundation here in Hayti," said McKoy. "There's still a kind of spirit that remains, and it looks a bit broken. It perhaps has some overgrown aspects around it, but it's still here."

McKoy is looking for partnership with the city, county, private and public sector to make Hayti Reborn successful.