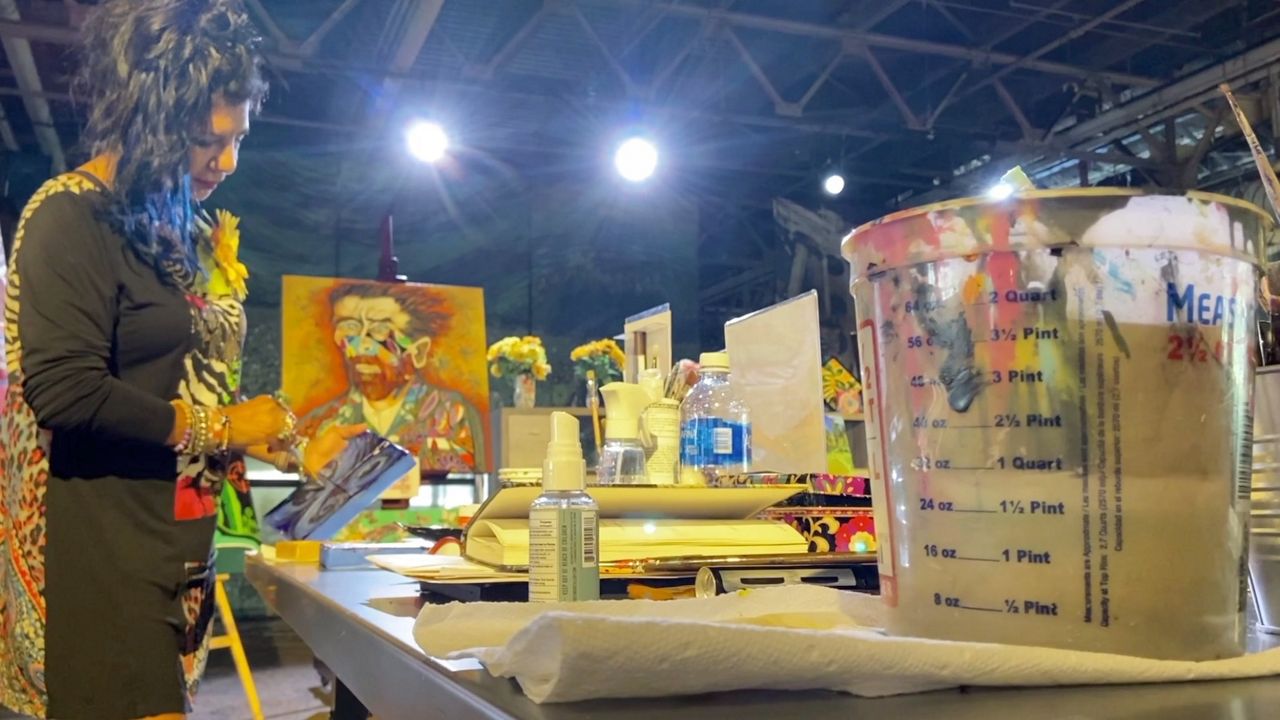 CHARLOTTE, N.C. — For the next month, all of Rosalia Torres Weiner’s work will center around Vincent van Gogh.

Torres Weiner is one of 10 artists taking part in an artist residence program with the Immersive Van Gogh exhibit in Charlotte.

“When I found out that I was going to be at this residency I had to learn more about Van Gogh,” she said. “So I watched movies, and I read, and then I went into my home studio at 10:30 p.m., and I had to paint him.”

While people enjoy the sights and sounds of the acclaimed Dutch artist, Torres Weiner is creating one-of-a-kind pieces people can purchase afterward.

Her art is typically about immigration and social justice, but all of that can still be felt through her work on display, along with touches of Mexico City, her original home.

Becoming an artist is what sent Torres Weiner to the United States 26 years ago. Decades later, it also led her to Bree Stallings.

Stallings is Blumethal’s Director of Artistic Experiences and was tasked with selecting Torres Weiner and other artists for this residency.

“I mean if you want to catch people interacting with your work…people are in a good mood, they want to come talk about your pieces, they want to get to know you, this is it,” Stallings said. “It’s the yummy spot that all of those artists are seeking."

For the next month, Torres Weiner will get the opportunity to sell her work, get paid and most importantly connect with many different people.

“This residency has allowed me to interact with a huge, huge diverse community,” Torres Weiner said.

This exhibition is mostly about van Gogh, but it’s also about artists like Torres Weiner, who like van Gogh, are able to bring people together using art.