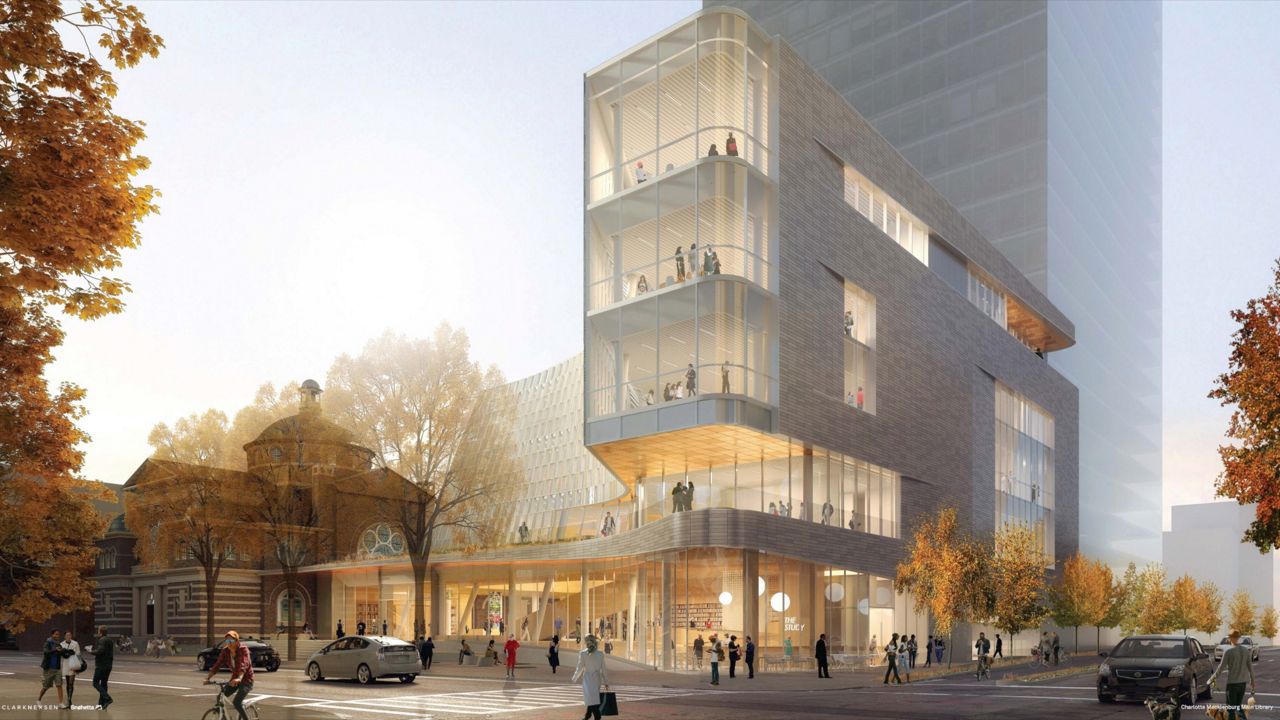 CHARLOTTE, N.C. — It’s been years in the making, but Charlotte will soon get a new main library.

The current main branch in Uptown will be demolished in a few months to make room for a new five-story building.

On the second floor of the Charlotte Mecklenburg Library is where you’ll find Mimi Curlee. Curlee has spent the last three decades working as a reference librarian at the main branch.

Her time inside this building is slowly coming to an end though.

“It will be 30 years, and now they are tearing down the building that I’ve basically been in for most of my career,” Curlee said.

On the third floor sits Jenni Gaisbauer, the woman in charge of raising $135 million for the library system’s new main branch. After years of talks, in 2019 renderings were unveiled showcasing a new five-story, state-of-the art library.

“I think everyone is really excited,” Gaisbauer said. “Our heads are very much still down trying to get everything ready and make sure that the community is really happy about this building, and they’ll use it and feel proud about it.”

So far Gaisbauer been able to raise just over $101 million with just $34 million left to go.

“It is just raising more than just the capital for the new main library,” she said. “It’s programming and technology for our system, and so there’s a lot of needs throughout the community that we are trying to fulfill.”

This new building is expected to be completed in early 2025, replacing the current main branch on North Tryon Street.

Curlee knows this new building is needed, but she won’t forget the people and moments she’s experienced in the place where her career started.

“I hope there are a lot of people in Charlotte who will have good memories of this building and the services and the resources they found here,” she said.

The demolition of the current main library on North Tryon Street in Uptown is planned to happen by the end of this year.

The library will hold a public send off so that the community can come out and say goodbye to the building before it's demolished.