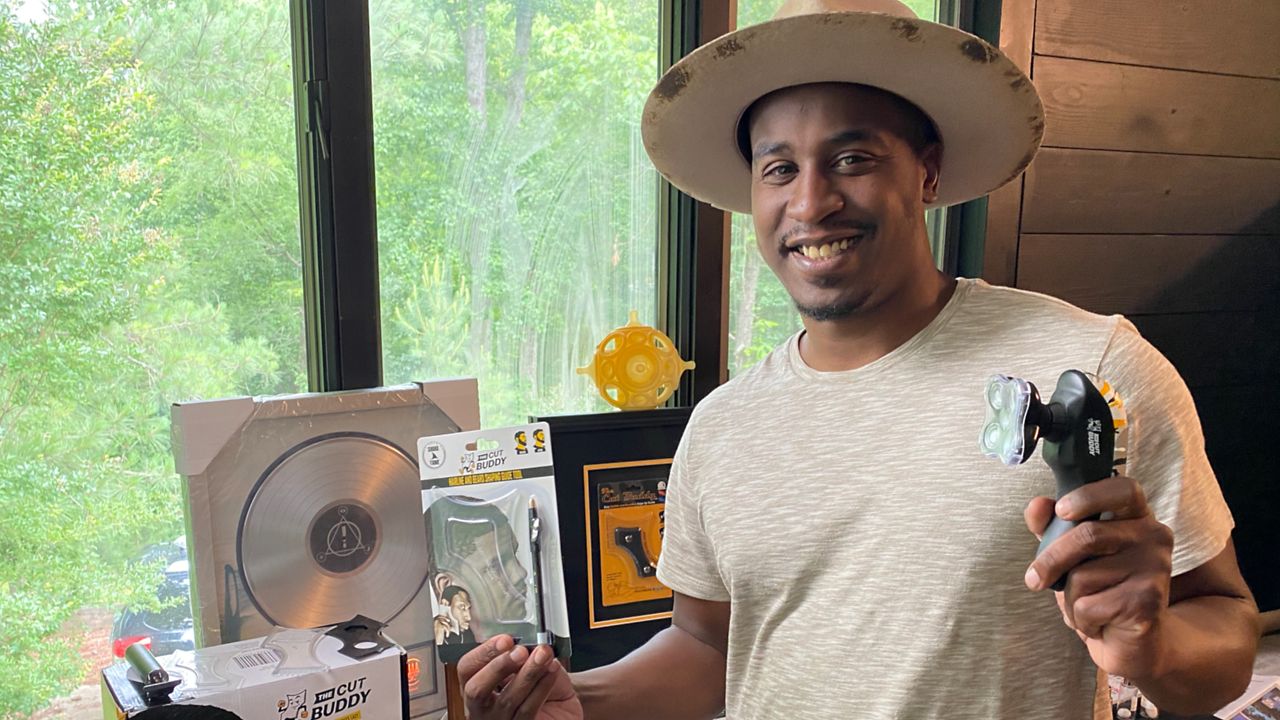 CHATHAM COUNTY, N.C. — Some Black-owned businesses in North Carolina are getting a boost from Amazon's Black Business Accelerator.

One of the businesses the company is working with is called The Cut Buddy. It was invented by Joshua Esnard, who lives in Pittsboro.

The Cut Buddy ​is a tool that allows people to cut their own hair at home. Esnard came up with the idea when he was 13 years old, growing up with his Dad.

"So, he's cutting my hair and he had one haircut and it's just like a buzzcut and ya know, that's cool when you're a little kid, but when you get to 13 years old, you're like, 'I need the cool styles, I need my edge up nice,'" Esnard said.

To achieve new styles, Esnard cut up detergent bottles and other plastic goods to start making templates he could use to help him cut his hair. More than 10 years later, The Cut Buddy was officially patented.

Since then, Esnard has been seen on "Shark Tank" and sells his products online through Walmart and Amazon. He said just when he wanted to give up, he got an email from a disabled veteran, who was unable to cut his own hair before this tool.

"He ended the email saying, 'Thanks for making such a beautiful product because now people with disabilities can have nice haircuts too,'" Esnard said.

With Amazon's BBA, Esnard said he is learning more about marketing and how to best sell his products.

​"Smaller businesses generally don't have the resources or the means to actually invest in marketing and things like that," Esnard said. "So having a bigger business give over $100 million to mentor Black-owned businesses really helps us feel like we have a fighting chance against bigger corporations."

Amazon's BBA is a $150 million investment to build sustainable growth for Black-owned businesses. Over the next four years, entrepreneurs will have access to financial assistance, business education and mentorship.​ Click here to learn more.