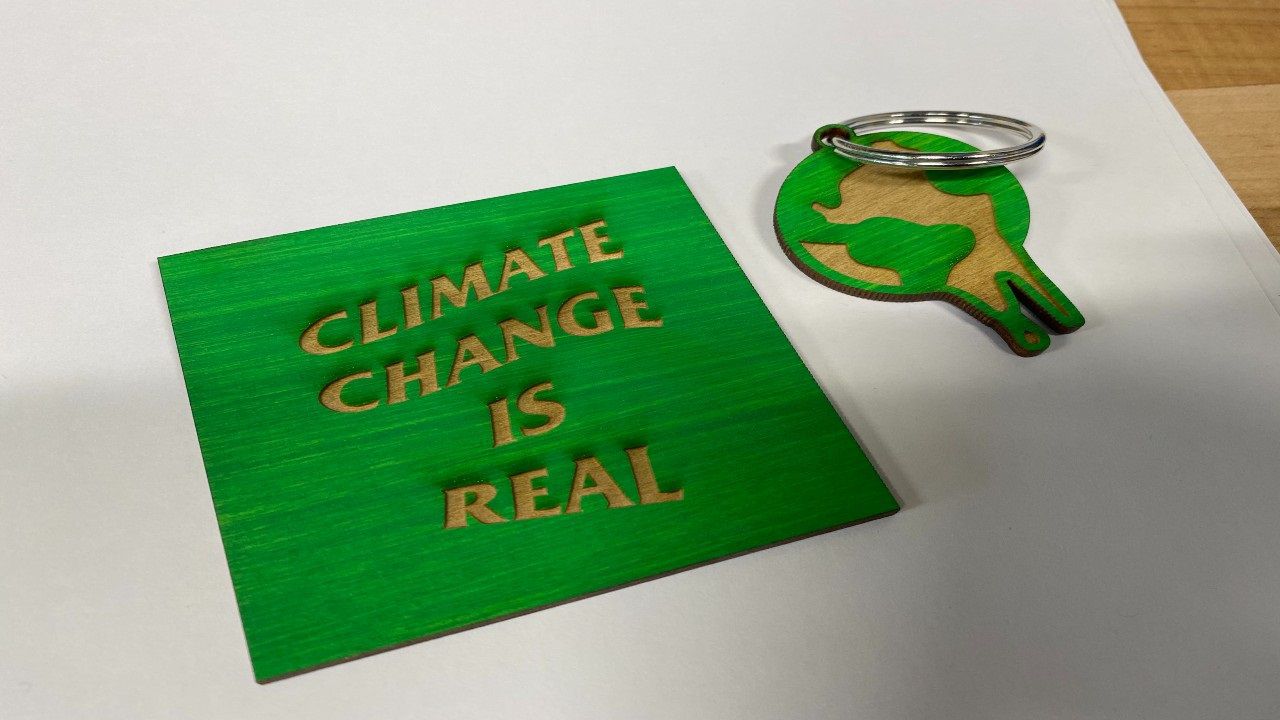 ELON, N.C.— A recent Elon University graduate left college with more than just a degree — he also left as the founder of Climate Change Apparel, an apparel and accessories company that he started during his sophomore year.

Matthew Mitten’s message on the clothing and accessories is clear — they say “Climate Change is Real” in plain letters. He drew up the designs and started selling the items on campus.

“I really liked the designs I had made,” Mitten said. “People told me they would buy them, and I thought, ‘What the heck? What do I have to lose by jumping into this?’”

Two years later, he’s moving right along in his business. He started a website, and has begun selling to customers across the country.

“It’s pretty cool knowing that people in California and Florida have my shirts and my sweatshirts,” Mitten said. “And I’ve never even met them, so it’s a really fun opportunity.”

Mitten expanded his knowledge about climate change and ecotourism during his study abroad trip to New Zealand last year, and formed an even bigger respect for the organizations actively fighting it.

“Personally, I think climate change is the biggest threat that our planet and humanity faces,” Mitten said. “So, being able to do anything related to it is really meaningful and important to me. I don’t think a lot of people have really realized yet how big of an issue it really is.”

Mitten donates a portion of his monthly sales to organizations combating the issue, like The Environmental Defense Fund and The Sierra Club. He also partners with Reborn U in Raleigh to use sustainably sourced clothing. The shirts and sweatshirts are made of 100% recycled materials and are made in North Carolina.