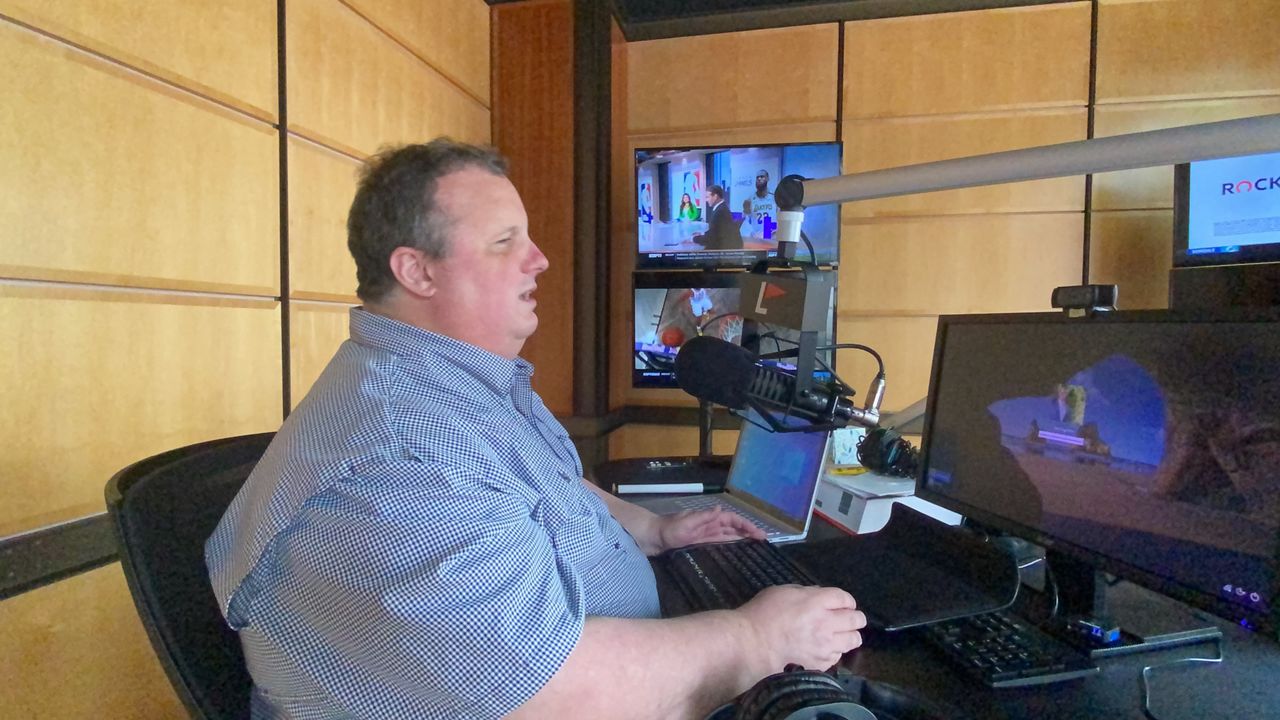 WINSTON-SALEM, N.C. — According to IFB Solutions, 70% of the United States’ visually impaired population is unemployed. Mike Mote, IFB Solutions’ manager of accessibility and workforce development, is empowering its employees with training in assistive technology.

Mote was born blind, but that hasn’t stopped him from doing what he loves. As a child, he became interested in radio broadcasting with his brother, who is also blind. Through the years, Mote has broadcast baseball, football and basketball games. For the past 17 years, he has called games for Learfield IMG College.

“The better the broadcaster, the more you like the game, so I try to remember that with my stuff,” Mote said.

Living as a visually impaired person, Mote has learned about different technology that can help with his broadcasts. His newest piece of equipment is a Braille display reader. The assistive keyboard connects to multiple devices, reads screens and turns it into Braille right under his fingertips. It’s similar to switching tabs on the internet.

“There’s no reason why we can’t do the same things everybody else does,” Mote said.

IFB Solutions in Winston-Salem is the largest employer of the visually impaired in the United States. Mote teaches employees how to use assistive technology like job access with speech (JAWS). It’s a computer program that reads the screen and helps employees create documents like a PDF. Mote says assistive technology expands the abilities of people who are blind.

“Maybe 15, 20 years ago, I don’t think you could say we were as able to do the things that sighted people can do, but I think now we’re basically on the same playing field,” Mote said.

Other recent tech, like apps found on smartphones, grant the visually impaired with new independence. Mote uses an artificial intelligence app as a money reader. Scanning a dollar bill with his iPhone can tell him exactly what he has in his wallet.

"I can do this myself. I can take care of me. I don’t need somebody worrying about me giving money away,” Mote said.

While manufacturing is a large part of IFB Solutions, it also has Workforce Services, which serves as an avenue to connect workers with jobs in other industries.

Using assistive technology, visually impaired workers can train to be sales representatives, data analysts and customer service representatives. Many of them go on to work in travel, finance and health care industries.

Mote emphasized that it’s important for employers to hire people who are visually impaired. Using assistive technology gives them the same ability as any other employee.