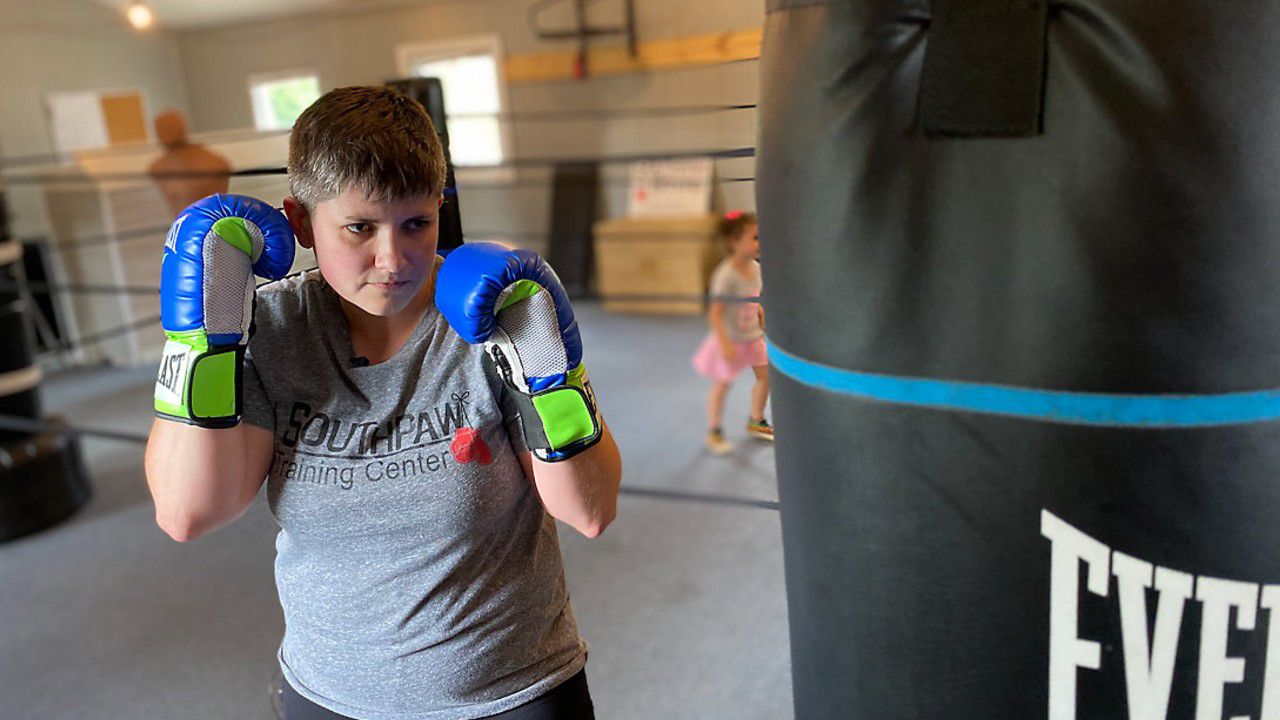 CHARLOTTE, N.C. — One North Carolina woman says she is about half the weight she was three years ago. It’s all thanks to her goddaughters who inspired her, and a new sport she found.

Crystal Winfield says she usually plays with her goddaughters a few times a week. However, three years ago, playtime was a lot tougher. She said she could barely pick up the kids.

“It was like five minutes in that I would be winded and couldn’t play anymore,” Winfield said. “They hated it, and I hated it.”

At the time, she weighed about 300 lbs. She wanted to make a change, no matter how hard or how far she had to go. One day she drove by Southpaw Training Center. At the time, it was about 15 minutes from her home. After a few weeks, she moved about an hour away, but she kept going to classes.

“I was commuting an hour to an hour and a half to boxing, four or five times a week,” Winfield said. “It was a lot of time in the car, but it was worth it. The people here were great, and the motivation of having a class was fantastic.”

Winfield also changed her diet. She did intermittent fasting in the morning and tried only to eat when she was actually hungry. She admits eating healthy and working out was not easy. The boxing classes usually consisted of three minutes on and one minute off.

“The first six months of working out, I could not make it through a whole three minutes,” Winfield said. “It was brutal.”

But she had someone to keep her motivated. She often brought her goddaughters with her. They would do their own activities or sometimes box themselves. In the end, Winfield lost 140 lbs.

“It’s a world of difference,” Winfield said. “Part of it is that I came here for so long, it’s been really hard work, but I did it.”

Winfield loves the sport so much she has started teaching boxing classes once a week. Her goal is to inspire others, young and old.