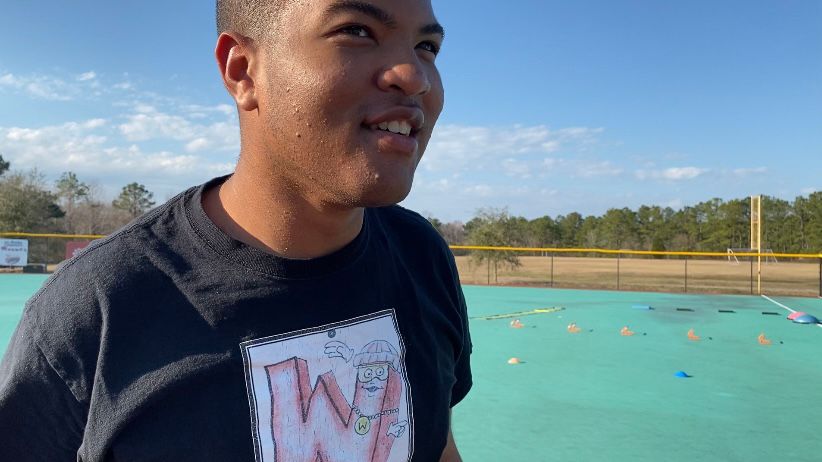 Building a Successful Life With Autism

WILMINGTON, N.C. — Grelynn Bradley's life changed forever 16 years ago when her son Evan was born and later diagnosed with autism. Her immediate reaction was how to make sure he would have the best life possible, and she's been working on that ever since.

“It kind of hits everybody differently, but for me personally, it was just, 'OK, what do I need to do?',” Bradley recalls. “And so it was at that point, it was like doing all the things that we needed to do with making sure that he was in the right class and that we were getting him the services that he needed.”

Autism is a lifelong disability that focuses around an issue with how the brain processes information.

Bradley says people with autism typically struggle with social interaction and communication, but it's unique for each person that has it. According to the Centers for Disease Control and Prevention, 1 in every 54 children has autism but there is no known cause.

“I think that our kids have such gentle souls, but that they have such potential,” Bradley says. “They love and they're so sweet, but even though they process it differently, they just want to be treated, you know, just like anybody else.”

She says one of the most common misconceptions about people living with autism is that they aren't capable, but Evan is well on his way to being independent. After school he does chores like laundry, cleaning his bathroom, and making his bed, and he's working on basic life skills like cooking simple meals.

She does worry about things other parents may never consider, like who will take care of Evan and how he'll be treated by the world.

“I do, I worry about him being taken advantage of because he's so sweet,” Bradley says. “And even though he takes speech therapy, he doesn't have as strong of a voice as far as like advocating for himself.”

She works with organizations and support groups so that neither she or Evan feel alone in some of the challenges they face. Bradley is a veteran of these groups after all these years, but she says she sticks around because it's so important that other families realize there's an entire community to support them.

“You need to be around other people that are going through the same thing that you're going through, and then you realize you're not alone,” Bradley says. “And there's no like guilt about how you're feeling and no judgment and we're all in the same place.”

There are many resources available for parents and families, and the sooner services can be put into place, the more likely a person with autism will be successful in life.

For more information on resources, visit the Austism Society of North Carolina's website by clicking here.