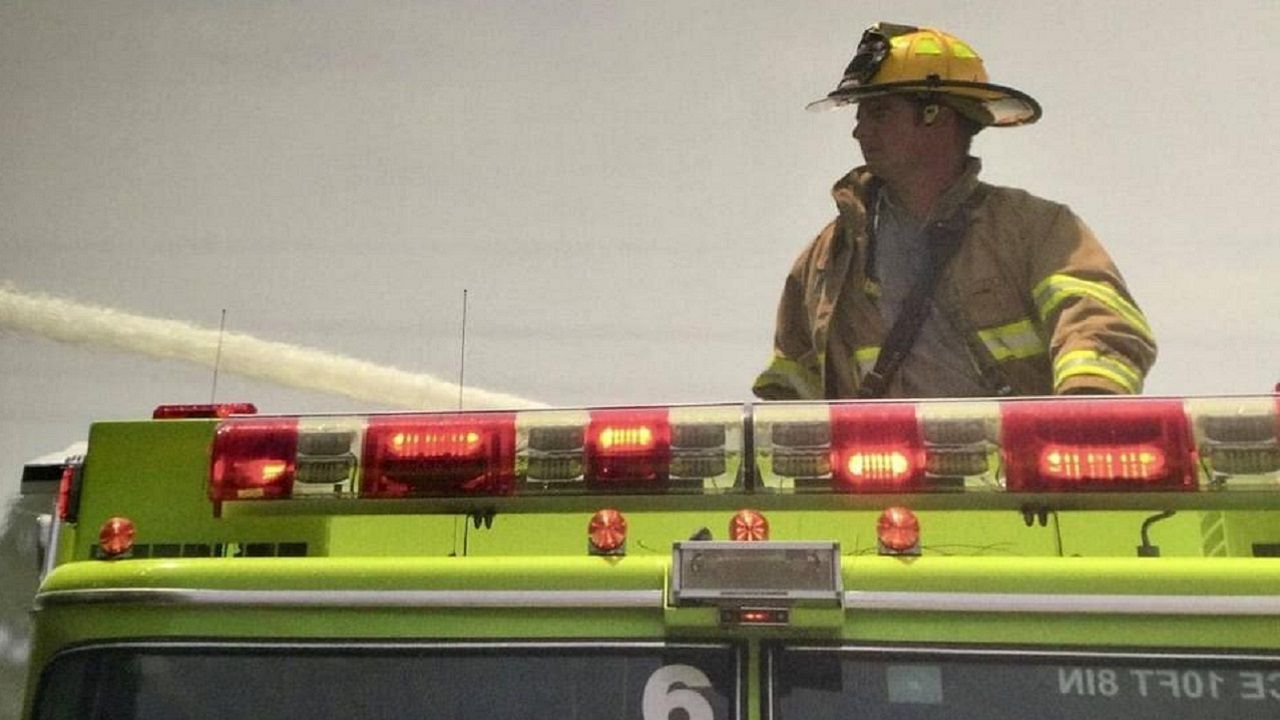 A lifelong fan of Alabama football witnessed the Crimson Tide roll past Ohio State 52-24 to claim the 2021 College Football Playoff National Championship. Longtime fan Brian Wolnewitz, who played linebacker at Guilford College, had the time of his life.

A firefighter for 19 years with Palm Beach Gardens (Florida) Fire Rescue, Wolnewitz was one of only 14,926 fans at Hard Rock Stadium in Miami Gardens, Florida due to the COVID-19 pandemic.

The tickets were purchased for him by Firefighters to the Rescue, Inc., a charity dedicated to helping those who help others.

The father of four says he was diagnosed with a rare form of lung cancer last January and was only given months to live.

"I contracted cancer by breathing in some smoke. I was never a smoker, so I was taken aback by the news of the diagnosis," Wolnewitz says.

When he was diagnosed, the cancer was already in stage 4, Wolnewitz says.

"The toxins that we take in after the fire is out, my body breathed something in that it didn't recognize, and I developed cancer in my right lung," he says.

Born in Tuscaloosa, Alabama, Wolnewitz grew up in Jupiter, Florida and remembers seeing Alabama play in the Blockbuster Bowl in Miami as a kid with his father.

A linebacker at Guilford College in 1996, Wolnewitz says he has lifelong friends from his time in Greensboro.

The night of January 11, 2021 was a year and nine days after his diagnosis, and Wolnewitz was watching his beloved Crimson Tide roll their way to another national championship, but what happened before the game was what touched the firefighter the most.

His story caught the eye of Alabama center Landon Dickerson before the game.

"It caught Landon's attention and he decided to FaceTime me before the game when me and my best friend were driving down there, so I was pretty surprised to say the least," Wolnewitz says.

Dickerson, an All-America center, has put items up for raffle with all proceeds going to Firefighters to the Rescue, Inc.

The relationship between the two has grown, and Wolnewitz is appreciative of Dickerson.

"I'm still blown away. That money will go a long way to help people like me and families of first responders," Wolnewitz says.