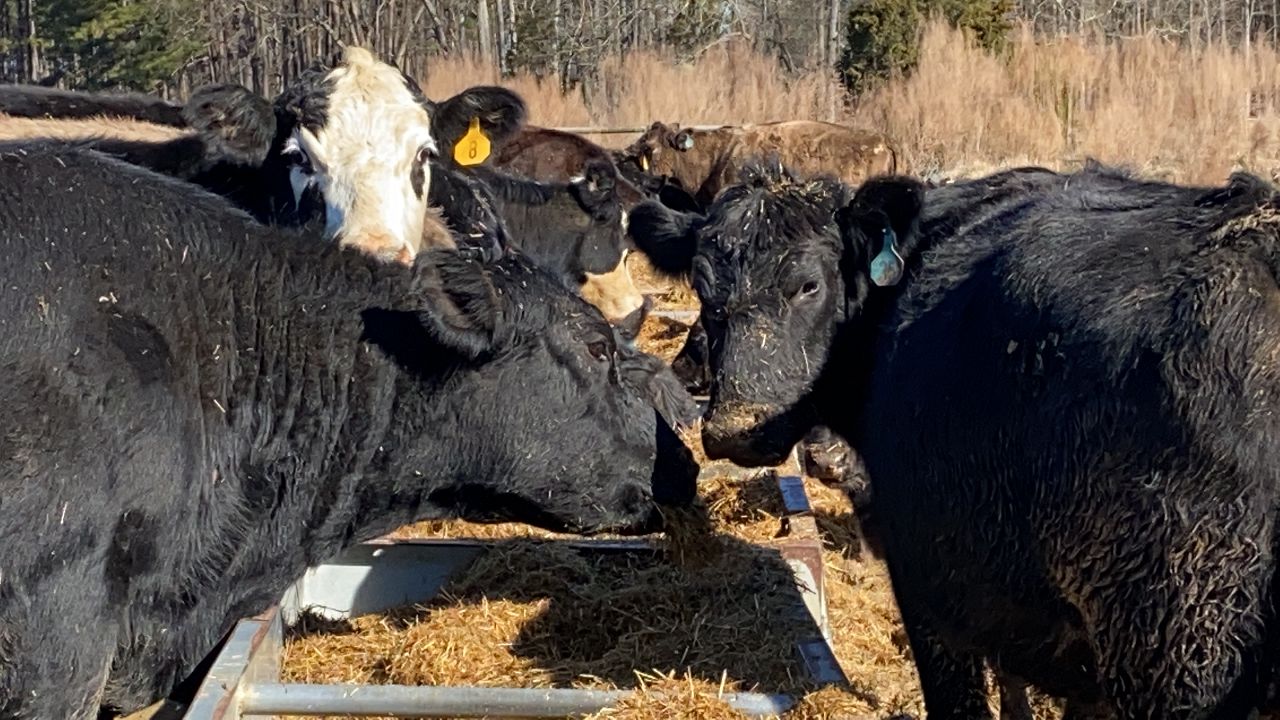 Stephen Thomas owns a small cattle herd in addition to his main line of hay farming. Thomas says the last couple of years have been successful enough he has been able to invest in improvements on his farm, including a new corral.

Like their counterparts nationwide, North Carolina farmers continued working in the face of the worst pandemic in a century. During his annual State of Agriculture address Wednesday morning, N.C. Commissioner of Agriculture Steve Troxler said the state's agricultural exports increased dramatically last year, especially thanks to the resumption of normal trade with China. Pork exports to China alone jumped by 20%, while sweet potato exports to the Middle East began for the first time.

Thomas says other than a major weather event, which is impossible to predict, he sees two main challenges heading into 2021. One is rising fuel prices, which means higher fertilizer costs. The other is new environmental regulations. Both could lead to costs being transferred to consumers in the form of higher grocery prices. Thomas says that depends on whether consumer demand offsets any changes in cost.

Troxler says he expects the federal Farm Bill will contain environmental provisions, though it's too soon to say what shape they might take. He says he was glad to see N.C. Department of Environmental Quality Secretary Michael Regan nominated to head the EPA, noting Regan is known for having an open-door policy to all groups and is accustomed to working with agricultural interests.

Both Troxler and Thomas say they're remaining optimistic for the year. Thomas says if he has a good year, that's an opportunity to put money away and take care of projects for the next lean time.