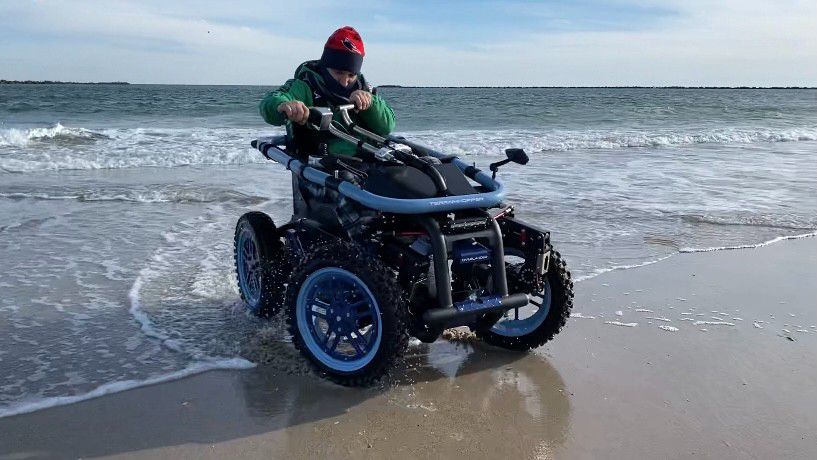 People with Disabilities Experience Independent Mobility for the First Time

WILMINGTON, N.C. — Beaches and sand are one of the most impossible areas to navigate in a wheelchair and after being paralyzed over 30 years ago, Billy Eno accepted that his beach days were over.

He got to relive memories of running on the beach and freedom, which he never thought he would experience again. He described it as lifechanging, both for himself and for those people who have been in a wheelchair their entire lives.

This was made possible by a grant that Access of Wilmington received for two Terrain Hoppers, which are essentially wheelchairs with the capabilities of an ATV. They allow people with disabilities to experience what they previously could not due to the restrictions of an inaccessible world.

Samantha Wang was instrumental in getting the Terrain Hoppers for the individuals in Wilmington, and she says their goal is to be able to provide them to families who want to use one for the day to explore an area that may have previously been off limits.

“They help anyone who has a physical disability with mobility so just as you and I can go walking in a park or on the beach, that allows our participants to do just that, and it's world changing for them,” Wang says.

She says it's the sense of freedom and the ability to independently control their own mobility that means so much. An electric wheelchair is one thing, and it has its limits, but as she told one of her friends in a wheelchair as soon as the Terrain Hopper hit the sand at Wrightsville Beach “the world is yours, run free!”

“To be living in a world where everybody has the same opportunity is just so important, and I think these are just one the first steps to making Wilmington that city,” Wang says.