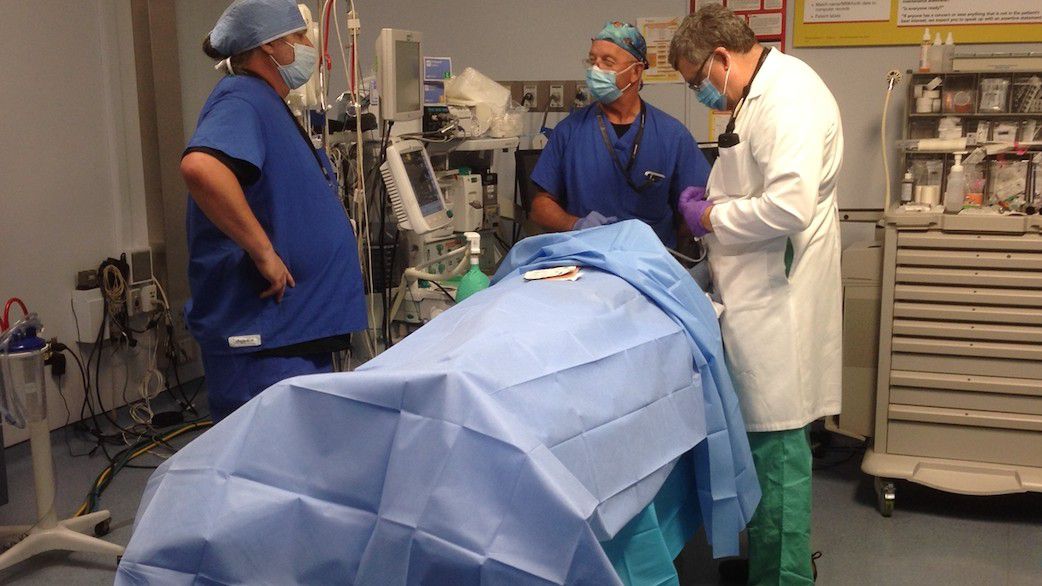 CHARLOTTE, N.C. - Engineering Professors at UNCC have created a device to help identify the size and quantity of airborne particles patients release during certain surgeries.

UNCC Mechanical Engineering Professor Peter Tkacik and Assistant Professor Jerry Dahlberg have been working on the device since April. It uses a laser to measure particle size and number. The goal is to measure air particles released from a person during certain surgeries.

“In a lot of ways it reminds me of when the AIDS crisis showed up,” Tkacik says. “All of a sudden doctors were doing surgeries and blood was splattering and they said, we have to be careful this is dangerous.”

Tkacik says doctors are now trying to take the same type of precautions, but with concern of airborne particles that could contain COVID-19.

“It went through many designs before we got it to the point where it was physically usable and we were able to gather good data,” Dahlberg says.

The engineering professors used a spray bottle to demonstrate how the device works. Each time they sprayed the bottle, the particles would light up in green. Doctors aren’t worried about the particles being released from the mouth, but rather the chest during certain procedures.

“The main thing they are worried about is a thoracotomy, which is when they open the pleural cavity to vent a collapsed lung or something,” Tkacik says. “It blows out like a sneeze. So they want to see what blows out during a thoracotomy.”

The ultimate goal is to help doctors identify how many airborne particles are being released into the air so they know the level of protective gear they should wear during those surgeries.

“The journal we submitted it to really liked it, but they said they want more data on statistics, accuracy, repeatability, those kinds of things,” Tkacik says.

Both Tkacik and Dahlberg say they have put in countless hours on this project.

“I have worked on this day and night for weeks on end, you can ask my wife, haha,” Tkacik says.

But they are ready to put in countless more.

“This is a good way for us to keep doing research and support the national research effort into finding more answers about this particular situation,” Dahlberg says.