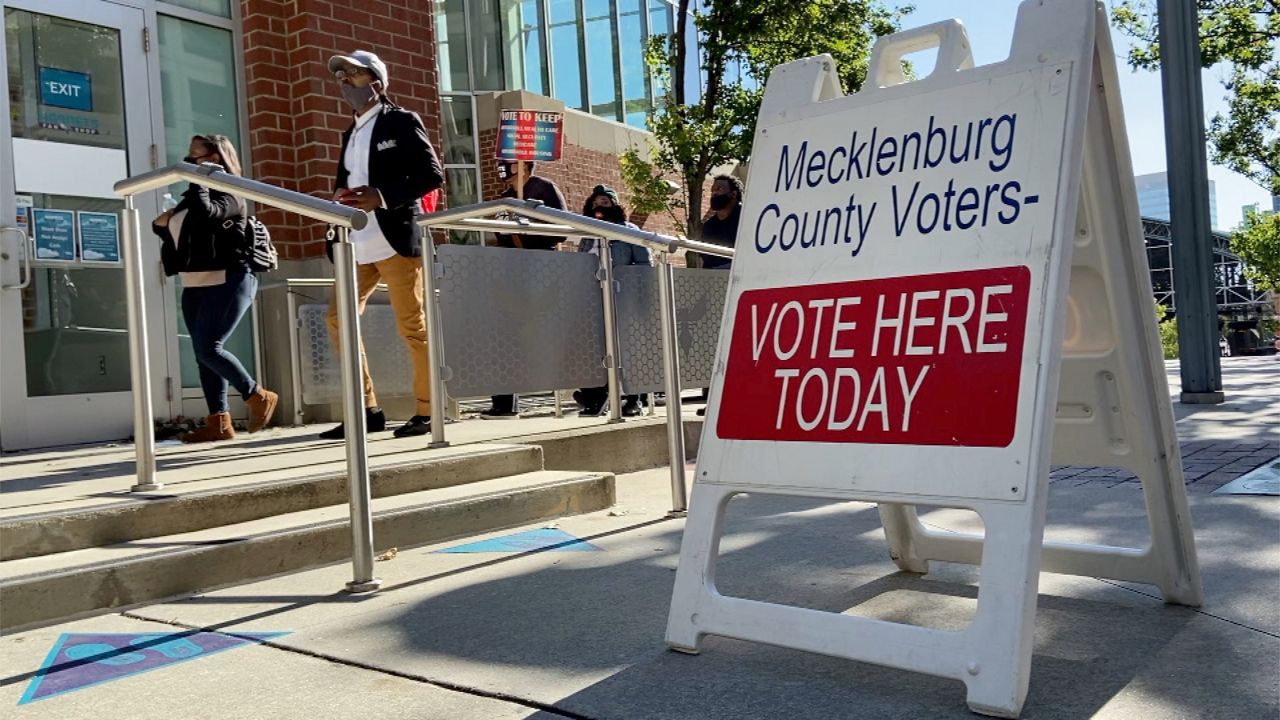 CHARLOTTE, N.C. – Souls to the Polls events were taking place all across North Carolina Sunday, including here in Charlotte.

Sunday, the Concerned Clergy of Charlotte met at Romare Bearden Park to host their Souls to the Polls event.

A team of pastors, civil rights leaders, and elected officials hit the stage to encourage people to vote, and then afterwards hit the streets to do just that.

Instead of voting near her home, Andrea Betaudier decided she would attend this event and walk with others in the community to the Spectrum Center to vote.

“I wanted to be a part of this movement," she says. "It’s not just a moment, this is a movement and I believe that we need to do this.”

Betaudier says she's an optimistic person, so she’s hopeful for what’s to come no matter how things turn out after November 3.

“I’m just so glad that so many people no matter what walk of life they’re coming from, that they are doing something," she says. "They’re coming and we are uniting and that’s what our country is all about.”

The Concerned Clergy of Charlotte says they are working to plan more events that focus on our country’s political climate, economics, and education.