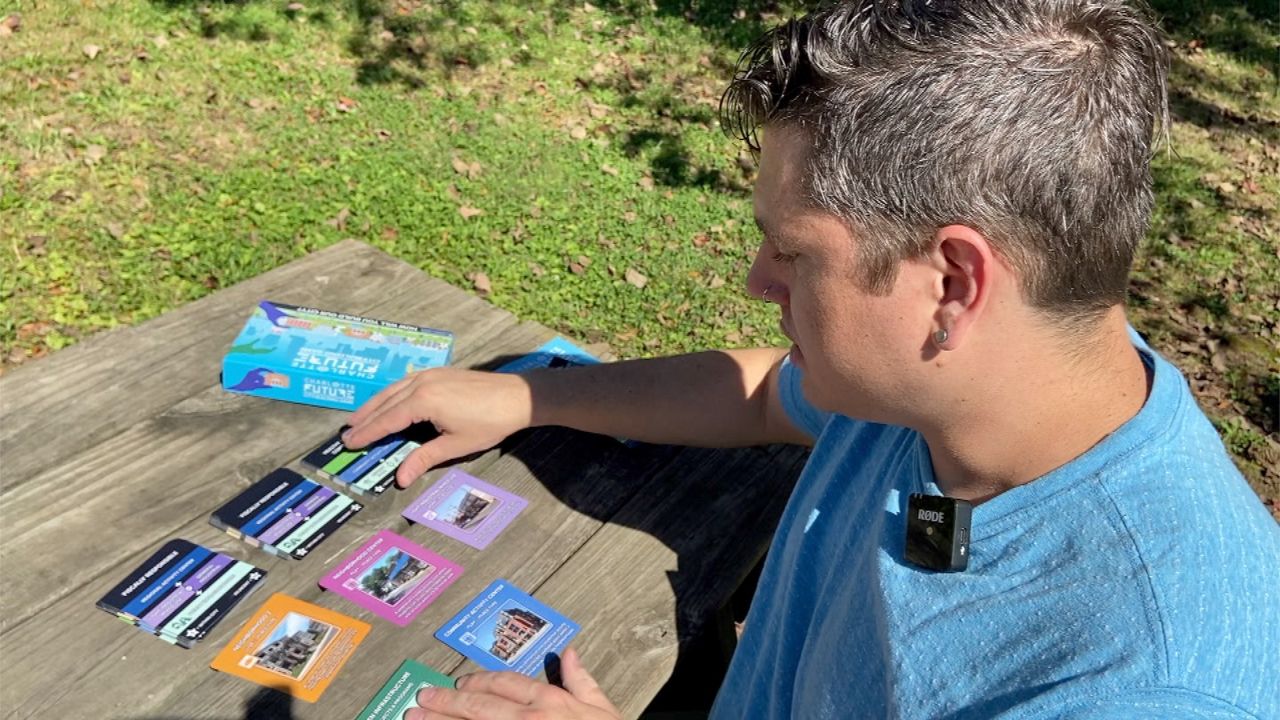 CHARLOTTE, N.C. – With more than 100 people moving to Charlotte everyday, the largest city in North Carolina is rapidly changing.

For years the Queen City has been working on a plan for what it will look like in the next 20 years.

It's a lot to process, but a local game maker has found a way to help.

Michael Zytkow received a call in May from the City of Charlotte about an opportunity he couldn't turn down.

“I was immediately excited," he says. "This is something I’ve been advocating for locally for quite some time. I feel like games are a great way to get people to sit in the shoes of decision makers.”

The game is designed to help people better understand the city’s 2040 comprehensive plan.

“It is a rather large, growing document and the general public might not be aware of all the components, but by playing the game, you can better understand where the goals that we set as a community for 2040…how will we accomplish those goals," he says.

Alysia Osborn is the division manager for long range and strategic planning with the city's planning, design and development department, and is hopeful this game will help get more people talking about what they want the city’s future to look like.

“If we can put this game and the planning concept into the living rooms and just different venues for people to play and really understand what the 2040 comprehensive plan is and what it means to them, (then) this thing was just it," she says.

Zytkow has developed physical and virtual copies of this game where he’s seen people of all ages and backgrounds playing.

The city has already ordered 1,500 physical copies of the game that they plan to hand out to the public at the end of October.

A final decision about the plan will be made in April of 2021, but until then, Zytkow is just hoping this game will help people realize some of the the things they want in their own community.

On Halloween, the city will host a drive-in community meeting where they will hand out free copies of this game.

Virtual meetings are also being scheduled so that the community can sign up and play the game online as well.