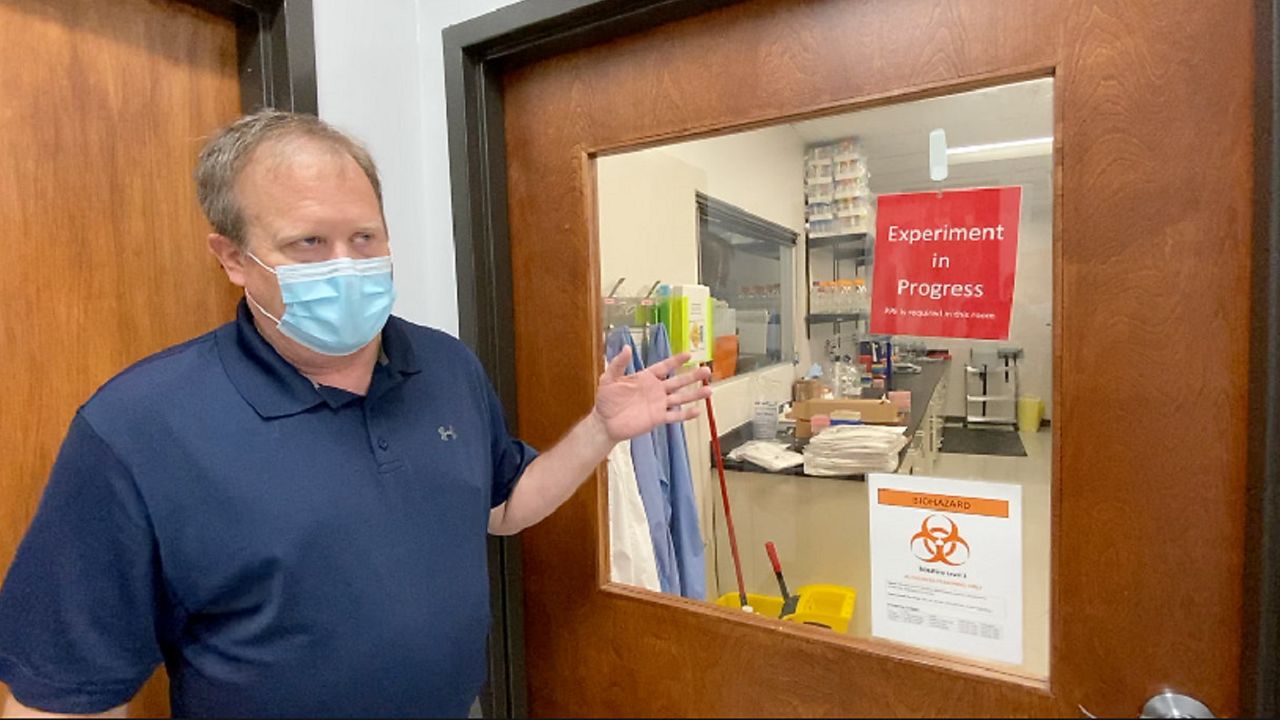 Scientists at Durham-based KNOW Bio infected host cells with the SARS-CoV-2 virus, the virus that causes COVID-19. They then exposed the cells to a solution containing nitric oxide. Within 24 hours, 99.9 percent of the viruses were dead. More importantly, the remaining viruses were unable to replicate and the host cells were undamaged.

“You can kill the virus, but damaging its ability to replicate? That is truly an amazing discovery,” CEO Neal Hunter says.

Nitric oxide is a compound the human body produces naturally. Scientists had proposed using it to combat the SARS-CoV-2 virus, but Hunter says nobody had tried doing so.

The process still needs to be peer-reviewed and any proposed treatments would have to be approved by the FDA. Hunter says normally this would take a few years but his company could seek an emergency use authorization. This would speed up the process.

In the meantime, Hunter already has big plans for nitric oxide treatment. He says it could prove useful against a host of upper respiratory infections.

Hunter says there is always a risk the virus could develop chemical immunity to nitric oxide but he doesn't think it's likely given the way nitric oxide interacts with cells.