Workers prepare absentee ballots for mailing at the Wake County Board of Elections in Raleigh, N.C., Thursday, Sept. 3, 2020. North Carolina is scheduled to begin sending out more than 600,000 requested absentee ballots to voters on Friday. AP Photo/Gerry Broome

RALEIGH, N.C. (AP) — Hundreds of ballots were accepted in North Carolina on Tuesday, making the Tar Heel State the first in the nation to kick off voting in the November general election.

County elections officials accepted 903 of the more than 606,000 ballots sent out to voters since Friday, as of 5:30 p.m. Tuesday.

The numbers provided by the state Board of Elections show 79 additional ballots have been returned but not yet accepted.

Patrick Gannon, spokesman for the state agency tasked with administering elections, said these dozens of unaccepted ballots could stem from voters improperly filling out their ballot, counties processing information that has not yet made its way into the statewide database or technical procedures that have resulted in “spoiled” ballot requests, which is most common among people who make multiple requests for absentee ballots due to a change of address.

“There is no reason at all to be concerned whatsoever,” Gannon said. 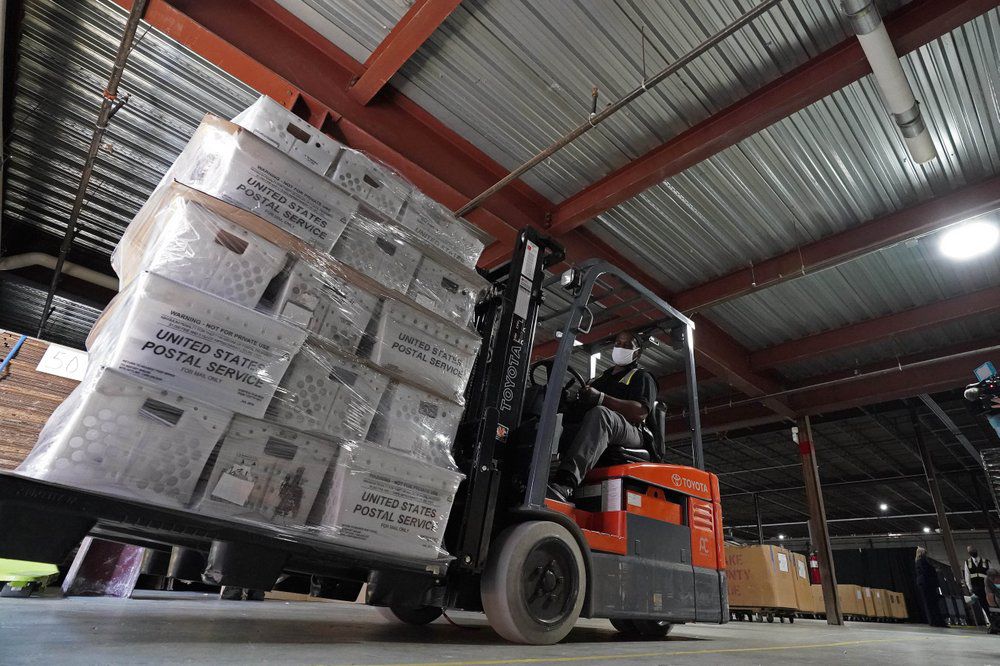 A forklift operator loads absentee ballots for mailing at the Wake County Board of Elections as preparations for the upcoming election are ongoing in Raleigh, N.C., Thursday, Sept. 3, 2020. North Carolina is scheduled to begin sending out more than 600,000 requested absentee ballots to voters on Friday. (AP Photo/Gerry Broome)


As of Tuesday evening, North Carolina’s 7.1 million registered voters have requested nearly 707,000 absentee ballots. Those who complete an absentee ballot are required to have one witness with them at the time they fill it out. That person must sign the witness certification before it can be properly returned. Mismatched signatures could also prompt a ballot to be rejected.

The GOP has historically done well in North Carolina mail voting, but this year the people asking for the ballots are not generally Republicans. Democrats requested more than 358,000 ballots, and independents more than 215,000, while only about 112,200 were sought by Republicans. Voters in the state can continue to request the ballots up until Oct. 27, though that may be too close to the Nov. 3 election for them to receive the ballot and return it to their local elections office in time.

Voters who have already put their ballot in the mail and want to ensure it is accepted are encouraged to contact their local county elections board, use a voter search tool or sign up for a new BallotTrax service on the State Board of Elections website after it launches. It is illegal to vote twice in an election.

Thousands of colleges students across the state have moved back home with their parents since August, as in-person undergraduate classes were halted at the University of North Carolina, East Carolina University and North Carolina State University. Gannon said the hasty move in and out of dorms has prompted some to follow the state’s advice for them to submit an additional absentee ballot request to ensure it is mailed to the correct address.

While the state accepted more than 900 ballots on Tuesday, the votes won’t be tabulated until closer to the Nov. 3 election. The ballots will be among the first wave of votes recorded when initial counts are released after polls close on Election Night.