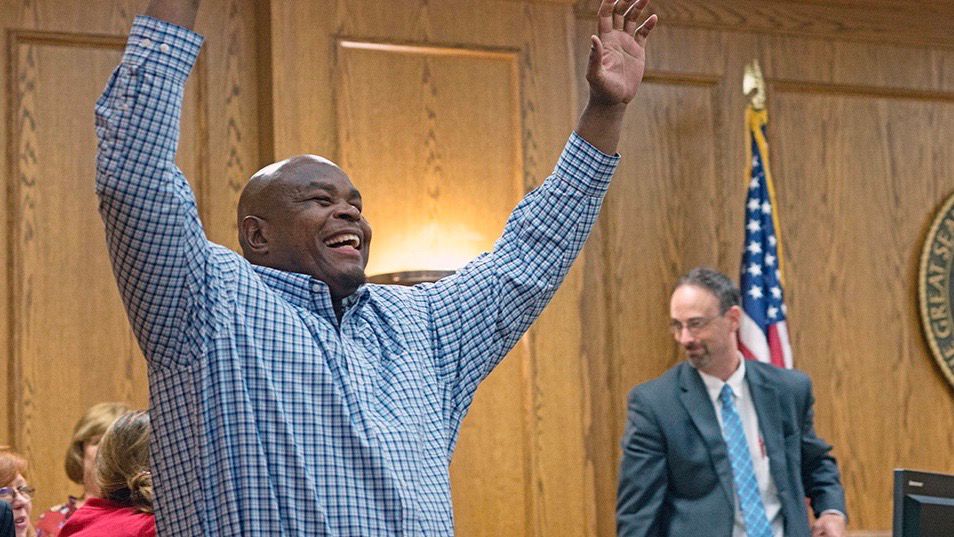 DURHAM, N.C. -- A local organization is working to give convicted felons the right to vote after they have served their time.

The "Unlock Our Vote" campaign by Forward Justice will be launching in August with a goal of restoring voting rights to nearly 60,000 people in North Carolina.

They strive to change the narrative and public opinion surrounding voter disenfranchisement. The campaign also focuses on educating people on their right to vote.

Brittany Cheatham is the communications manager with Forward Justice and sees the discrimination firsthand.

“Anytime access to our democracy is being threatened that is a cause for alarm and should be a concern for everyone,” Cheatham says.

The inspiration behind the campaign comes from stories like that of Dontae Sharpe, who served 26 years in prison for a crime he did not commit. He is hoping to vote for the first time ever this November.

Sharpe is helping lead this campaign through his personal experience with disenfranchisement.

“Just because you're a felon doesn't mean you can't vote. You can vote through somebody else - tell him to go vote,” Sharpe says.

He may not be able to use his voice on the ballot yet, but Sharpe says educating people about voter's rights is his new life mission.

The organization is scheduled to appear before a panel of three judges for the first hearing in the trial which will take place on August 19.