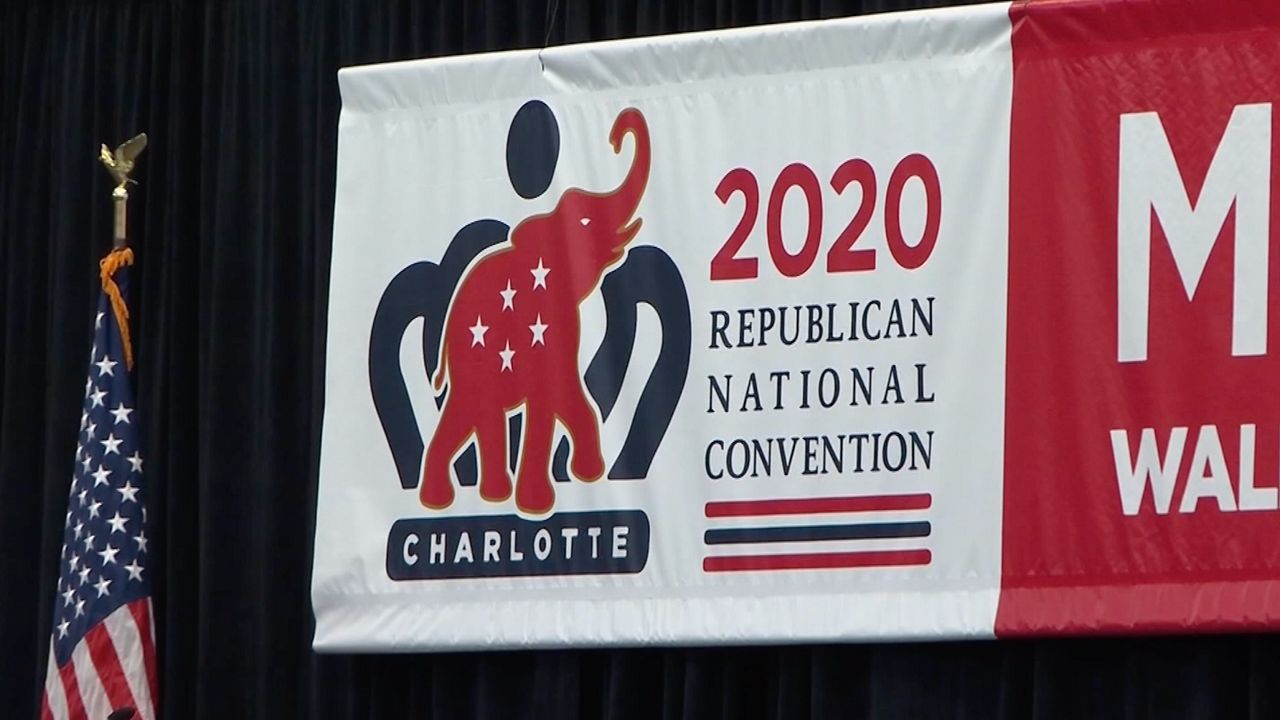 RNC 2020: Unpacking The Politics of a Party Convention

WASHINGTON, D.C. -- The location of this year’s Republican National Convention has become a political football and a new front in the fight over COVID-19.

Earlier this week, President Donald Trump tweeted he is “forced to seek” an alternative state for the convention, after North Carolina Gov. Roy Cooper said a full-scale event is “very unlikely” because of health concerns tied to the coronavirus pandemic.

After the president’s tweets, the RNC released a statement, clarifying that they “still hope to conduct the official business of the convention in Charlotte” while the “celebration of the president’s acceptance of the Republican nomination will be held in another city.”

Many Tar Heel State Republicans are railing against Cooper, arguing that if the convention goes elsewhere, North Carolina will miss out on economic opportunities.

“It’s real economic activity. And, unfortunately, because of the governor’s decision, it’s probably not going to happen,” said Rep. Ted Budd, R-13th District. Budd pointed to a report showing the 2012 DNC convention in Charlotte had an economic impact of $164 million.

.@BuddForCongress on the president's tweet that he is "forced to seek" another state for the GOP convention:

Democrats are firing back. The chair of the DNC, appearing on a Zoom event with members of the North Carolina congressional delegation Wednesday, accused the president of trying to maximize “ego gratification” through his push for a packed arena in the middle of a pandemic.

“This isn't about you, Mr. President, it’s about something much bigger than you. It’s about the public health and safety of people here in North Carolina, people coming to the convention,” said Tom Perez.

"Donald Trump is about maximizing ego gratification ... This isn't about you, Mr. President, it is about something much bigger than you. It's about the public health and safety."#RNCinCLT #ncpol pic.twitter.com/SvIumvMO4G

Michael Bitzer, a professor at Catawba College and North Carolina political observer, says the convention “has devolved into politics.”

Bitzer says expect some politicians to try to use the dispute over the gathering to their advantage, including the man trying to unseat Cooper in this fall’s gubernatorial election.

“What you’re seeing Lt. Gov. Dan Forest kind of jump on the bandwagon and echo a lot of the concerns that the president has put forward,” Bitzer said. “He’s trying to make up what by most accounts is almost a 20 point deficit.”

In a recent statement, Forest accused Cooper of “playing politics” with its COVID-19 restrictions.

However, even among North Carolina Republicans, not everyone agrees what a convention later this summer could realistically look like.

In an interview, Rep. Budd said he thinks they can hold a “full-scale convection” with 19,000 people.

“You can use thermal scans. You can do personal protective equipment, including masks if you need. You can use hand sanitizers,” Budd said.

However, in an interview  with Spectrum News Capital Tonight, Sen. Thom Tillis, R-NC, said “for practical reasons, we were going to have to look at different ways to connect the delegates across the country.”

“We have airlines, hotels all coming back online. It would be very difficult, I think, to just situate 50,000 people,” he continued.

The location of a convention is often strategic, meant to send a message. North Carolina is considered a battleground in this fall’s election, and is also home to a key U.S. Senate race and a governor’s race.