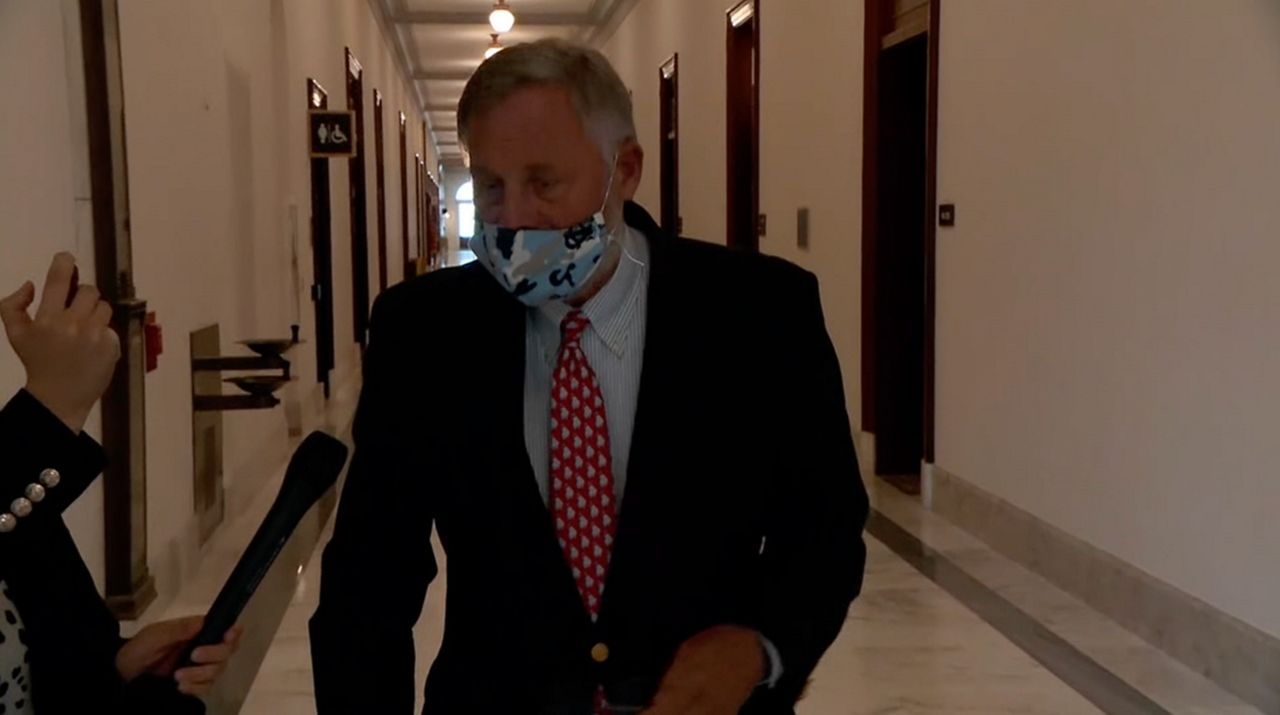 WASHINGTON -- Amid an investigation into his recent stock sales, North Carolina Sen. Richard Burr says he is temporarily stepping aside as the chairman of the influential Senate Intelligence Committee.

Burr made the announcement Thursday, less than 24 hours after The Los Angeles Times reported that the FBI had seized his cellphone after serving him a warrant at his Washington, D.C.-area residence.

“This is a distraction to the hard work of the committee and the members, and I think the security of the country is too important to have a distraction,” Burr told a reporter, explaining his decision to step aside.

Here's Sen. Burr's hallway exchange w/ a reporter earlier today about the @LATimes report and his decision to temporarily step aside as the chair of Senate Intel #ncpol pic.twitter.com/rh0NZWJKT6

Records show Burr, a Republican, sold up to $1.7 million in stocks ahead of the market’s downward turn tied to the coronavirus outbreak.

Members of the Senate had received briefings on the virus, leading to questions of whether Burr had engaged in insider trading. Burr has denied any wrong-doing, saying he was relying on public news reports.

Chris Swecker, a retired assistant director of the FBI, said the warrant used to seize Burr’s phone would likely require approval from top-ranking officials at the U.S. Department of Justice.

“You have to go through a lot of process to open up a full investigation of a sitting senator, of an elected official,” Swecker said. “These types of cases absolutely have to be overseen by the Department of Justice very closely.”

“I do believe, as I’ve said before, he owes us all an explanation, and I was well aware of the fact that an investigation’s moving forward,” Tillis said. “We just need to see where the investigation ends.”

Back in 2012, then-president Barack Obama signed the STOCK Act, which essentially bars members of Congress from trading on insider information they have access to thanks to their job.

Tyler Gellasch, a former Senate aide who helped craft that legislation, says it potentially could apply in Burr’s case. But, he warned, there are still a lot of unknowns, and it is unclear what a court could make of the situation, especially depending on what information Burr had at the time of the stock sale.

“A court could easily also say, ‘Look, that's too generalized. It's too nonspecific. I'm sorry, it doesn't say that this particular hotel chain stock is going to go down, you just know that something bad is going to happen. That's not specific enough,’” said Gellasch, who is a fellow at Duke University’s Global Financial Markets Center.