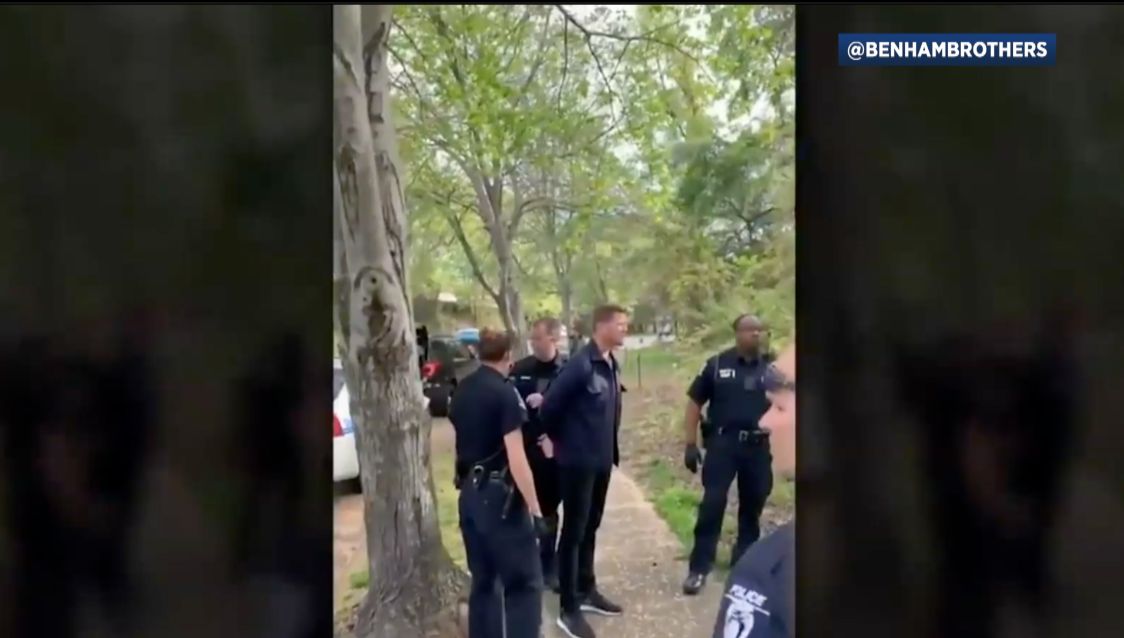 CHARLOTTE, N.C. -- A legal analyst is weighing in on the eight stay-at-home order violation arrests on Saturday outside of an abortion clinic.

According to Charlotte-Mecklenburg Police Department, officers saw nearly 50 people protesting outside of A Preferred Women’s Health Center, which violated the North Carolina stay-at-home order to help stop the spread of COVID-19. It limits gatherings to 10 people.

Officers say after the initial request to leave, the 12 people who didn’t comply received citations. Eight of the people who remained on site after being asked to leave second time were arrested, according to CMPD.

Pro-life advocate David Benham, who says he was one of the eight arrested, posted a video on Twitter about the incident.

(1) Over 5k mothers helped in 10 years - some things are worth fighting for #ProLife pic.twitter.com/Gmps0e9LW5

"We are an essential, federally recognized nonprofit charity that helps at risk mothers and babies,” said Benham to an officer.

Benham with Cities4Life claims he was at the location supporting four sidewalk counselors.

"We are practicing social distancing, we are doing everything well within the ordinance,” said Benham.

A CMPD officer is heard on the video saying police is acting under the advice of their attorney. Former Union County District Attorney and Legal Analyst specializing in constitutional issues John Snyder doesn’t agree with the arrests.

“I believe CMPD is in an error based on the order,” Snyder said.

Snyder, who watched the video, says if the group didn’t have more than 10 people and were practicing social distancing, they didn’t violate any rules.

"Constitutionally, they have a right to be out there, expressing their views and assisting in the way they believe they are. They have that First Amendment protection,” Snyder said.

Even if the group had more than 10 people gathering, Snyder says they have the constitutional right to assemble. However, he said groups must take health risks into consideration.

“There is no question the health benefits of what is being required of people but the Constitution has not been suspended.” Snyder said.

He added guidance from the courts is needed to help clarify the issue.  U.S. Sen. Ted Cruz called the arrest unconstitutional on Twitter.