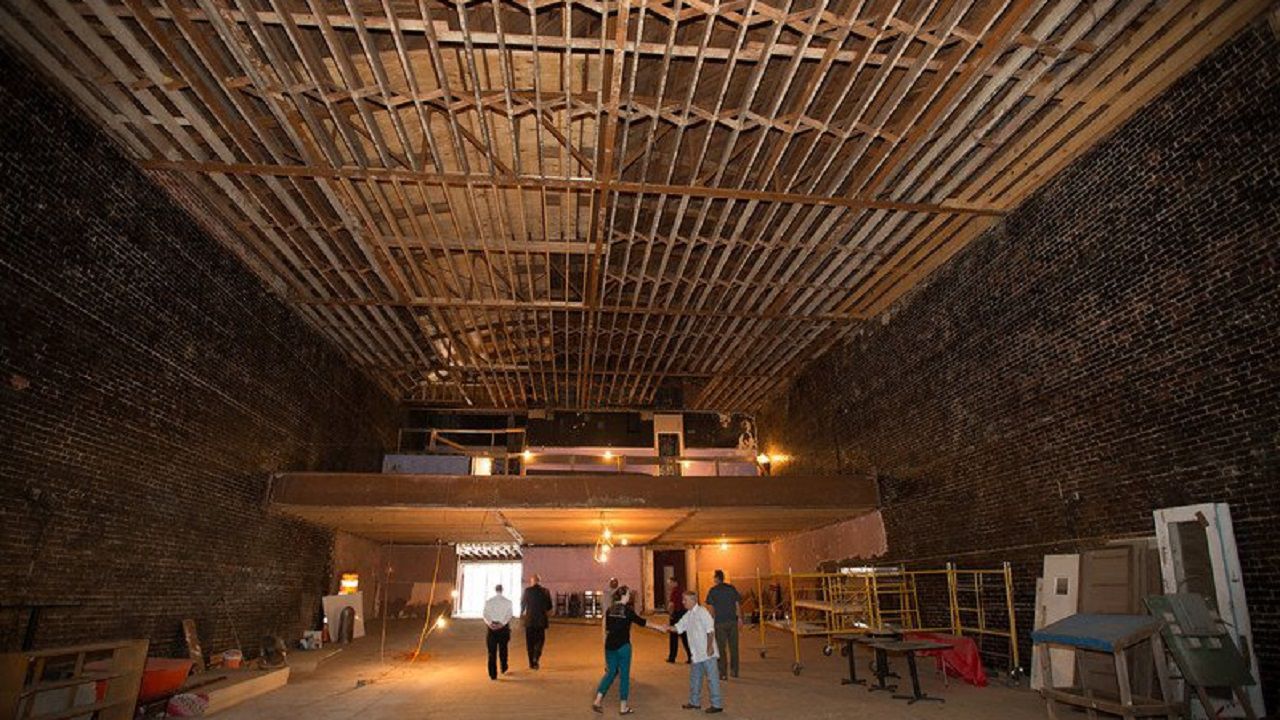 The Center Theatre in Monroe to Open Soon

CHARLOTTE, N.C. — A Monroe theater that dates back to the 1940s will soon reopen. It closed down nearly 30 years ago, but after the city bought in 2013, they took on a mission to bring it back to life.

The theatre is expected to officially open in about a month. Leaders say it will feature plays, films, music, and much more. Center Theatre Operations Supervisor James Vesce took Spectrum News on a sneak peak tour.

"This is our gallery space that adjourns our theatre lobby," Vesce said as he showed the front entrance of The Center Theatre.

The front entrance of the theatre is a new addition. Vesce said it's a place they hope to hold galleries, cocktail hour, corporate events, and more. From there, visitors can access the theatre room and balcony.

"This is a 166 seat balcony," Vesce said. "This balcony and the door behind me was an original African American entrance. It was a segregated space."

The Center Theatre was built in the 1940s and closed down in the early 1990s. The tourism director for the city of Monroe, Pete Hovanec, says most of the renovations started about a year and a half ago.

"It has been under construction for the past 18 months and we are ready to rock and roll and get folks in here," Hovanec said.

The theatre includes state-of-the-art audio and lighting equipment. It can seat about 560 people. But the theatre didn’t come cheap, Monroe city government paid about $7 million for the renovations.

"We are looking at this as an economic catalyst for our downtown," Hovanec said. "You build this 560 seat facility, you are going to bring 500 people to an event down here who are going to eat, shop and drink."

Walter Gibson owns a record shop across from the theatre. He says $7 million is a lot of taxpayer money and he just hopes the payout is worth it.

"I do see more foot traffic, but it will probably take a year to build it up where it needs to be," Gibson said.

Organizers says they understand it's a big chunk of money, but say it's an investment in something historic and significant.

"The memories people have of coming to see the theatre, are too many to tell," Vesce said.

Vesce hopes many more memories are to come.