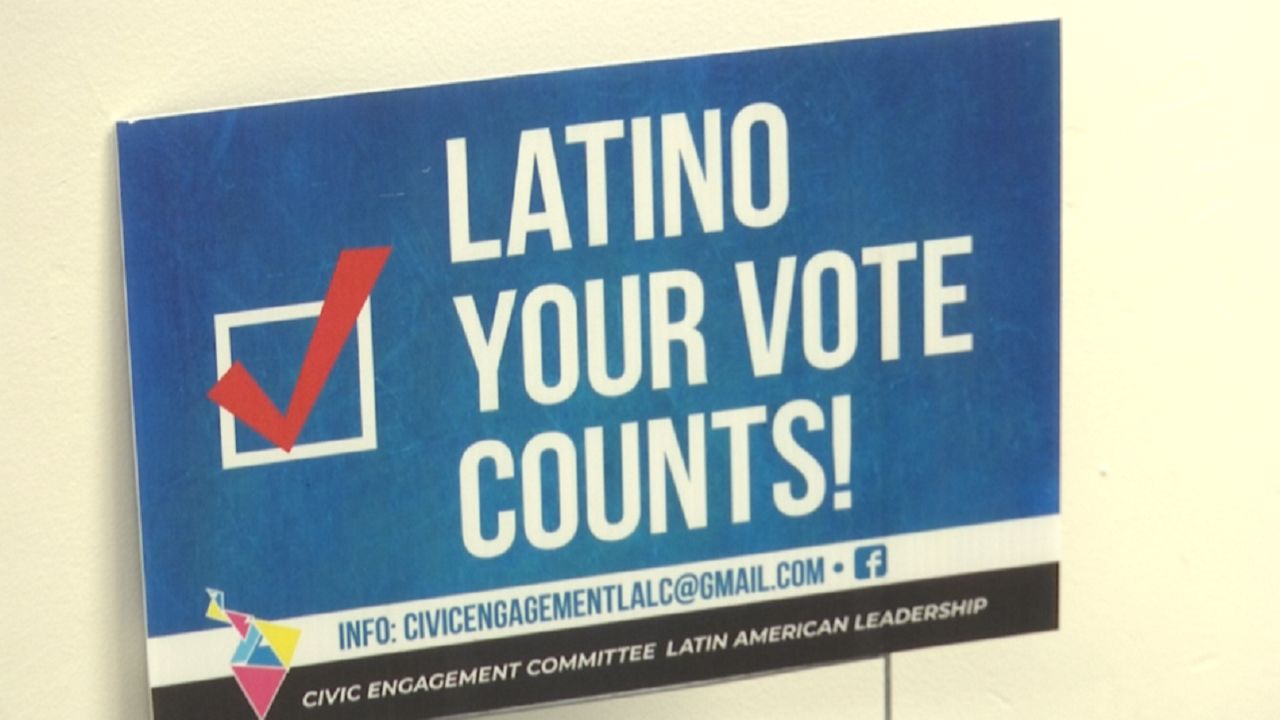 CHARLOTTE, N.C. -- According to data from the U.S. Census Bureau and the North Carolina State Board of Elections, about 76 percent of Hispanics in Mecklenburg County are not registered to vote.

It is important to note that the U.S. Census does not ask about American citizenship and a person does need to be an American citizen to vote in North Carolina. This could be part of the reason the percentage is so high.

But with the Hispanic population now sitting at about 13.6 percent in Mecklenburg County, there is a huge push to get people who are citizens registered to vote.

Alba Sanchez moved from Costa Rica to Charlotte 19 years ago with only $100 in her pocket.

"A hundred dollars was not much, it’s actually nothing, but I was going to be with family," Sanchez said.

She says she applied for an American student visa three times before being accepted and says Sav/Way on Central Avenue in Charlotte was her second job.

Sanchez said she worked hard to eventually gain citizenship and now she is the Immigrant Integration Center Manager with the Latin American Coalition.

"It is a privilege and a duty and responsibility for me to vote," Sanchez said.

According to the U.S. census bureau, 32 percent of the total population in Mecklenburg County is not registered to vote, but the number of Hispanics not registered jumps way up to 76 percent. The percentage who are technically eligible is not clear. It is possible for the U.S. Census to include undocumented immigrants.

"It's a sleeping power, so it's time we actually got more involved," Immigrant Justice Director of Action N.C. Hector Vaca said.

Vaca is leading the effort to register all citizens to vote, but they are putting a big focus on the Hispanic population.

"Getting out and voting, you are actually saying I care and I want to see changes in my community and I want to make my voice heard," Vaca said.

Sanchez says your voice can be your most powerful tool.

"Please register," Sanchez said "This is your opportunity and it is very important for us to be present in this election and every election, but this year is crucial."

For more information on voting in North Carolina click here.