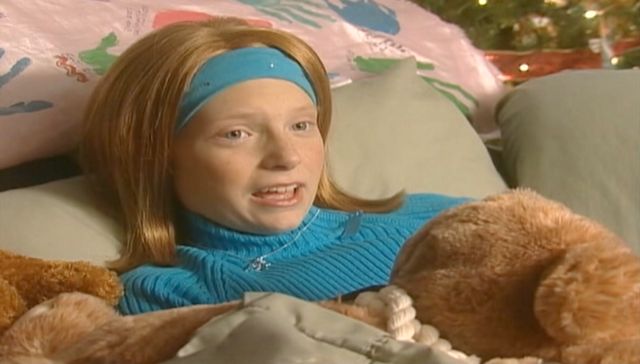 MONROE, N.C. -- A 12-year-old girl from Monroe made headlines after she was diagnosed with cancer in 2003.

Hope Stout was diagnosed with terminal cancer in June 2003, and was approached by Make-A-Wish later that year. Hope chose to give her wish to other children, and her family raised $1.1 million for other sick children in the weeks before and after her death.

Her parents, Stuart and Shelby, eventually wrote a book about Hope, and in 2010 were approached to make a movie about Hope.

The Stout family says they met with a major production company, and in 2018 were slated to begin production on the movie.

"People started showing up in Charlotte. The director came here, three or four days later, the crew started arriving, hammers and nails were being put together, sets were coming up," Stuart said.

The Stouts say without warning, the movie was shut down, and they were never given answers.

"If these guys in Hollywood think that they can come into this city and do that to this little girl and this story, as tender and pure as it is, they're sadly mistaken. And we will fight them, and we will get resolution," Stuart said.

While we are disappointed by the circumstances that led to 'Hope Wish’s' shuttering, and sympathize with the family’s frustration, Alcon Entertainment was at no time involved with the development or financing of this project. Our involvement started and ended with our intended acquisition for distribution via our output deal with Warner Bros.

Spectrum News also reached out to Warner Bros. for a statement, but we have not heard back at this time.