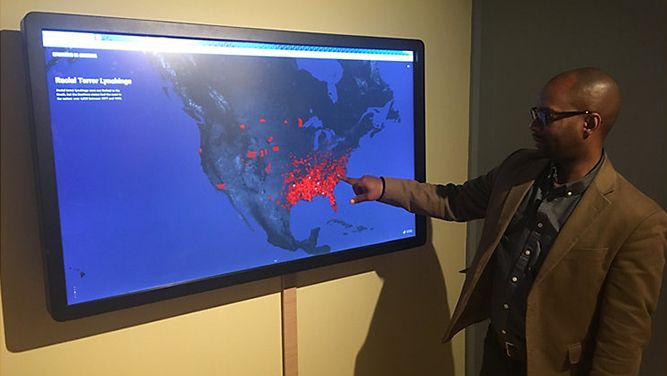 CHARLOTTE, N.C. -- The Levine Museum of the New South is showcasing a darker side of Charlotte's history in a new exhibit.

"Legacy of Lynching" will highlight lynchings that took place around the country and here in the Queen City.

One of the lynchings reportedly took place on what is now the 20-yard line at Bank of America Stadium.

Don't miss #ShapingCLT on April 24th. Plus, be among the first to walk through our upcoming Legacy of Lynching exhibition after the lecture!

Dr. Willie Griffin, the staff historian at the museum, says while the images and videos may make people uncomfortable, they're crucial in understanding our history.

The exhibit will have a special look for its #ShapingCLT program at 6 p.m on April 24. It will officially open to the public during regular business hours beginning on April 25, and will remain open through mid-July 2019.