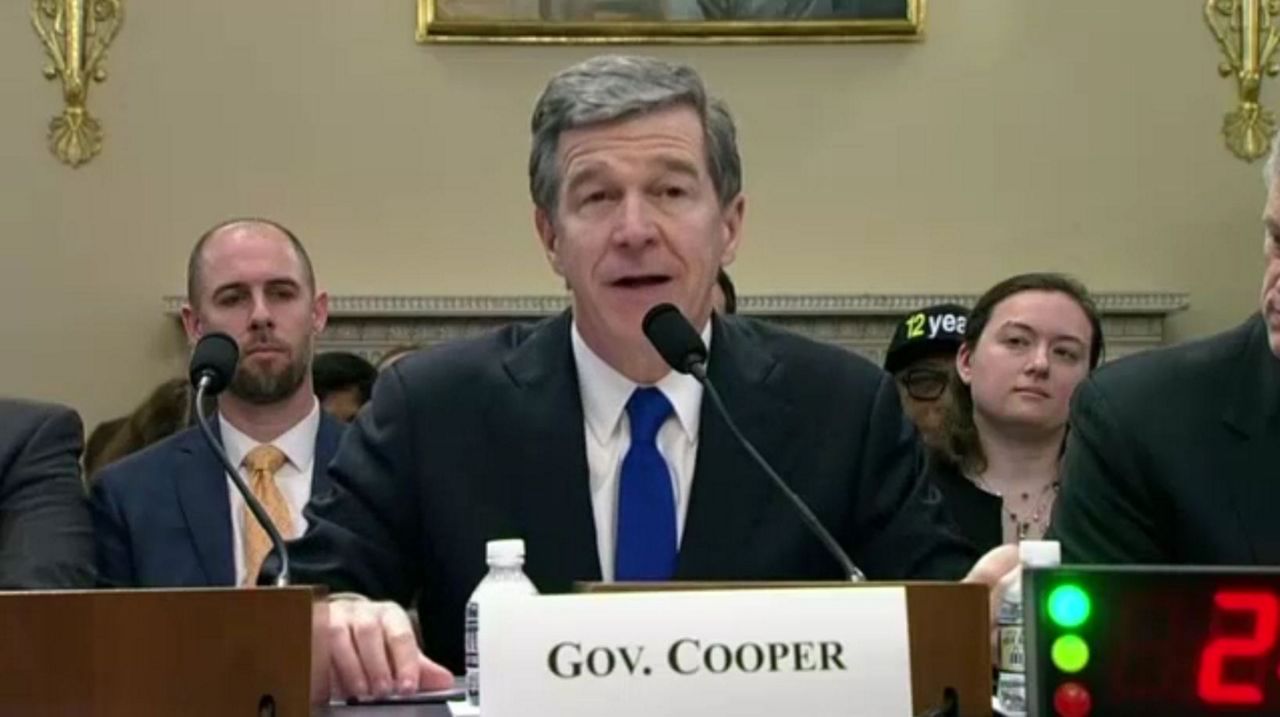 "North Carolinians unfortunately know about this the hard way," said Gov. Roy Cooper, during an appearance before the House Natural Resources committee.

Cooper was one of two governors, one Democrat, one Republican, to testify before the panel. It was the first time in years the committee has held an extensive conversation about climate change. Democrats just took power in the committee as part of the new Congress.

.@NC_Governor is now testifying before a House panel on climate change: “We must take action to prevent this kind of devastation in the future” #ncpol #ncgov pic.twitter.com/Q4xL2WU3pm

Cooper's appearance comes just months after Hurricane Florence smashed into the Carolina coastline. That mammoth storm was just the latest storm to directly impact the state in recent years.

"We need consistent federal action that meets the urgency of our global climate problem," he said.

Cooper touted efforts he has already taken in North Carolina to curb emissions, including his executive order aimed at cutting greenhouse gas emissions by 40 percent by 2025. He also laid out the risks that his state faces if more is not done, including threats to military bases and the tourism industry.

"All of our barrier islands and amazing tourism, sea level rise will be a significant issue for our state, particularly if storms come and flooding increases," he said.

The hearing came the same day NASA and NOAA released the findings of a new study which indicates 2018 was the Earth's fourth-hottest year on record, driven in large part by emissions tied to human activity.

What remains unclear is what will become of this hearing and others like it. Will lawmakers roll out potential policy changes? If so, they face a big hurdle in the White House where the president has repeatedly expressed skepticism of climate change.

Some Democrats like freshman New York Rep. Alexandria Ocasio-Cortez are pushing for a "Green New Deal," aimed at cutting greenhouse gases. The idea of a carbon tax has also been floated.

.@NC_Governor: “We can’t afford not to take urgent action to fight climate change. It is not too late, but it soon may be.” pic.twitter.com/7k0GuUx7tw

Asked by reporters what he thought of those proposals, Cooper says all ideas should be on the table.

"We’ve got to find a way to significantly reduce our greenhouse gases very rapidly," he said. "I do believe you can incentivize a lot of this, because what we have seen is that a clean energy brings a strong economy, it brings good paying jobs."

North Carolina Republican David Rouzer, meanwhile, raised questions about whether anything Congress does can have actually have a "tangible" impact.

"I think it’s one of those areas where you can do any number of things that you think are right and at the end be proven wrong," he said Tuesday, during an interview in advance of the hearing.

Cooper, who has criticized the president's handling of climate issues, remains undeterred.