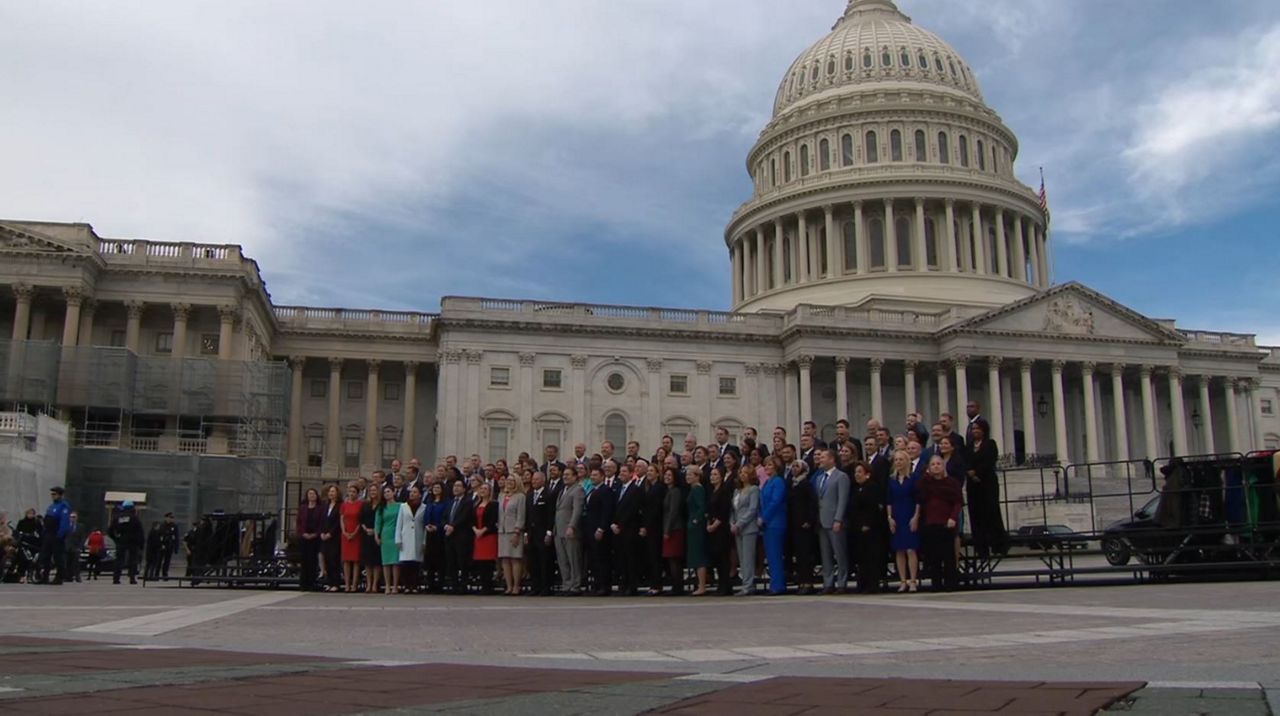 WASHINGTON -- North Carolina’s newest face on Capitol Hill made his way to Washington this week for a chance to get his bearings.

Mark Harris is one of dozens of newly-elected members of Congress. Over the past week, he and the other new members attended a variety of meetings in Washington, learning the basics of being a congressman: how to run an office, how to manage an office budget.

Harris says that while the experience has been at times overwhelming, it has also been quite inspiring.

“The other night, there was a dinner the speaker hosted, where we found ourselves in Statuary Hall. It was a very moving moment just to stop and think, with the Marine strings around and playing, it was an amazing moment,” he said.

A Republican, Harris was elected to represent North Carolina’s 9th congressional district, which stretches from the Charlotte suburbs to Fayetteville. Harris replaces Rep. Robert Pittenger, who he defeated in the Republican primary.

While the Senate remains in Republican control after the midterms, Democrats managed to flip more than 30 House seats, taking control of the lower chamber.

RELATED: Why Did None of NC's Toss-Up Congressional Districts Flip?

Harris said that even in the minority, the Republicans need to figure out ways to move legislation forward.