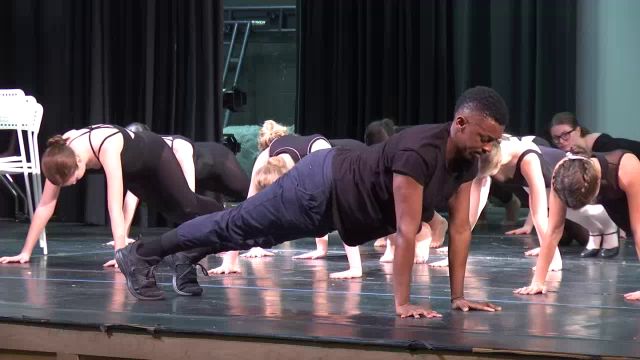 Here's How This 'Hamilton' Star has Local Ties

Tyler McKenzie graduated from the Central Academy of Technology and Arts (CATA) in Monroe.

During a break from Hamilton at the Blumenthal Performing Arts Center, McKenzie decided to visit his alma mater and speak with current students about what it's like to step into the limelight.

"I had to contact everyone who had an impact on my career and I thought I had something to share.  I wanted to share with the students what's it's like to be from this place, having graduated and walked these floors and what it is now,” he said.

"It really gives them a perspective as teachers can't get them or they don't have the opportunity to experience until they get to the collegiate level or the professional level,” said Jeff Weis, who taught McKenzie during his sophomore year.

Experts say working in musical theatre is physically and emotionally demanding. It requires lots of hard work, dedication and the internal drive to never give up. Teachers say the business requires Broadway-hopefuls to believe in themselves and be realistic about their goals.

"90 percent of the career is just showing up again, and again, and again for every audition and not letting yourself get burdened by not getting results right away,” said Antonia Fairchild, a theatre teacher and director at CATA.

Fairchild says McKenzie worked non-stop for the past 10 years to get where he is today.

If you're lucky enough to snag tickets, you can see McKenzie and the rest of the cast of Hamilton through November 4.