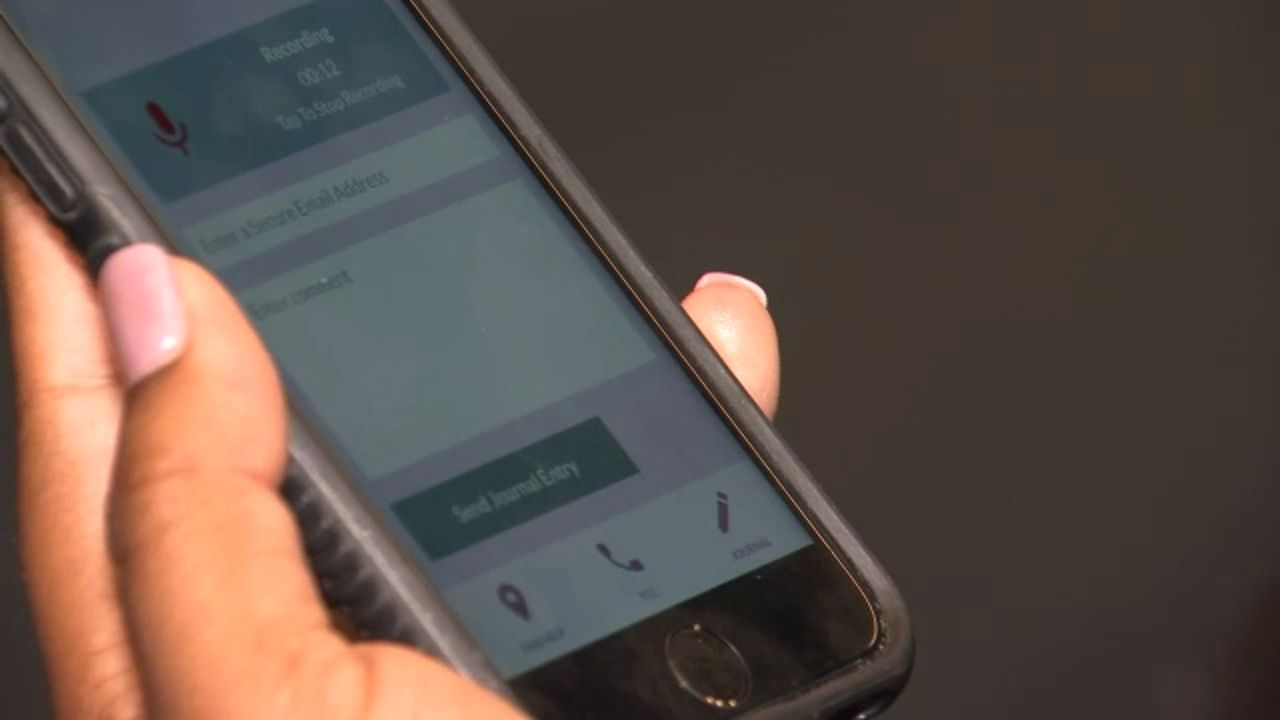 CHARLOTTE, NORTH CAROLINA -- Haunting audio recordings of what Tashia Scott says is her physical assault at the hands of her husband were not enough to convince a Durham judge.

After her accused abuser was found not guilty, she created the SafeSpace app, an app that secretly lets someone document their abuse in a hidden feed.

"It's hidden in a news feed. If your oppressor walks up behind you and says, 'What are you doing on your phone?', you can say, 'Nothing, I'm looking at the news,'” said Scott.

There's also the RUSafe app, created by the Women's Center and Shelter of Greater Pittsburgh.

A victim is empowered to document what they're going through, through the journal feature, which can save audio or video text. Once they record something, and send it to a secure email, it is never saved on the actual device, so that it can't be discoverable.

RUSafe uses a victim's location to tell the closest resource. In Mecklenburg County, it brings up Safe Alliance.

"When a person does eventually decide to leave, or decides to get a protective order, they're going to need to have documented what's happened to them. Many times, perpetrators can be very charming, they can be loving at times but they can also be violent at times. And so it can be confusing for a victim and it can help to have something they can go back to, and remember exactly what’s happened to them,” said Parker.

The tools safely store a victim’s voice until they are empowered to use their own.