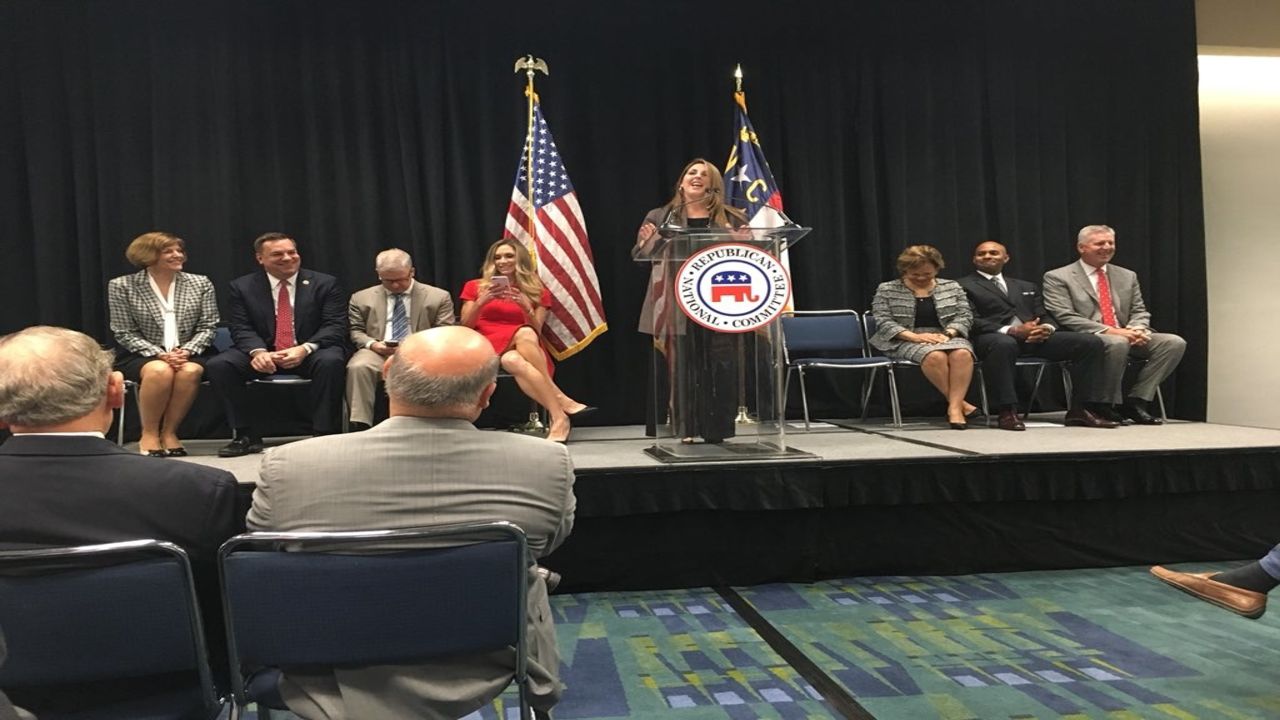 CHARLOTTE, N.C. -- The Republican National Convention will be held in Charlotte from Aug. 24 to Aug. 27, 2020 in the Spectrum Center.

The dates were announced Monday.

The announcement was originally scheduled for Sept. 16, but was postponed because of Hurricane Florence.

According to McDaniel, Charlotte was chosen to host because of its economy, community and Southern hospitality.

NOW: @CLTMayor says she’s excited about #RNC2020 not just because of economic impact but the opportunity for students to learn about the political process @SpecNewsCLT pic.twitter.com/onm9Z18aQ0

NEW: @GOPChairwoman said Charlotte joins elite class of 11 cities that have hosted both the RNC and DNC @SpecNewsCLT

The RNC contract with the city stated that the convention could start on July 12, Aug. 16 or Aug. 23.

They've already secured 17,000 hotel rooms for the convention, using just about every hotel within a 10-mile radius of uptown Charlotte.

The committee is also working directly with CMPD to make sure First Amendment rights are respected and protected and security is tight.

RNC 2020 could conflict with the start of school. Officials with the Charlotte-Mecklenburg School District said they will work with local and state leaders to find calendar solutions that minimize academic disruptions and maintain focus on teaching and learning in classrooms.