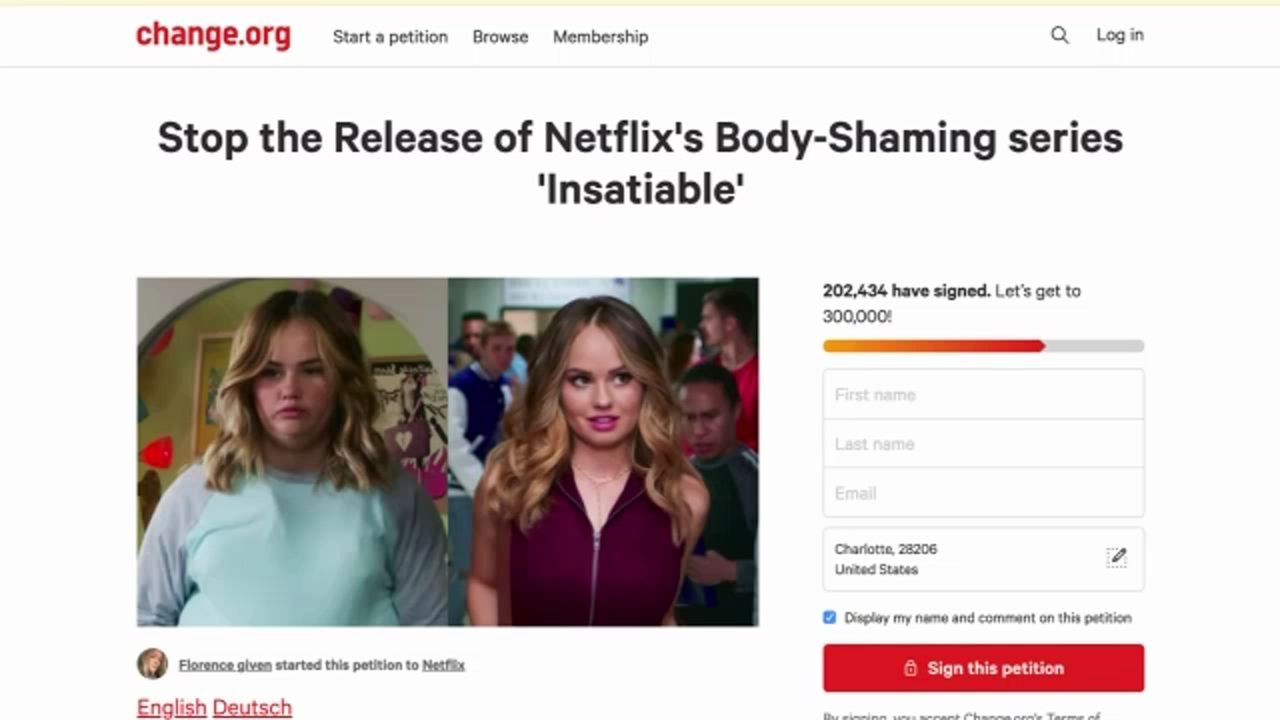 CHARLOTTE, N.C. -- The internet is sounding off about the upcoming Netflix-series "Insatiable," saying it equates thin bodies with beauty and objectifies women.

More than 200,000 people have signed a petition to shut down the show before it premieres next month.

In the trailer, the series focuses on a girl named Patty who is incessantly teased for her size. After she's punched in the face, Patty spends the summer with her jaw wired shut. She returns to school thinner and unrecognizable. Instead of joining the so-called popular crowd, Patty seeks revenge on those who hurt her.

Several have come to the defense of the series, though. Creator Lauren Gussis said she was bullied as a teen, and wanted to share "her pain and vulnerability through humor." Debby Ryan, who portrays Patty, explained they're opening eyes to a system "that equates thinness with worth."

Seeing a teachable moment here, Charlotte-based naturopathic doctor Tiffany Brown-Bush said, "Educating from day one that you are who you are inside and that your outsides don't define you...Then that individual can watch anything and understand how to critically look at it."

"Insatiable" is expected to launch Aug. 10.