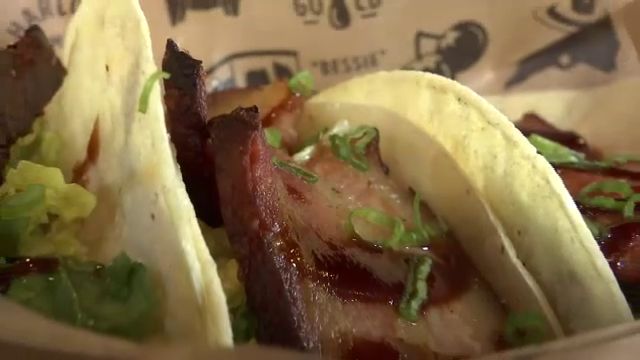 CHARLOTTE, N.C. -- NoDa Brewing Company has barreled a bit of north Charlotte since 2011 -- one of the first breweries to open in the Queen City, still standing.

"We look at our beer basically as art in fermented form," NoDa Brewing Company co-owner and head brewer Chad Henderson said. "One of my favorite challenges is for people to say 'I don't like beer'. Because I bet there's something out there that you do like. Because if you like flavor, then you probably like beer."

It's teamed up with one of Charlotte's first food trucks to bring a new flavor to NoDa, from tap to tortilla. The Tin Kitchen serves a unique spin on Mexican-inspired dishes, specializing in street tacos.

Wash it down with the lineup of drinks new for the summer, NoDa Brewing's Brizo.  "They don't give you the summer bloat," Henderson said. It's a craft spiked seltzer that's lighter, less filling, and lower calorie than a normal beer. "All the flavorings in it though aren't just additive flavorings or artificial flavorings," Henderson said. "They are actually fermented on the actual fruit itself."

NoDa Brewing Company is open 7 days a week at 2921 N Tryon Street.  The Tin Kitchen food truck is parked out front every night, starting at 5:00 p.m.