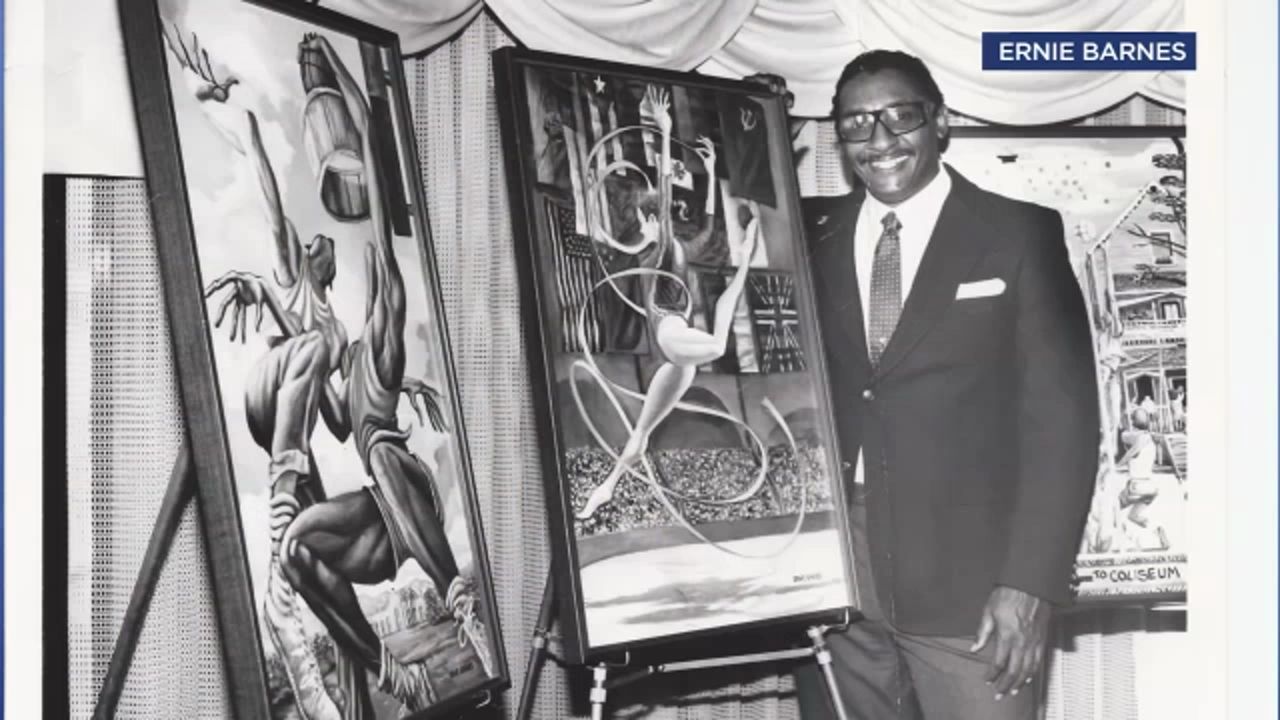 Known for his groundbreaking paintings chronicling his personal experiences as an athlete, artist, and black man in the south, Ernie Barnes created a style that's been largely imitated but never duplicated over the years.  And now you can get up close and personal with some of the pieces that put his name in the history books.

The North Carolina Museum of History is celebrating Barnes’ life and career through a new exhibit, The North Carolina Roots of Artist Ernie Barnes, showcasing his original artwork and even artifacts of the Tar Heel native.

Spectrum News anchor Caroline Blair spoke with the exhibit’s curator, Katie Edwards, who says it’s a privilege to display the iconic artists’ work. Barnes was a champion for change, and became one of the nation’s foremost African-American artists after his numerous year career as a professional football player.

Known for painting elongated bodies, with movement and grace, the “Big Rembrandt” as some called him, has his artwork featured on the hit TV series Good Times, and his painting appeared on the cover of Marvin Gayes album.

The exhibit featuring Ernie Barnes’ work will remain on display at the North Carolina Museum of History through March of 2019.