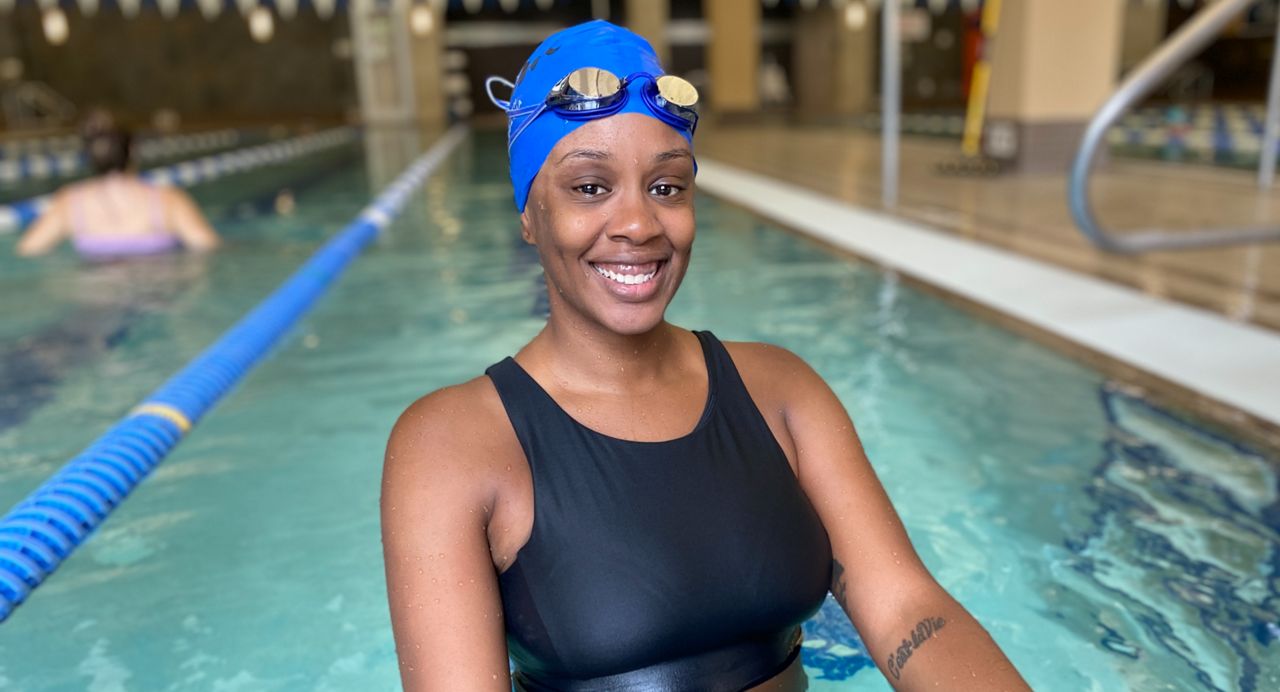 Why a yoga instructor decided to learn to swim

CHARLOTTE, N.C. — One aquatics facility in Charlotte is encouraging people in the Black community to learn to swim.

According to the USA Swimming Foundation 64% of African American children don’t know how to swim, compared to 40% of white children

If their parents learn to swim they are 4.3 times more likely to be good swimmers

Kira Porter has been a yoga instructor for five years. She loves the body movements, meditative state and exercise. But she recognizes that sometimes we need to challenge our mind and body.

“Growth doesn’t happen in your comfort zone,” Porter said. “It only happens beyond it.”

It’s why at the age of 30 Porter decided to try something she’d never tried before. She learned to swim at Life Time Athletic Club in Charlotte.

“I love water sports and water activities, but I know that I wouldn’t be able to save myself if something happened,” Porter said. “I want to be able to enjoy those things without drowning.”

“My family had an old-school way of learning where they throw you in the lake, and I was not really about that at all,” Porter said.

According to the USA Swimming Foundation, 64% of African American children don’t know how to swim, compared to 40% of white children. Instructor Elijah Walker learned to swim as a child, but said he often felt like an outsider.

“I was one of the only Black swimmers, and socially I never felt accepted,” Walker said. “I never felt like I fit in with the other Black kids because they ran track or did football. I think people can get discouraged for that simple fact, where they don’t feel comfortable.”

That’s why he wanted to offer inclusive swim lessons at Life Time to show that people from any background or of any race can learn to swim.

Porter says someday she hopes to have children. She wants to be capable of coming to their rescue if anything were to happen.

“I would hate to be in a situation where my child is drowning, and I can’t save them because I don’t know how to swim,” Porter said. “So it’s very important to learn.”