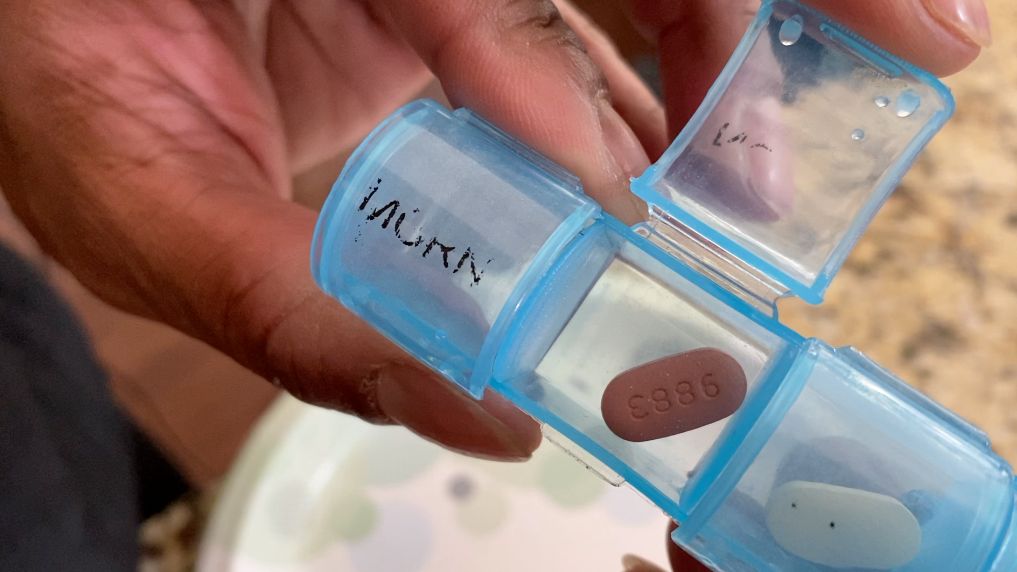 How close are we to a cure for HIV/AIDS?

CHARLOTTE, N.C. — Last month, a woman from Argentina was documented as one of the first few people to be cured of HIV, and Spectrum News 1 looked into how close we are to finding a cure on a large scale.

Joe Lewis enjoys cooking with his family. It’s an activity they often do together and some even passed down their secret recipes.

“I am about to cook some French toast,” Lewis said. “It’s a recipe I got from my grandfather.”

While these were usually joyous times. His family was also there for him in the tough moments, like when he was diagnosed with HIV at the age of 21.

“I just left Dallas and ended up getting terminated from my job because I was trying to hold on,” Lewis said.

More than a decade later, he is doing much better; however, he is living with a reminder of his past every day. He currently takes the medication Biktarvy every day to treat HIV. While the side effects of his medication aren’t bad, there's something else that bothers him.

“It’s a reminder daily of 'oh, I got this thing,'” Lewis said. “And then there is stress about do I have enough? Did I get my prescription filled on time?”

He also knows many people who have died from HIV. The nonprofit RAIN has a binder filled with funeral pamphlets of people who have passed away in the Charlotte region from the illness.

The binder is filled with pictures, newspaper clippings and more. Spectrum News 1 couldn’t share their identities due to privacy laws. Lewis says this is why a cure is so important.

“It would mean that Chelsea wouldn’t have to continue this book,” Lewis said. “This book would be obsolete.”

Over the last few years, there have been several headlines claiming people were cured. Physician Assistant Joel Wesley Thompson is the HIV medical director of the Amity Medical Group in Charlotte. He explained how some people have been cured.

“This person in Argentina, along with a person in California, were elite controllers and were able to mount a response that took over the virus,” Thompson said.

These patients were able to do this because they were born with an HIV-resistant mutation known as Delta 32.

The mutation removes a certain spike protein, which HIV needs to enter T cells, and therefore the virus can’t infect the body.

“That is exciting, but not probable because less than 0.6% of people carry that mutation,” Thompson said.

Thompson says the only way to pass this mutation to someone else is through a stem cell transplant, which is extremely costly and can be deadly. But he said there is a way to eradicate the virus over time.

“We do have a cure if we could just get the knowledge of pep, prep and tasp out there,” Thompson said.

Pep is a medication people can take 72 hours after infection that prevents them from being positive. Prep is similar to birth control. Those who are not infected can take the medication to prevent contracting the disease from someone else. Tasp is a treatment that prevents an infected person from spreading the illness to their partner.

About 38 million people live with HIV worldwide. In North Carolina, there were about 33,000 people living with HIV in 2019. That same year 474 people died from the illness.

Lewis has come to terms with the fact that he may live with this illness for the rest of his life. For now, he is just happy to have a family who is there for him in the meantime.

“I am not going to act like it is peachy and roses all the time, but when life throws you punches, you make a punch,” Lewis said.