A new opera focuses on the time in Queen Liliʻuokalani’s life when she was imprisoned in a single room on the second floor of the Iolani Palace for eight months.

The Hawaiian Kingdom’s last monarch composed seven songs in 1895 while she was under house arrest for allegedly knowing about an attempted coup to restore her to the throne. During this time, Liliʻuokalani prohibited from communicating with the outside world, but her musical compositions were a way to send messages of hope to her former constituents. The fact that Liliʻuokalani was a composer and championed Hawaiian music and culture inspired Anne Leilehua Lanzilotti to write an opera about the former Queen.

“One of the big things about her that's really inspiring is, as a composer myself, is that she was a composer,” said Lanzilotti in an interview with Spectrum News Hawaii.

Lanzilotti is a Native Hawaiian composer, performer, educator and scholar. She grew up on Oahu, and moved away for college, studying and living in the U.S. and Europe for about 20 years, before moving back to Hawaii in 2021. She said she felt it was necessary to educate herself in Western music and always felt like “I need to catch up.” More recently, she realized Hawaii has a rich musical legacy.

“We actually have this incredible history: the queen was an organist, a choirmaster, a composer,” said Lanzilotti. “She wrote this incredible body of work that preserved the language in a really interesting way and uplifted Hawaiian stories.”

During her lifetime, Liliʻuokalani wrote more than 150 mele, or Hawaiian songs and chants. While in prison, she composed without any instruments — she could hear the music in her head. One song Liliʻuokalani wrote while imprisoned is “Kuʻu Pua I Paoakalani.” Her attendant, Evelyn Townsend Wilson was voluntarily imprisoned with the former queen and was one of the few people she was allowed to interact with. Wilson’s son sent Liliʻuokalani flowers wrapped in newspapers, which was a way to bring the news of the day to her. In the song, Liliʻuokalani compares Wilson to the beautiful flowers.

Lanzilotti described the song as having a coded meaning: Liliʻuokalani wrote about valuing the flowers, but it was really about how she valued her supporters and was letting them know she had received their messages and that it gave her strength.

“She wasn't allowed to make a statement during that time, but she wrote this song ‘Paoakalani,” said Lanzilotti. 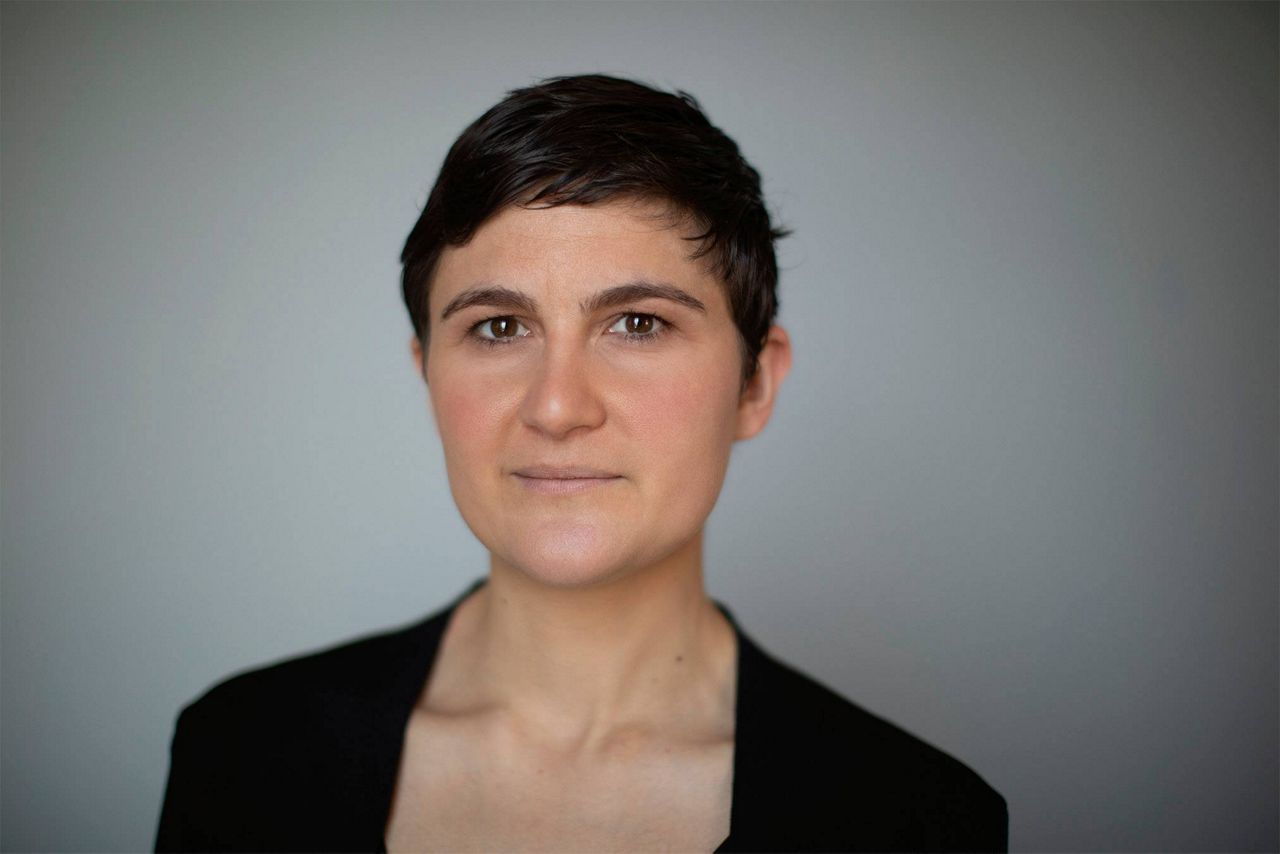 In April, Lanzilotti was awarded a $13,000 grant from OPERA America, an esteemed New York-based organization that promotes the creation of opera in the U.S. She told Spectrum News Hawaii the grant will help pay an audio engineer, videographers and the vocal performers Roomful of Teeth, with whom she will workshop her opera compositions.

“It's a huge honor — not just for the grant itself, but also the visibility nationally. It's an incredible support of my work,” said Lanzilotti.

OPERA America’s prestigious Women Composers: Discovery Grants, which are supported by the Virginia B. Toulmin Foundation, were awarded to eight female composers, totaling $104,000, to support the development of new operas and musical theater works. Grantees were selected from a pool of 48 composers.

“When the Opera Grants for Women Composers launched in 2013, less than 20% of world premieres in America were composed by women. Nine years later, that percentage has more than doubled, with 44% of new American works in 2020 composed by women,” stated Marc A. Scorca, president/CEO of OPERA America, in a press release.

Lanzilotti said it’s important to recognize highly qualified female composers who have historically been left out, because women have different stories they focus on. She noted that in a lot of bygone operas, women of color are dying, being abused, or experiencing other forms of trauma.

“While a lot of these (newer) stories still have trauma, having gender diversity in who gets to tell the stories helps to change those perspectives and … change the way that those stories are being put forward,” said Lanzilotti. 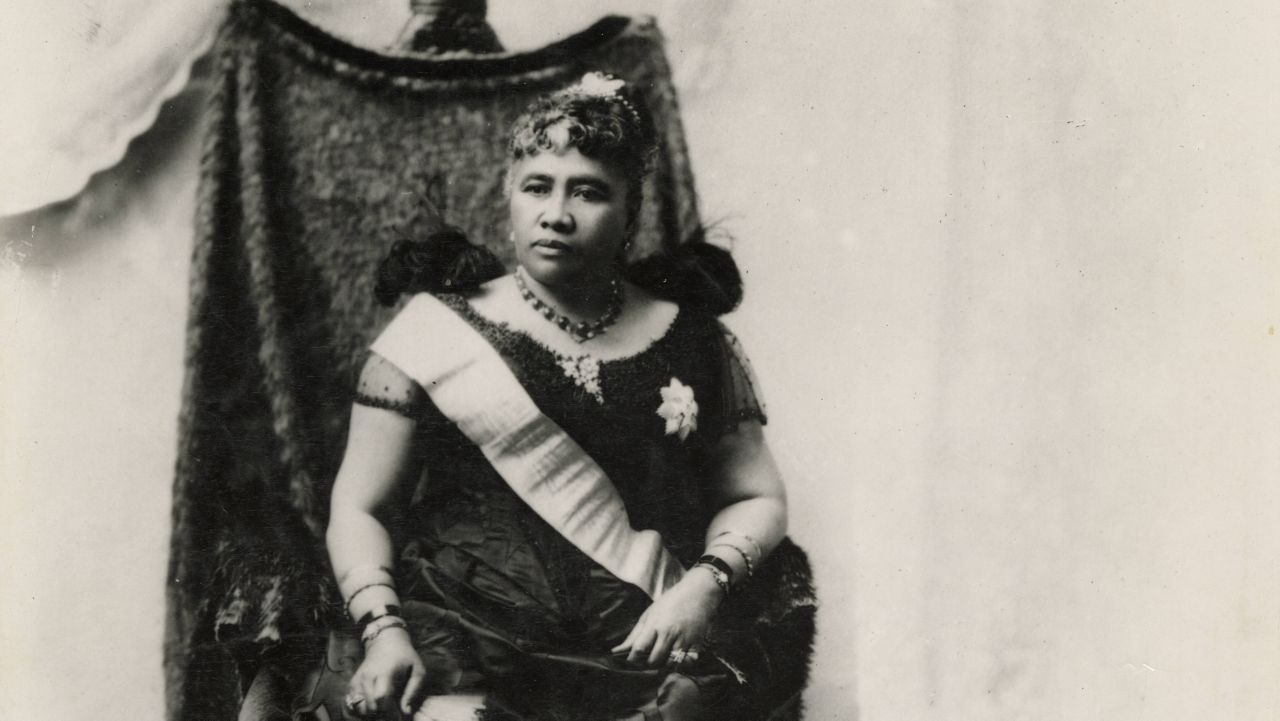 Lanzilotti said in her opera Liliʻuokalani will go through challenges, but she will not be depicted as a victim.

Lanzilotti was also awarded a grant in February through the Council for Native Hawaiian Advancement in partnership with Kamehameha Schools through the E OLA (Empowering ʻŌiwi Leadership Award) program that will help fund the opera.

The working title for Lanzilotti’s opera is “Liliʻu.” The queen was bestowed the name Liliʻuokalani only when she was named heir-apparent to the Hawaiian throne — before that, her Hawaiian name was simply Liliʻu. Lanzilotti said she chose the title because when the queen was imprisoned, she was “just with herself.”

Lanzilotti said she feels a kuleana, or great responsibility, to tell the queen’s story.

“The political environment and the climate around that time is so complex, and so many of us, myself included, have complex family histories with people on both sides,” said Lanzilotti, referring to her Hawaiian ancestor who was a close friend of the Liliʻuokalani’s and her white forebear who assisted in the overthrow of the Hawaiian kingdom. “Another part of this for me is feeling ‘what is my kuleana to the story in uplifting the voice of the queen?’”

While the dramatic focus of the opera will be about the queen’s time under house arrest, Lanzilotti said she will use Liliʻuokalani's writings from her diaries, her book “Hawaii’s Story by Hawaii’s Queen” and lyrics from her songs where the melodies are no longer known.

In order to create the opera, Lanzilotti will write original music and she hopes, in combination with Liliʻuokalani's words, that it will give context to her state of mind during her time in prison.

“It is important for me for it to be her own voice, so even though I'm writing the libretto, it's her words,” said Lanzilotti.

The writing of the opera will require a time-consuming research process, which will involve everything from going to the Hawaii State Archives to talking to the director of the Kawaiahaʻo Church, where Lili‘uokalani once served as choir director. 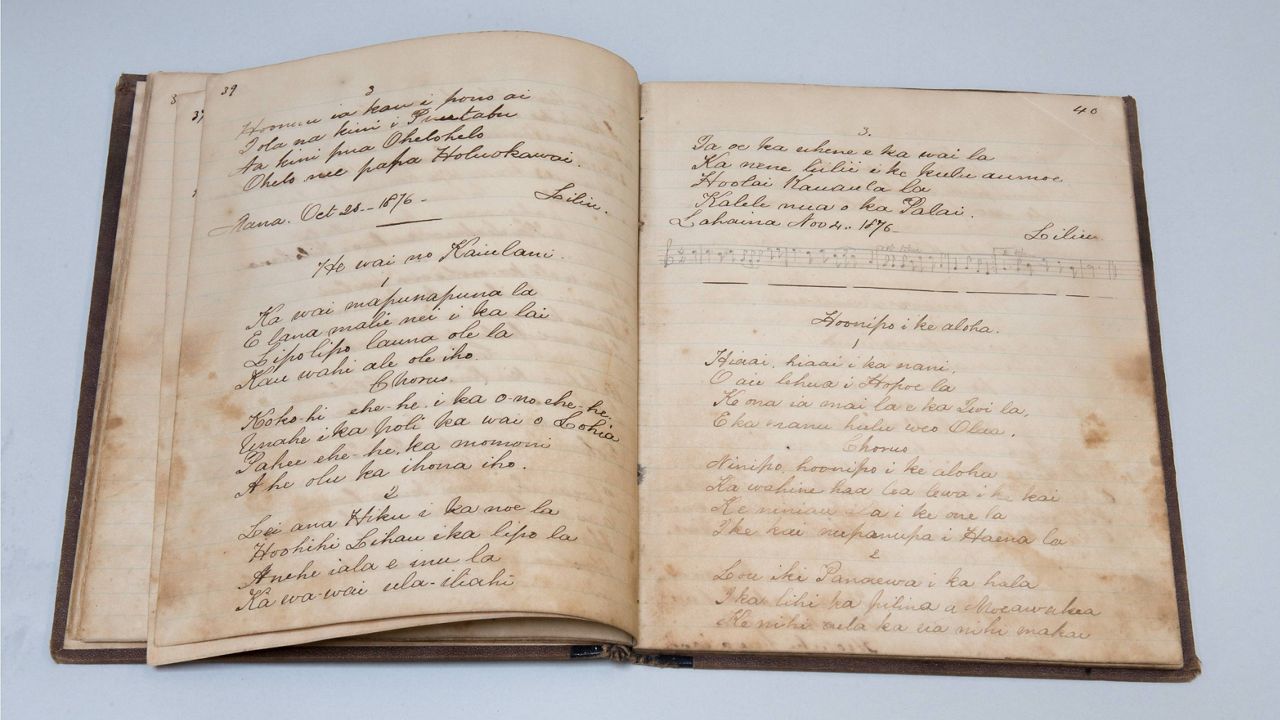 Lanzilotti is also working to improve her Hawaiian language skills and will be reading Liliʻuokalani's writings in Hawaiian, too.

She said part of the reason she moved back to Hawaii was because she felt inspired by the indigenous language movement that is happening across the U.S. and wanted to be more active in that herself. When Lanzilotti was born in 1983, she said there were less than 50 speakers of Hawaiian under the age of 18, and it was still technically illegal to teach Hawaiian until 1986.

“Moving back here as an adult and seeing how much that has improved, (made me want) to be a part of that,” said Lanzilotti about Hawaii’s relationship to the Hawaiian language. She said she hopes one day to be “an auntie that people can speak Hawaiian to.”

Lanzilotti said preserving Hawaiian language and culture is the main focus of her opera, which the queen kept alive through her songs and writing.

In her process of creating an opera, Lanzilotti said that after she reads and talks to people, she usually starts to “have a more robust relationship with the writing” and she looks for phrases and concepts that jump out at her. She compared it to a mobile floating in the air above her head, with all of the information dangling down.

Next, she said she will work on composing the opera, which might involve recording herself playing the viola and singing fragments.

With the OPERA America grant, Lanzilotti will workshop her compositions with Roomful of Teeth in New York. She said this allows her to take pieces of the opera from her head and work on them with other musicians.

“There's something different about working on that material with eight people in the room actually singing all the parts,” said Lanzilotti.

She also said it would make her feel connected to the Lili‘uokalani’s song writing process, since she was a choir master. 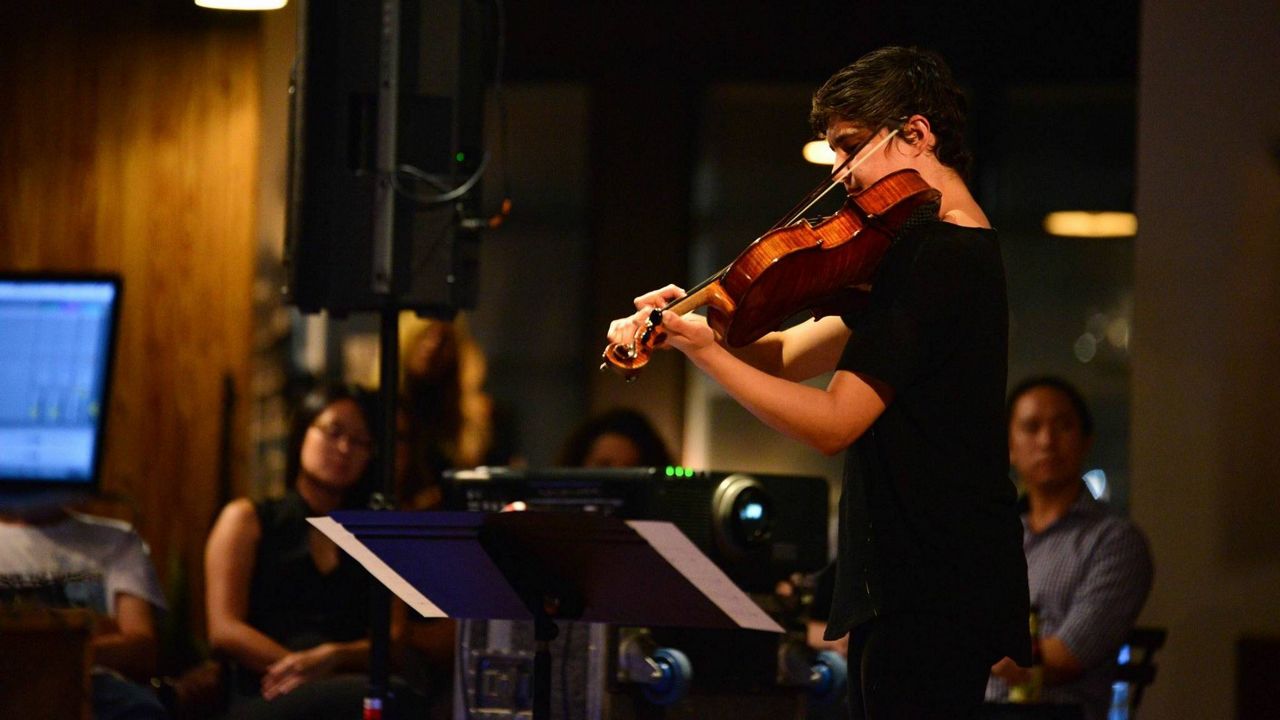 In the future, Lanzilotti hopes to workshop other elements of the opera with instrumentalists too.

Lanzilotti imagines the final opera will be finished by 2025 and that it might be performed at the Blaisdell Concert Hall, Hawaii Theatre, or the Queen Liliʻuokalani Trust’s facilities.

For now, people can see Lanzilotti perform an original composition for free during the noon hour on May 26 at the city’s Civic Center near artist Isamu Noguchi’s “Sky Gate.” The City and County of Honolulu and Chamber Music Hawaii commissioned Lanzilotti to write a piece that focuses on the sculpture. At the Lāhainā Noon, which is when the sun is directly overhead and will occur while Lanzilotti is performing, the wavy sculpture will cast a perfectly circular shadow.