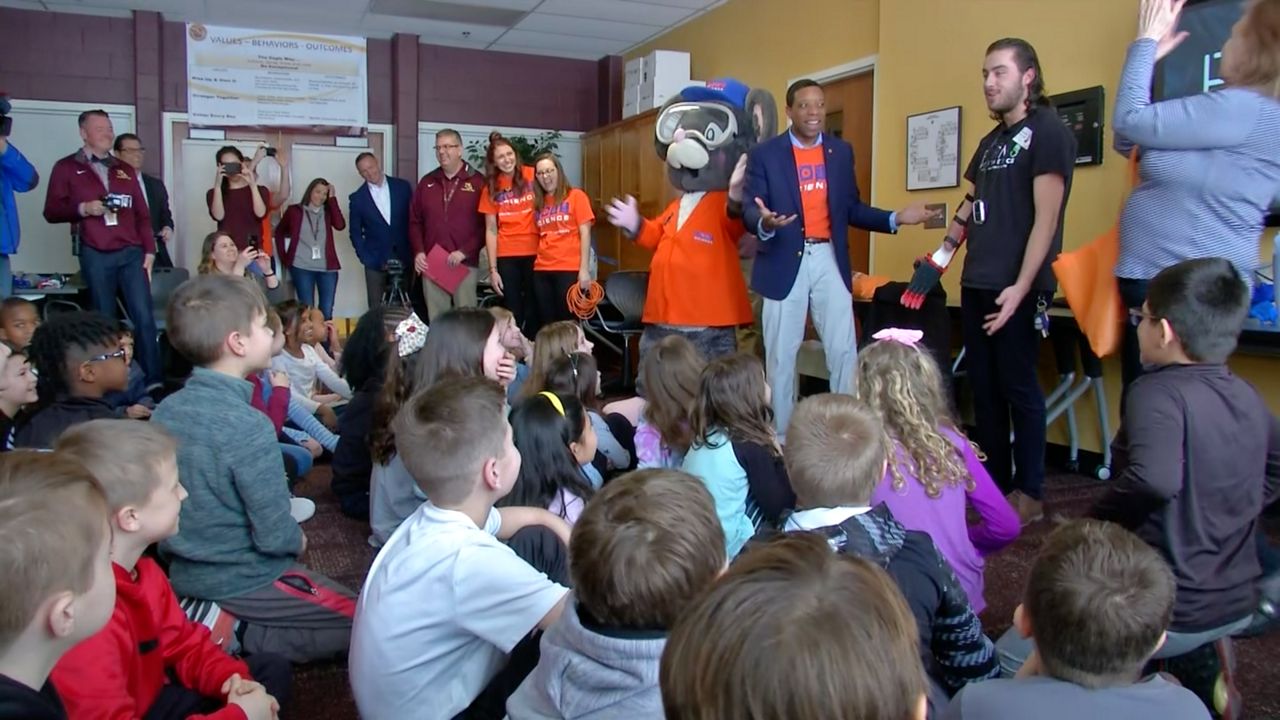 No Arm, No Problem

Aaron Westbrook was born without a right hand, but he's showing his community how to face challenges head on, exceed expectations and give back in the process.

"It was very heavy and cumbersome and I just realized, not only the disconnect in the technology, but really the process all together,” he said.

He did something about it and created his own prosthetic arm with a 3D printer.

"There had to have been something better out there and in my case, it wasn't finding that sort of solution. It was creating it,” he said.

Westbrook has set out to help others as well. He's now the founder and CEO of Form5 Prosthetics, a non-profit that creates affordable prosthetics from recycled products for the underprivileged. On Friday, he spent the day sharing his story and inspiring students at New Albany Primary School, but there was also a surprise in store.

The Center of Science and Industry along with the school district and the City of New Albany, surprised him with the announcement that he had been selected as a COSI Stem Star, recognizing his efforts as a champion of science and innovation. In May, Westbrook will serve as Grand Marshall for the COSI Science Festival.

"Just to be a living example of what is possible through the school system and outside of the school system, that's what really makes me come back here and share my story and what we're doing as an organization and showcase that I could have taken something and allowed it to hinder me and prevent me from doing things that I love, but instead it's turned into pretty much my life's work of providing this opportunity for other people," Westbrook said. "It was incredible. It really just blew my mind.”