Behold the power of trees

The time around Arbor Day is perfect for celebrating trees and the many ways they help our air and water.

Trees look nice and boost our moods, not to mention providing homes for many animals. They’re powerhouses for cleaning air and water and blocking the elements, saving us a lot of money along the way.

About half of U.S. states each get at least $1 billion in environmental benefits each year from urban trees alone, according to one study. The country-wide impact of urban trees adds up to $73 billion: $65 billion in carbon sequestration, $5 billion in filtering air pollution and $3 billion in stormwater management.

They also absorb about 35 billion pounds of air pollution, which lowers the number of cases of respiratory issues. Even indoor air quality benefits from trees. A study in the UK found that lines of trees along streets significantly reduced indoor pollution.

Treatment facilities clean our drinking water before we use it, but forests help do some of the work beforehand. Trees filter the water, removing some contaminants.

Trees do double-duty when it comes to water, though. They limit runoff by catching rainwater and creating more permeable soil, which reduces erosion and the host of issues that come with that.

Runoff and erosion are a growing problem as rainfall trends are turning heavier. Research from Climate Central shows trees prevent nearly 400 billion gallons of runoff each year in the Lower 48, a job that’s becoming even more important. 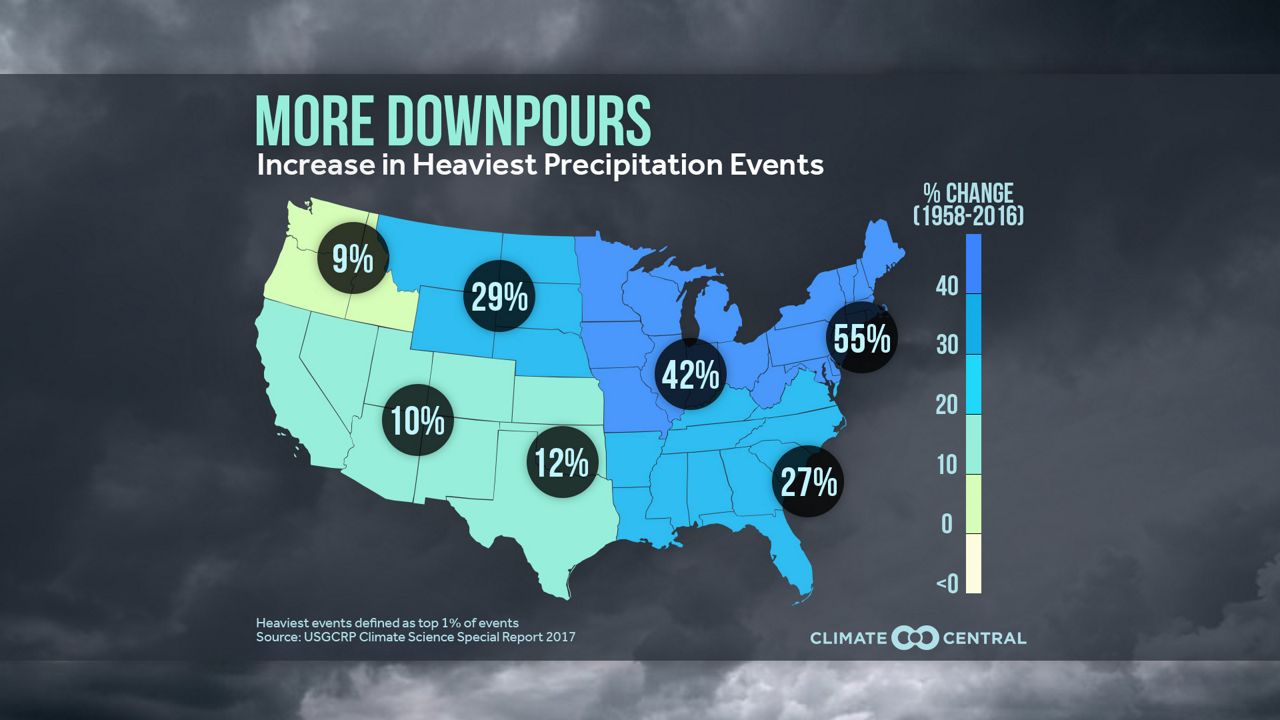 Do you like to stand in the shade on a summer day to get out of the bright, warm sunshine? Your house likes the shade, too, and being out of the sun means the air conditioner will run less.

Between trees shading a home in the hot sun and blocking the wind during the cold, you can benefit from up to 25% less energy consumption, according to the Department of Energy. Three properly placed trees can save an average household $100 to $250 each year on energy bills, adding up to $5 billion annually nationwide.