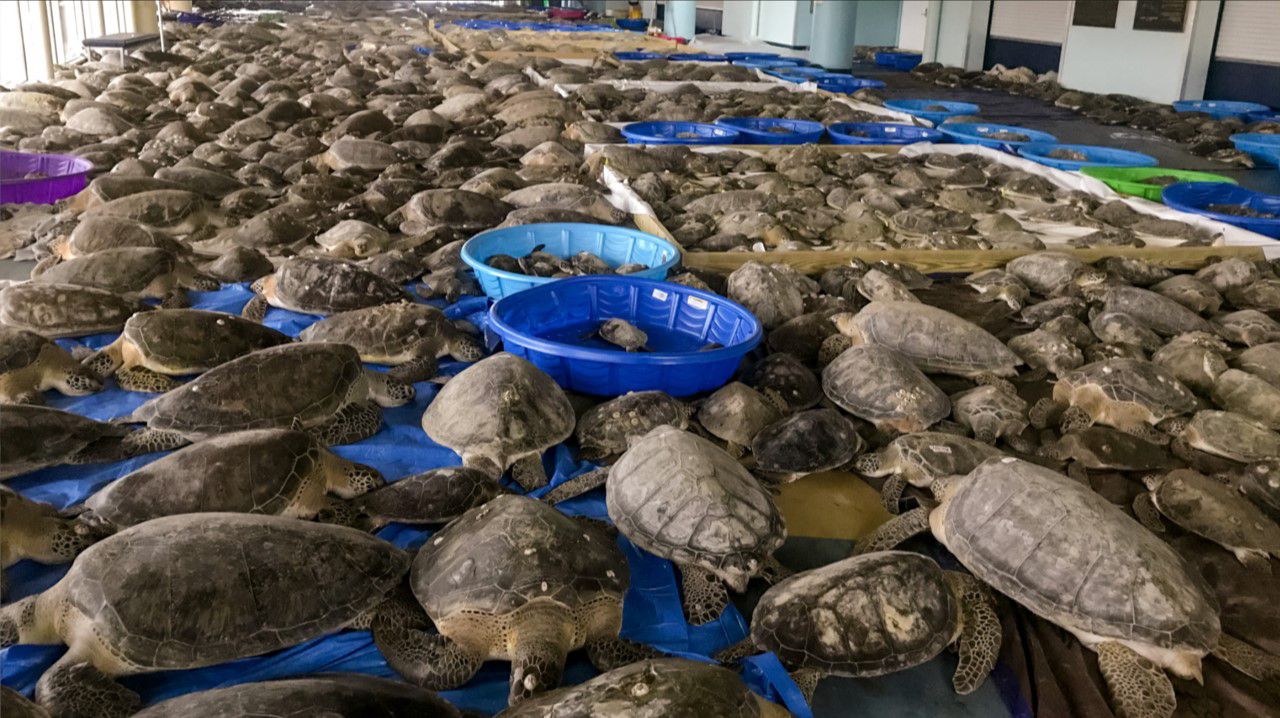 Many text alerts woke Wendy Knight up on the morning of Valentine's Day 2021. Temperatures bottomed out and suddenly, she had a pit in her stomach.

An extremely rare, 100-year arctic freeze came to fruition, and she knew it was only a matter of time before the sea turtles she fights so hard to protect would struggle to breathe.

When water temperatures around her town of South Padre fall below 50 degrees, countless area sea turtles become numb and catatonic.

The frigid waters cause their bodies to freeze up on them, causing a “cold-stunning event,” and her rescue organization, Sea Turtle Inc., only has a narrow window of time to save them. 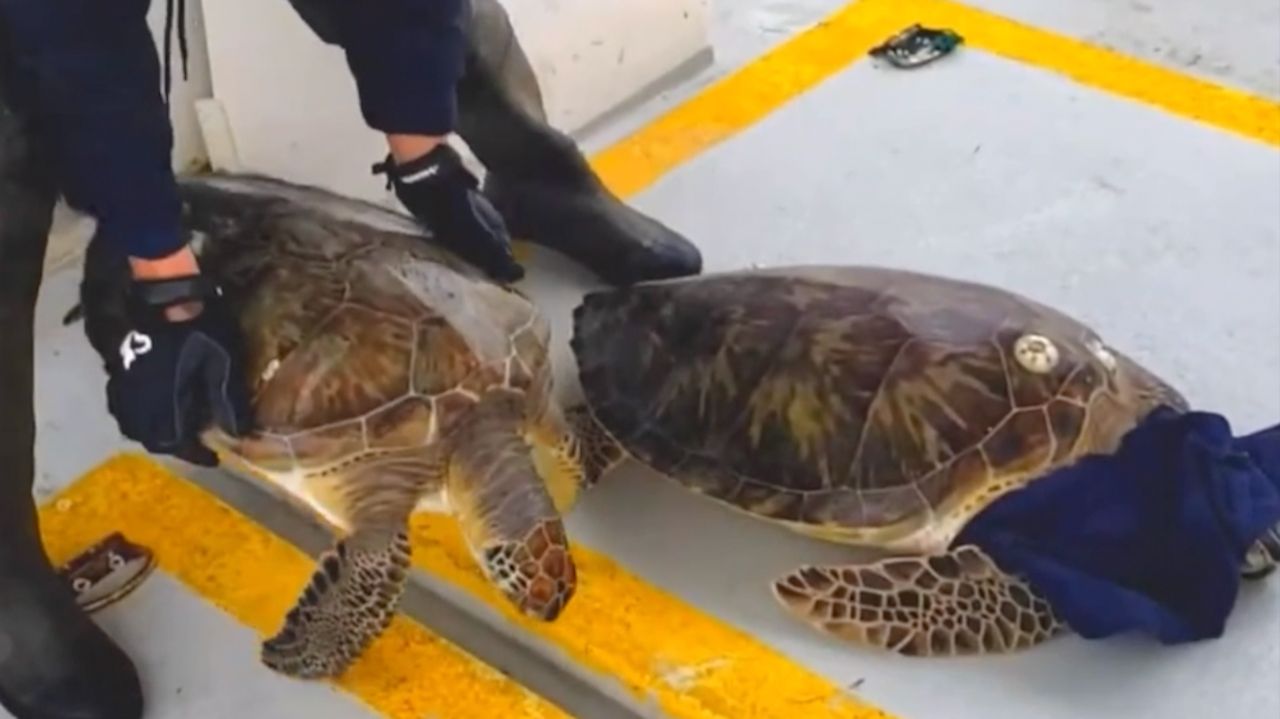 "They’re aware that they need to raise their head to breathe, but their bodies cannot respond. Without human intervention to remove them from the water, they could drown while awake and alert on the surface of the water," said Wendy.

Back at Sea Turtle Inc’s rescue facility, their resident, unreleasable turtles had to be pulled from their tanks and put anywhere they could find room.

“We had turtles in the bathroom, my office, the gift shop, anywhere we could find floor space, there was a turtle,” said Wendy. 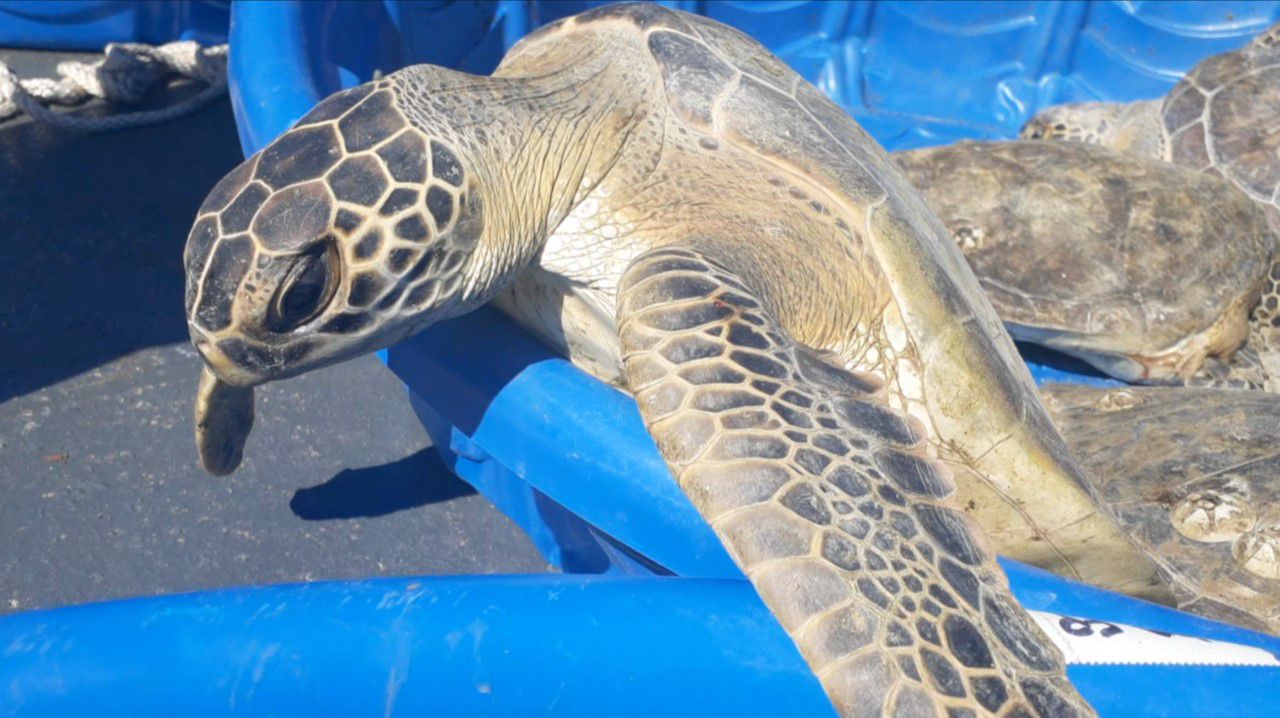 Because of the harsh temperatures, wind and ice, cell towers jammed and internet service was down because of electricity outages.

Heat and light were a rare commodity on the island that day, but Sea Turtle Inc’s volunteers weren’t about to stay put shivering in the dark. Within hours, they were finding turtles washed up on beaches and getting reports of turtles floating in the bays and surf, so Wendy started planning a large scale rescue mission with South Padre resident and volunteer, Nathan Hubble, to pull the sea turtles from the frigid waters.

"Do you want me to put it on my Facebook? Go grab turtles from the water?” And she said, “Yes. If anybody finds a stunned turtle down, stuck, bobbing or whatever, get them out and bring them to us.”

Nathan was on one of the first boats out that day, navigating the icy waters and bone chilling cross winds that seemed to cut like a knife. The conditions were dreadful, but somehow, what they saw in the waters was far worse. 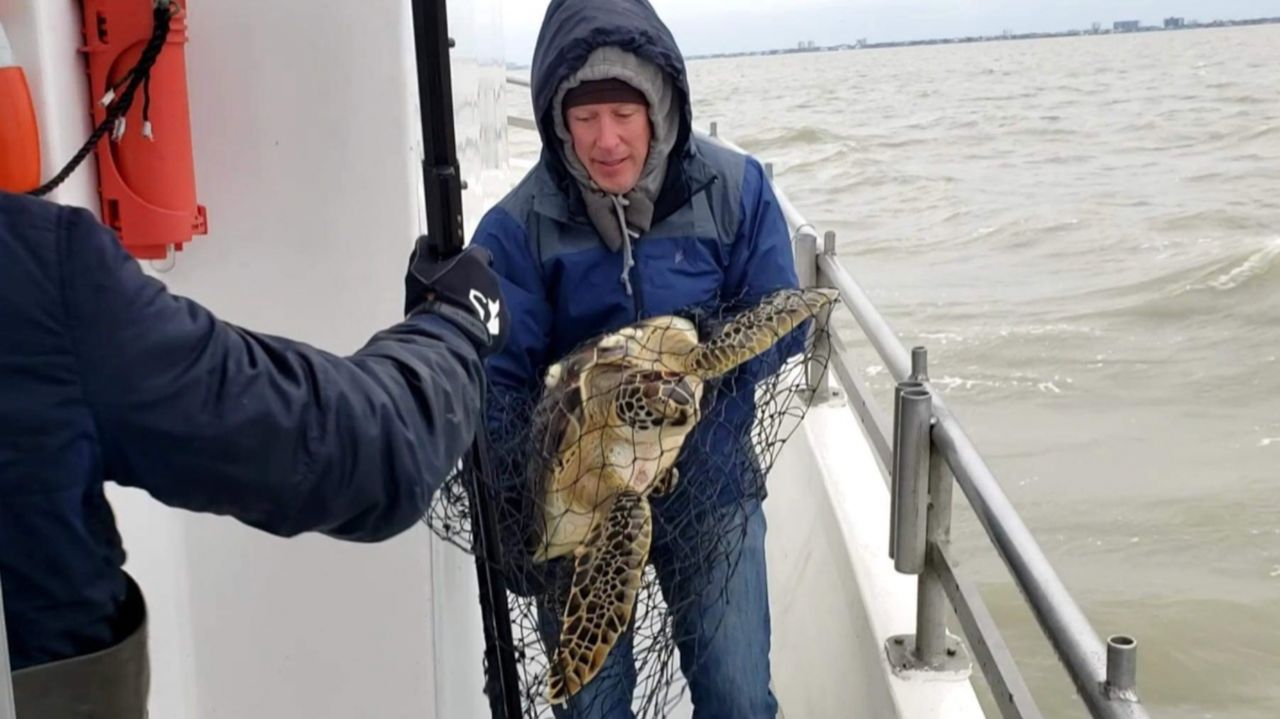 "It was just a ball. Just a black ball on top of the water and you would look and you would see there’s one, there’s two, and then if you look and wait for the waves to die down, you could see 30. We were scooping them up, pulling them in. Some were this big (demonstrating with his hands only 18 inches apart), some were as big as me.” said Nathan.

When Wendy and Nathan sent out that Facebook alert, they weren’t sure it would go through and did not know who it would reach, but little did they know it spread like a wildfire!

Texans from all walks of life and distances as far as 600 miles away showed up for their native sea turtles. 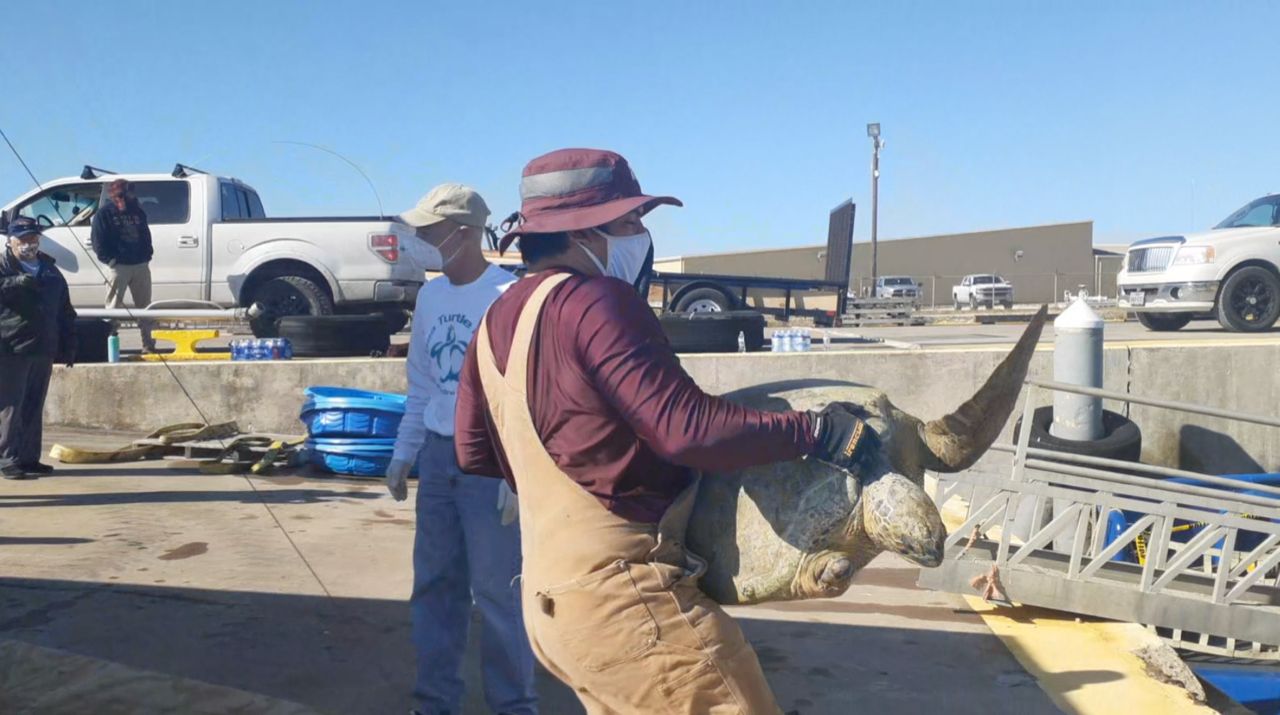 "By the second day, we had more than ten boats, and by the fourth or fifth day, we had hundreds (people or boats?) in the community out saving and bringing in thousands of turtles. There were nights at one and two in the morning where there were still lines and lines of cars out of the convention center driveway full of turtles,” said Wendy. 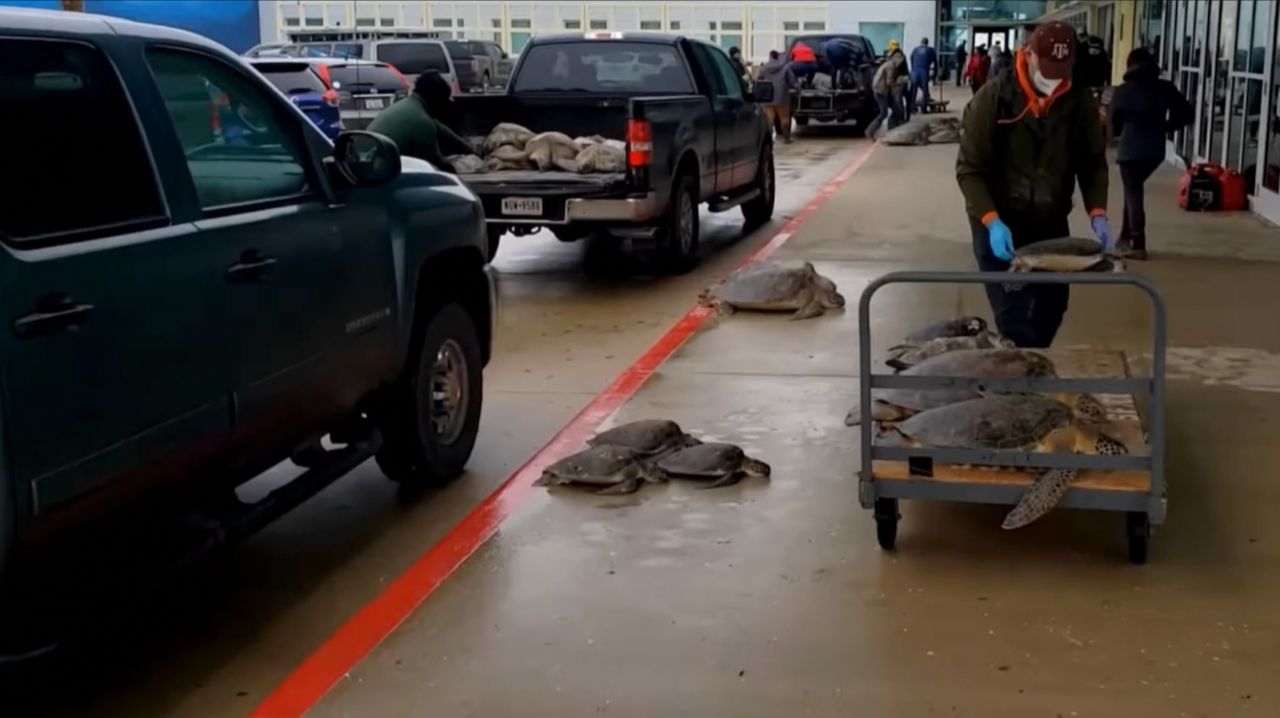 You read that right…the convention center! Sea Turtle Inc. filled up every inch of space in their facility, so the city happily volunteered its massive facility next door.

The only problem was, there was no electricity.

Soon SpaceX heard about the electricity problem and quickly hauled a massive generator over to lend a hand.

Within five days, the community saved 5,556 turtles, and they gradually warmed up shell to shell, filling the convention center grounds.

Volunteers say it was both a heart-aching and awe-inspiring sight at the same time. Together they fought for the turtles, and together they waited for a thaw out and movement.

"Seeing this community get together and do the super heartwarming- We needed something warm because it was 20 degrees for a week. But it really was cool. I cry all the time, but I cried a couple times coming in seeing them all,” said Nathan. 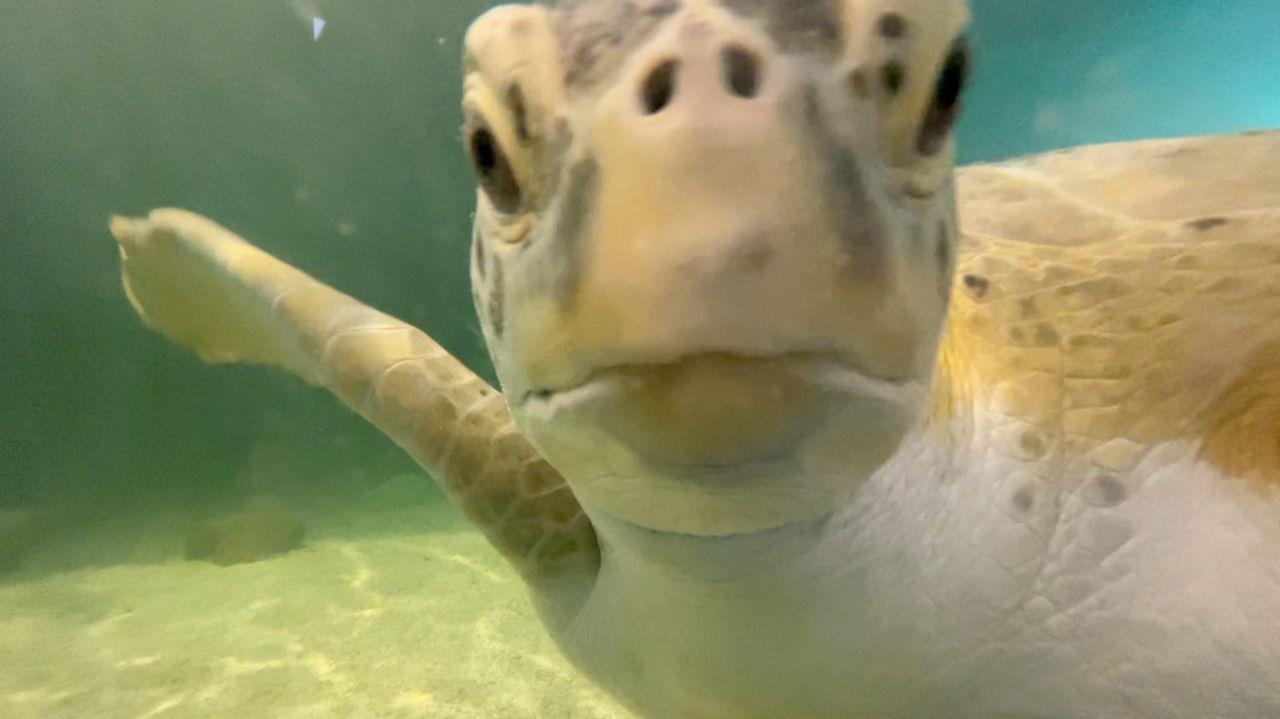 Without the volunteer's efforts, we wouldn't have saved any sea turtles. Human kindness carried them through endless hours of the back-breaking work in the frigid cold.

Wendy said there was not one complaint of frostbite, exhaustion or hunger in those long five days - there were only the turtles.

After a week of care, the waters out in the Gulf warmed to a safe temperature zone in the upper 50s, and they loaded over 2,300 surviving turtles up on a gigantic 210-foot vessel called the Southern Responder and released them back to the seas. 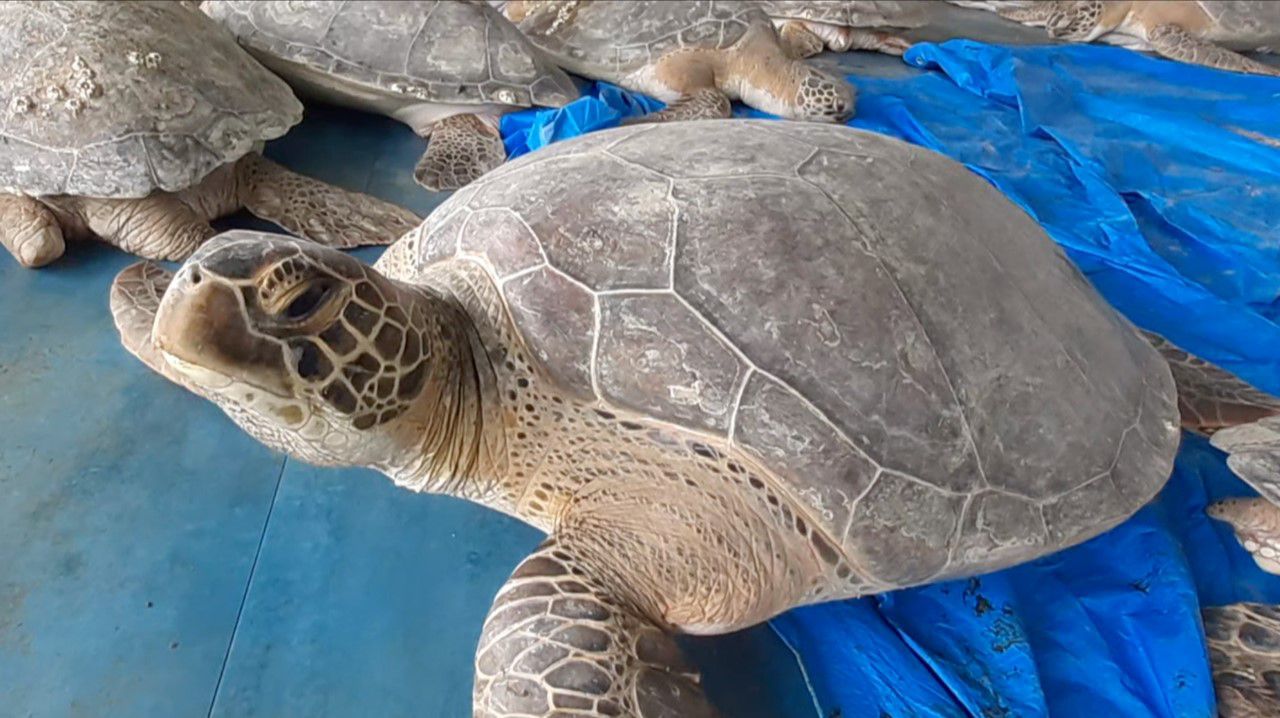 Seeing the release first hand aboard that ship, Wendy was at a loss for words, "It was emotional... It was exhausting... but it made everything worth it, to see that kind of success out of such a catastrophe and such a horrific event.”

Every winter, Sea Turtle Inc. rescues cold-stunned turtles, though never on that scale. They love their volunteers and always welcome any help from their community.