Flake it til you make it: How snowflakes form

Snowflakes are one of the most beautiful parts of snow. Even though the pattern differs from one snowflake to the next, they all form the same way.

Snowflakes form in clouds where the temperature is below freezing.

The water vapor in the cloud condenses (changes from a gas to a solid) on a particle. That particle can range from dust to a pollen grain to a soot particle to even a microscopic metal bit from car exhaust.

Once the snowflake is heavy enough, it falls to the ground.

But how do most snowflakes have six sides?

It all has to do with chemistry.

When multiple water molecules find each other, they rearrange themselves so that oppositely charged molecules pair together. A hexagonal shape forms as a result.

Where does the snowflake get its pattern?

The changes in temperature and the amount of water in the air can change how the snowflake grows.

It can either form facets (six-sided prisms), branches, or both! 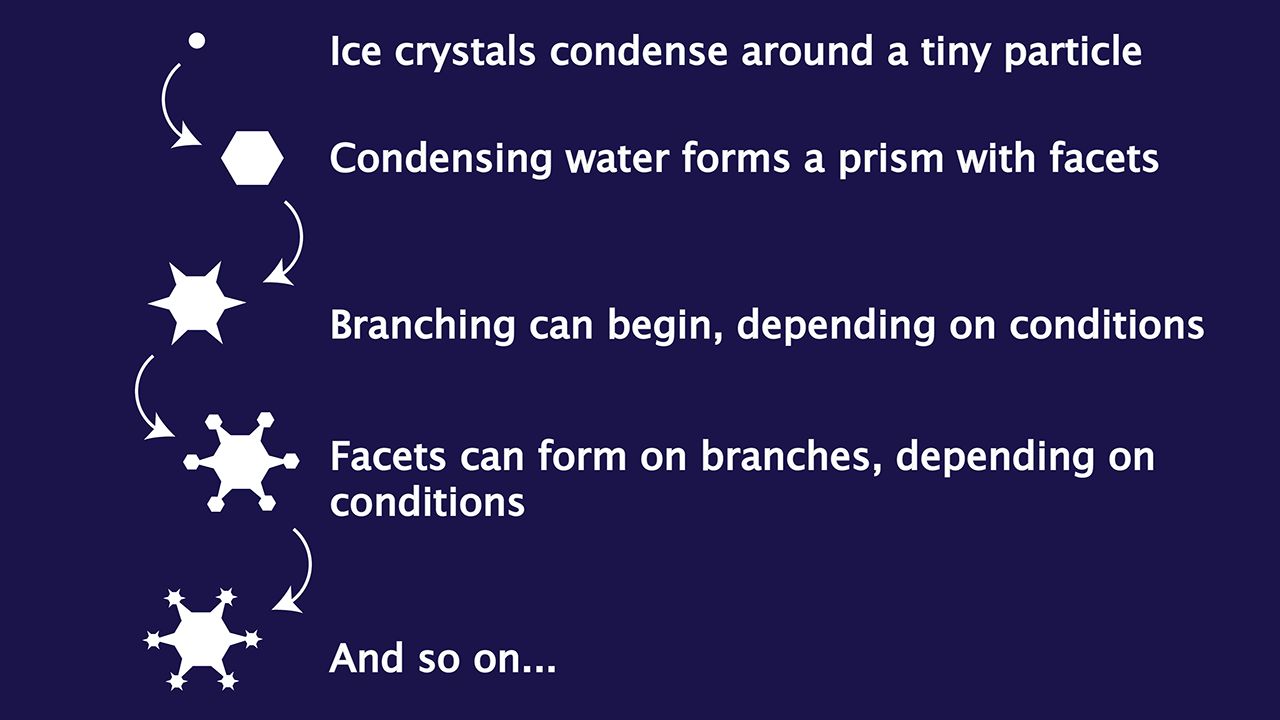 There are different conditions at the microscopic level in the atmosphere, and the order in which snowflakes experience the changing temperature, moisture and time in each area determines their shape.

That’s why it is unlikely you’ll ever find two identical snowflakes, because it’s impossible for two snowflakes to experience the same temperature and moisture change throughout a cloud.