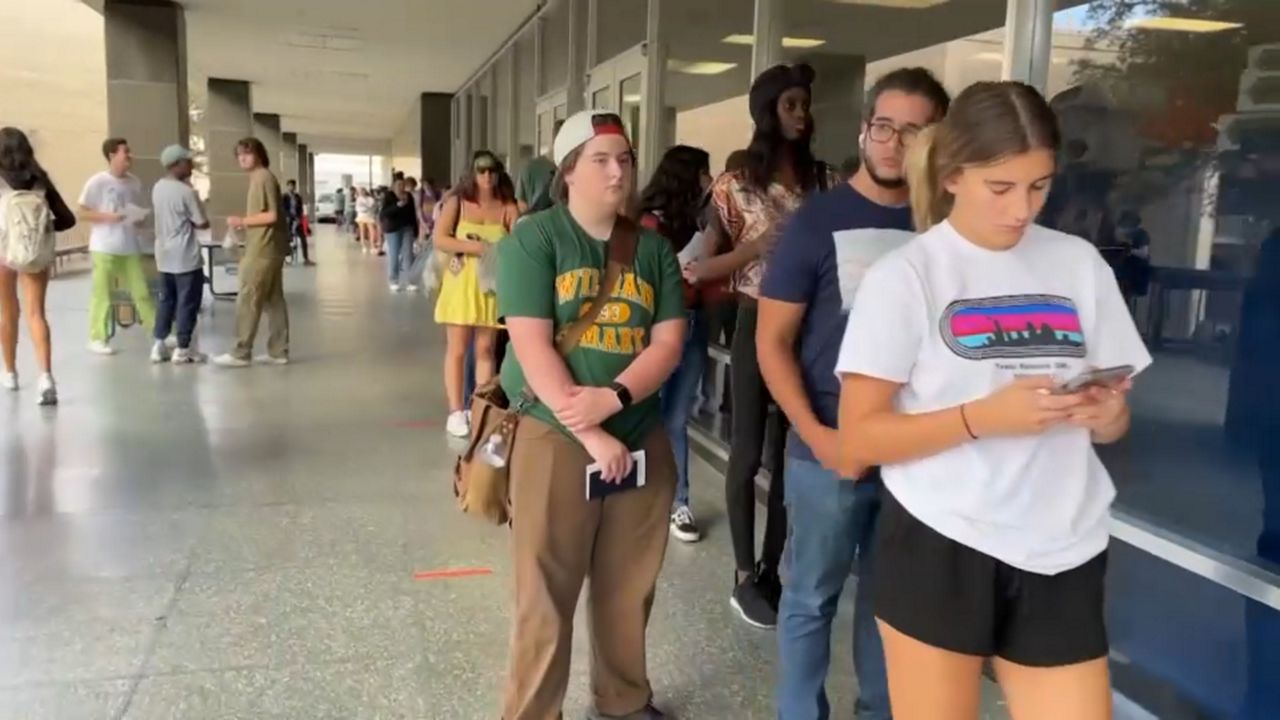 AUSTIN, Texas – From the minute the polls were supposed to open in Texas on Tuesday, the Texas Civil Rights Project (TCRP) began hearing issues across the state. It was operating a phone line, 866-OUR-VOTE, to field calls from Texans facing hurdles while trying to cast a ballot.

“Polling places did not open on time. Voting machines have been down at some polling places. And so we’ve been working with counties to try to get those issues resolved and also where necessary, helping voters find another polling place where they can go vote,” said James Slattery, a senior supervising legislative attorney at TCRP.

Those long lines were seen at the University of Texas at Austin, where some voters at the Flawn Academic Center polling site waited up to 90 minutes to cast their ballot.

“Often these long lines reflect a real lack of investment by, especially the Texas state government, in making sure counties have the resources to fully staff and train these polling places. We say this every session, but next session, the Legislature really needs to think about boosting funding to county elections offices to make sure voters don’t have to suffer like this,” Slattery said.

At 7 p.m., as the polls were closing at the University of Texas at Austin, Rodrigo Garcia ran to the back of the line with just seconds to spare. An elections official determined him to be the last voter at that location.

“It’s a bit embarrassing. I think I should have been here earlier. But I had stuff,” Garcia said.

Even though voters at UT Austin only faced long lines, there were other problems across Central Texas. Early in the morning in Bell County, there were issues with the check-in machines. People there could get in line one hour later than most, at 8 p.m., to make up for the error. In Bexar County, there were some power outages at polling locations. And in San Marcos, issues with voting machines were causing long delays, so an organization called MOVE Texas bussed students at Texas State University to a different location to vote.

TXST voters arriving at the San Marcos Public Library to vote after being bussed from their campus polling location that was experiencing wait times of 4 hours🗳 pic.twitter.com/XkaKxEZxn5

No matter the issue, if voters were in line by the cut-off time, they were going to make sure they voted.

“My ancestors fought hard to make sure I was allowed to stand here today. So I’m definitely gonna take advantage of that,” said Chelsea Gillus, who works in Human Resources at UT Austin. She said the top issues for her were women’s rights, abortion and the economy.

“I care a lot about this country and I care about you know, having my voice at least be put out into the world,” said Ben Clark, a junior at the university. "He cared about abortion, transportation and the issue of homelessness in Austin."