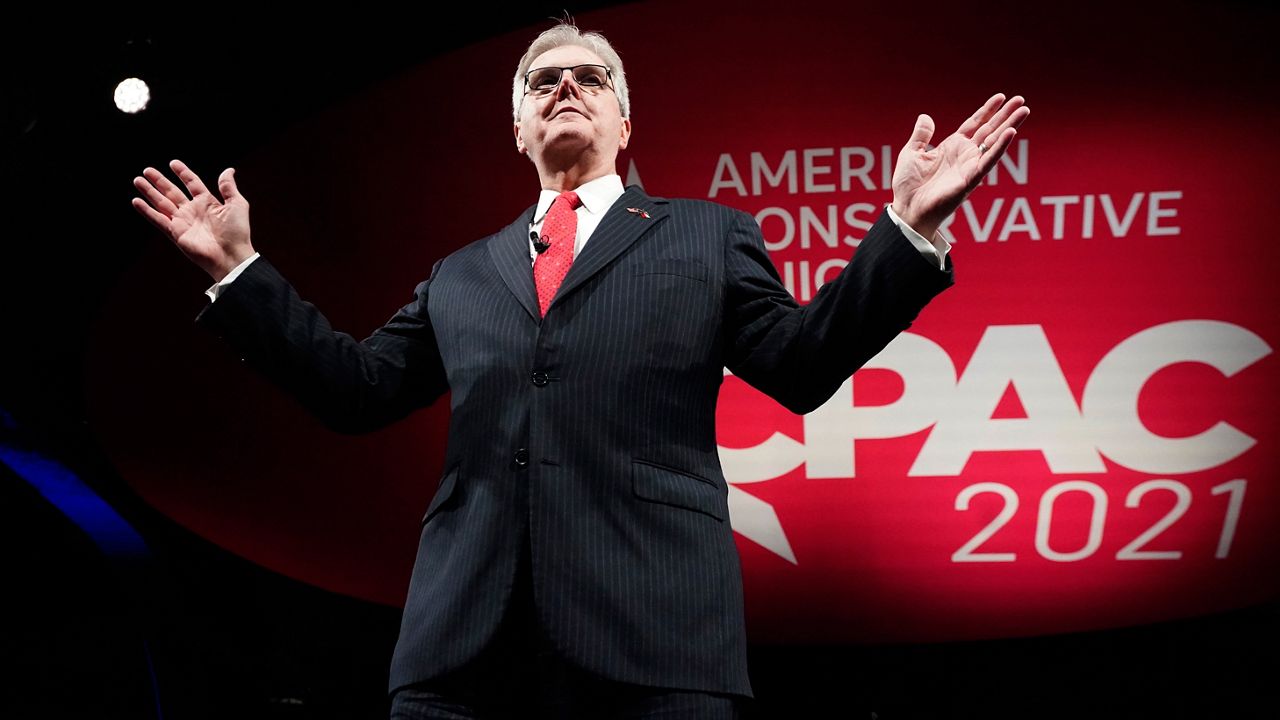 AUSTIN, Texas – The race for what’s arguably the most powerful position in Texas is heating up. Republican incumbent Lt. Gov. Dan Patrick is on a 131-stop bus tour across the state. After squeaking out a 5-point victory with little campaigning four years ago, the bus tour signaled he might take this campaign more seriously. But, he’s not inviting the media along.

Pictures released by the campaign suggest small crowds. One Republican said if Patrick motivates these groups, they could spread his message without media coverage.

“My sense is lieutenant governor feels like the media in Texas and nationally is aligned more with the Democrats and has kind of an inability to be truly fair and objective,” said Matt Mackowiak, the chairman of the Travis County GOP. “Just because you have 20 people doesn’t mean you only got 20 votes that day. You could go out and get 2,000 votes if they’re all using their networks.”

The campaign would not tell Spectrum News why it doesn't release his schedule in advance, and it did not answer any follow-up questions. Mackowiak said campaigns have to make strategic decisions about whether media coverage is worth the time and consequences. According to tweets, the lieutenant governor has spoken to reporters on the road. But the campaign did not answer questions about why certain journalists were given access over others.

“He’s minimizing risk as it relates to doing interviews, because he thinks he’s ahead and because he’s likely going to win,” Mackowiak said. “They’re probably thinking the media message would be totally different than the message he wants to communicate. Of course, these are the strategic questions that each campaign, each candidate across the country has to make: How do you allocate time? How do you get your message out? How do you make sure you’re not giving your opponent arguments to make against you [or] attack ads that are easy to make? And so this is the where the strategy side of campaigns comes in.”

Mackowiak said another reason Patrick is visiting so many places is because he wants to help down-ballot Republican candidates.

One Democrat argues that typically, the media amplifies a candidate’s message.

“Generally, you want to get media coverage to send out a signal that you’ve been in those communities. This is not normal behavior for a politician,” said Ed Espinoza, the executive director of Progress Texas.

He said the candidate is likely cutting out the media to avoid questions about topics like guns and abortion.

“Those are not popular Republican positions at this moment,” Espinoza said.

“It really goes back as far as Rick Perry in 2010, when he refused to do editorial boards with newspapers [and] didn’t really do any candidate debates that I can recall,” he said. “That kind of set in motion this idea that the Republican candidates can just bypass the media and go directly to their voters. Now, that was at a time where the state had lower voter turnout and lower overall voters, and it was heavily tilted to the right more than it does now. The dynamics are different now. The state’s more competitive. We have a lot more voters participating, but we still have more to go. We have more than we did in 2010. And it presents a lot more risk for statewide Republican candidates to avoid the media right now. But it appears that’s a risk that Dan Patrick is willing to take.”

The Patrick campaign is also not advertising on television despite having millions of dollars in donations. Since the election is weeks away, Espinoza said there’s still time to buy TV time.

The lieutenant governor’s democratic challenger, Mike Collier, ran against Patrick four years ago and lost. Unlike his opponent, Collier’s schedule is available online.

The deadline to register to vote is Oct. 11. Election Day is Nov. 8.