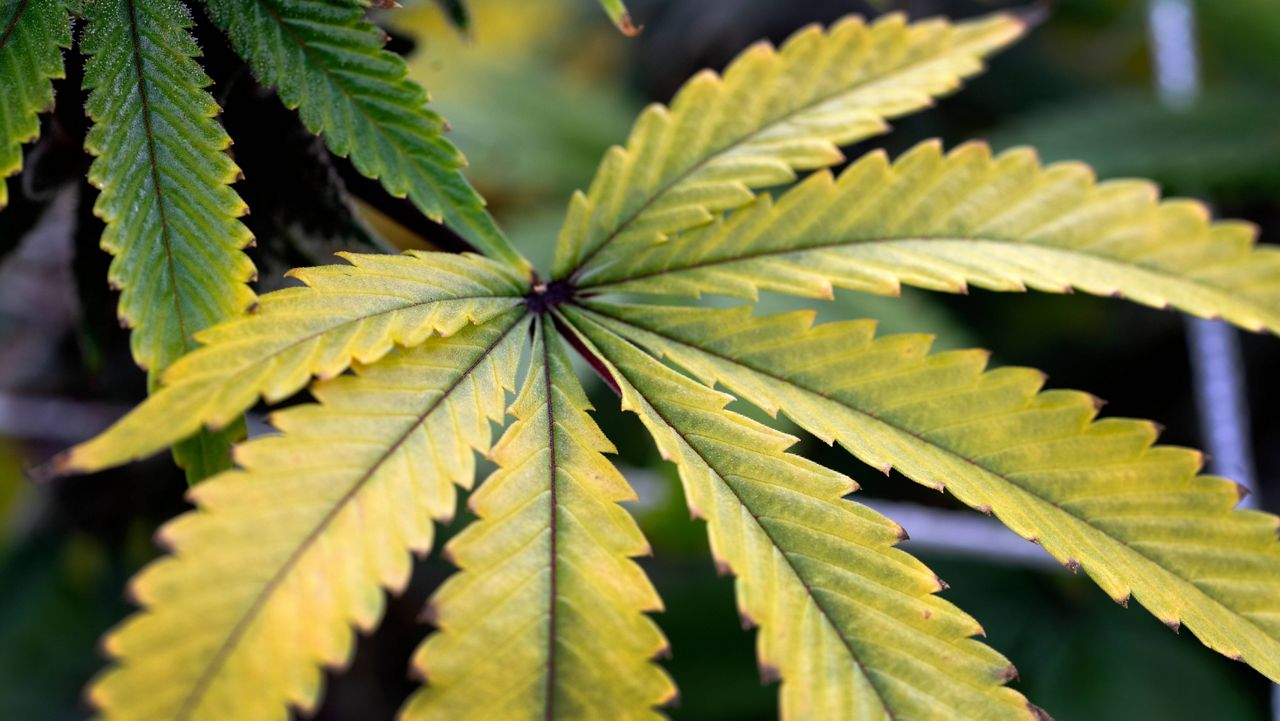 Image of a marijuana plant. (AP)

KILLEEN, Texas — Retired Army Maj. David Bass served in the U.S. Army for 25 years from 1985 to 2006. He’s a veteran of operations Desert Storm and Iraqi Freedom.

“When I returned to Fort Hood, I had these symptoms that I didn’t understand,” Bass said. “I was diagnosed by Army doctors with post-traumatic stress disorder, which was a condition that I had never thought I would be diagnosed with. And so the doctors prescribed psychotropic medications for PTSD. And I was also prescribed opioids for chronic pain from some injuries I had on active duty. After I retired, I was being treated by the veterans administration in Temple. And after a few years, I got tired of those pills. I didn’t like the side effects. So I did some research for alternatives to the pills, and that’s when I discovered medical cannabis.”

In 2012, he told his psychiatrist at the VA that he wanted to stop taking the pills he had become addicted to. He said the psychiatrist told him he couldn’t, so he began researching cannabis on his own. He started using it illegally that year.

“By the end of 2012, I had stopped taking the pill,” Bass said. “I proved to myself that cannabis is effective medicine for PTSD. The symptoms of nightmares, sleeplessness, anger outbursts, paranoia, hypervigilance–medical cannabis took care of them.”

Bass joined a nonprofit focused on cannabis reform called Texas NORML in 2012. In 2013, he became the director of veteran outreach. Two years later, he founded Texas Veterans for Medical Marijuana in 2015. He’s been advocating for medical cannabis ever since.

It wasn’t until 2021 that PTSD was added to the list of qualifying conditions for medical marijuana use. Bass had been using cannabis illegally in Texas for nearly a decade.

“I have an actual prescription to medical cannabis in Texas now, which is wonderful,” Bass said. “It’s really a good thing and changed my life in a very positive way because I didn’t want to use cannabis illegally; I want to use it legally.”

Besides expanding access to medical marijuana, Bass wants lawmakers to pass a decriminalization bill. He doesn’t believe Texans should be arrested for possessing small amounts of cannabis.

“It ruins people’s lives because even though they’re probably not going to go to prison, they have an arrest. They have a conviction. They had to hire a lawyer. They’re on probation,” Bass said. “That arrest and conviction affects all aspects of their life–their job, education, housing. We just don’t think that the punishment fits the crime for possessing personal use amounts of cannabis.”

He also supports legalizing marijuana for recreational use, with regulations. Susan Hays, the Democratic candidate for Texas agriculture commissioner, agrees.

“Cannabis is really helpful to a lot of people, whether it’s someone in severe pain, or a middle-aged person like myself who wants to sleep through the night, or somebody who just wants to relax at the end of the day and understands that cannabis is better for the body than alcohol,” Hays said. “So we should legalize it with regulation. Those go hand in hand. And have rigorous regulations around the medical program so that doctors are treating it seriously, patients are treating it seriously, and they can get the right dosages and formulations that work for them and their condition and the stage of that condition.”

Cannabis is already prevalent in Texas.

“Two million Texans admit to Gallup polls that they use cannabis products regularly,” Hays said. “And since the 2018 Farm Bill–which did perhaps a poor job of drawing a line between hemp and marijuana–cannabis edibles, whether they’re Delta-8 or Delta-9, are now readily available in Texas. We need a sophisticated, thoughtful regulatory scheme to ensure public health and safety, protect consumers, and also provide some economic opportunity for Texans who want to get in the cannabis business.”

Hays noted that people traveling to other states where cannabis is legal bring products back to Texas.

“Too many people are putting their ostrich heads in the sand. Cannabis is here,” she said. “And that includes very nice people from the suburbs flying back from Colorado with whatever they bought in a legal state. New Mexico has now legalized [cannabis]. Oklahoma’s so-called medical cannabis program is so liberal it might as well be legal. So cannabis is pouring over Texas borders, just not the one Greg Abbott wants to build a wall on. And again, we need to deal with a problem instead of just throwing political slogans at it.”

Sid Miller, the incumbent agriculture commissioner, doesn’t think Texas is ready to legalize the plant for recreational use. But he supports expanding access to medical cannabis beyond select conditions like PTSD, autism and cancer.

“We know that it helps people. We know what maladies it can help. And we just need to add all those maladies to the list and quit picking winners and losers,” Miller said. “If you have epilepsy, you can get it. But if you have Parkinson’s, you can’t get a prescription for it. If you have cancer, you can use medical marijuana. But if you have MS, you can’t. So I think the science is here now, what it helps, what it doesn’t help. I think it’s high time we get the bureaucrats out of the business of making those decisions, get elected officials out of the business of making decisions and turn those decisions over to the doctors for their patients. If it can help somebody, I’ve always been for it.”

Legalizing and decriminalizing cannabis are big goals for Bass. But right now, he’s focused on expanding access to medical cannabis for anyone who needs it, not just a select few.

He’s calling on lawmakers to do two things.

“Do away with the THC cap, and do away with this list of qualifying conditions and trust our doctors to decide the dosage and which conditions can be helped by medical cannabis,” Bass said.

The legislative session begins on Jan. 10. Bass said he wants to work with lawmakers like Rep. Joe Moody of El Paso and Rep. Stephanie Klick of Fort Worth to draft a bill before then.