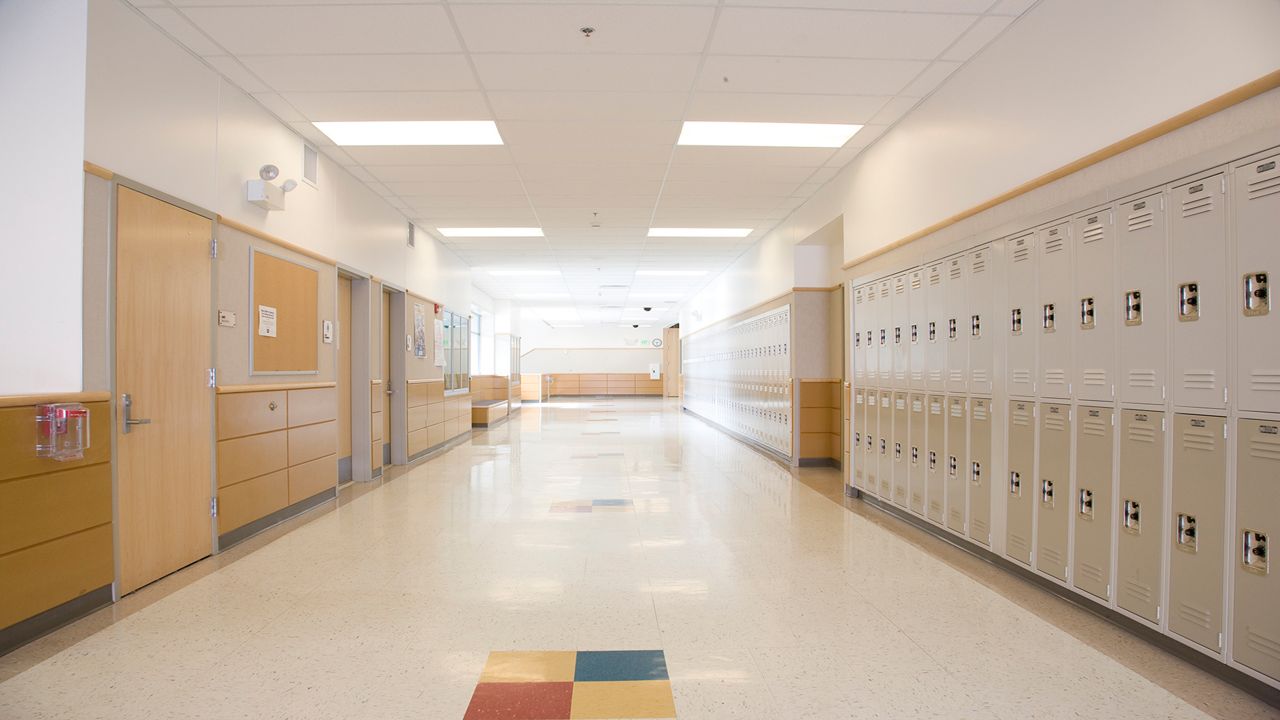 LEANDER, Texas – Keeping students and teachers safe is top of mind in Texas following the Uvalde school massacre. John Graham, the assistant superintendent of campus activities and support for Leander ISD, said exterior and interior doors will be checked every week this year.

A summer audit revealed that some doors were not functioning properly. The goal is to repair them all by the first day of school on August 17.

Graham, who’s been with the district for 17 years, said safety has always been a priority. Every campus has a single-entry point called a “secure vestibule.” No one can enter the school until their background check is complete.

“We check your driver's license or your ID through a state system to ensure that you do not have any criminal offenses that we would not want you to be around our kids,” Graham said.

“We have been a district that has put safety and security first for a very long time,” Graham said. “We have been proactive in looking at our emergency operation plan to ensure that we are aligned with the Texas Safety School Center and with ‘I Love U Guys’ protocols.”

Curtis S. Lavarello, the executive director of the School Safety Advocacy Council, said Leander ISD sounds secure. Putting up barriers to enter the campuses, schools and classrooms is important. However, he said school officials always need to be prepared for the worst because dangerous people will bypass all safety protocols.

“Most of them don't come through the front door and check in with their rifle. They're going through gaps that we leave open,” Lavarello said. “At the same time we're putting up barriers, they're breaking them down. They're discovering ways around them. And so it's an ongoing process. Schools get themselves back into a corner when they think, ‘Well, we put gates up. We got this. We have doors locked, and we're all set now.’”

He said that school districts should not have a one-size-fits-all approach.

“Every school should be looked at individually for what they're doing, and where there are opportunities to improve that individual school,” Lavarello said.

Ovidia Molina, the president of the Texas State Teachers Association (TSTA), says the solution is for lawmakers to pass gun reform now.

While beefing up security is helpful, Molina said it’s frustrating that all the responsibility has been put onto educators.

“It sort of makes me emotional because the threat is from the outside,” she said. “We can't stop the threat from the outside. Our educators are going to do whatever they need to do to ensure that they know all the procedures: check the doors more often, be more vigilant. We definitely have this always on our minds. But at the same time, when we have that kind of anxiety, that kind of vigilance, our students are going to pick up on it...And that's the reason that we we continue to ask for help from the outside.”

"Our students, our communities need support, not attacks," Molina said.

Leander ISD welcomes back students in less than two weeks. Graham said parents and staff have expressed their fears going into this school year. He’s encouraging every Leander ISD student, parent and staff member to speak up if they see something that doesn’t seem right.

“It takes our entire community to keep our schools safe,” Graham said.

And for now, while campuses are quiet, he's doing everything he can to create a secure environment.

“We will always do what we can to ensure our schools are safe,” Graham said.